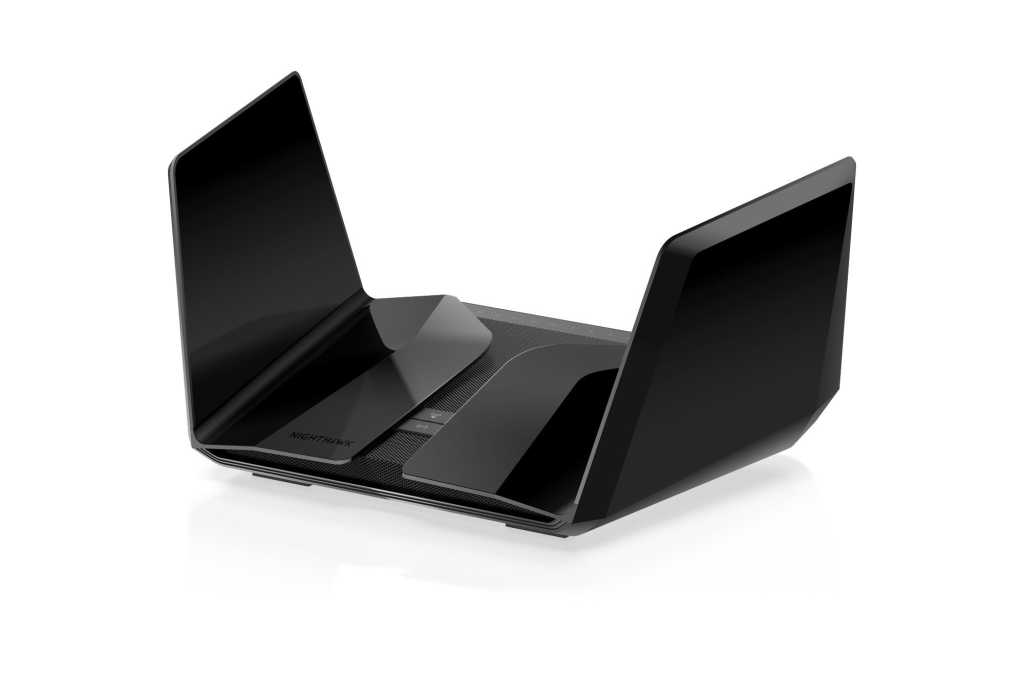 The FCC opened 1,200MHz of bandwidth in the 6GHz frequency band to Wi-Fi in April 2020. The primary benefit is the availability of 59 non-overlapping channels in that spectrum, compared to 25 in the 5GHz band and just three in the 2.4GHz band. Wi-Fi 6e gear is likely to have somewhat shorter range—particularly compared to 2.4GHz—because shorter-wavelength radio signals are more easily absorbed by walls and even the atmosphere.

The Nighthawk RAXE500 is powered by a 1.8GHz quad-core processor and is outfitted with a multi-gig (2.5Gbps) WAN port for those with very fast broadband connections. Two of its five gigabit ethernet ports can be aggregated for either 2Gbps LAN or WAN connections. The batwing-shaped router also has dual USB 3.0 ports. It will be available later in Q1 and sell for $600.

Netgear is also showing a new DOCSIS 3.1 cable modem with an integrated Wi-Fi 6 router. The Nighthawk AX6/6-Stream (model number CAX30) is compatible with cable broadband service from Xfinity, Spectrum, and Cox. It will sell for $300 when it becomes available later this month, joining Netgear’s currently available cable modem offerings, the higher-end Nighthawk WiFi6 AX6000 (model CAX80, $430) and the Orbi Tri-Band WiFi6 Cable Mesh System (model CBK752, or $600 for the router plus one satellite, $450 for the cable modem/router solo).