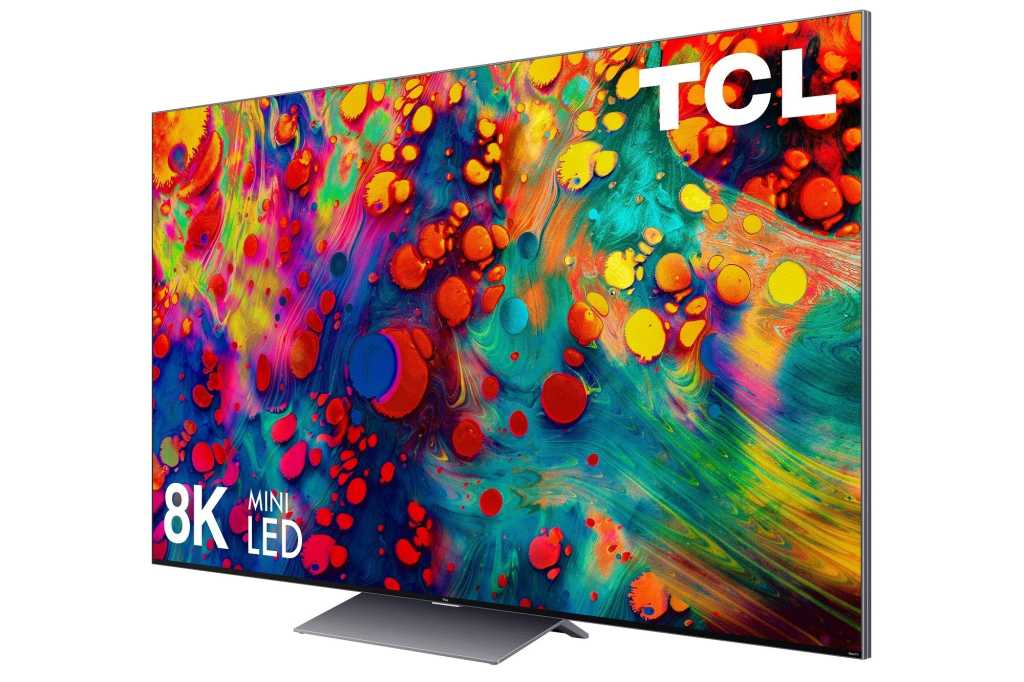 Later this year, TCL will launch TVs featuring its third-generation mini-LED backlighting system, dubbed OD Zero. OD stands for “Optical Depth” and zero indicates the size of the gap between the backlight array and the LCD panel; in other words, there isn’t one. Eliminating this gap should reduce light bleed through adjacent zones, boosting overall contrast and improving black levels.

The company will offer this latest version of its highly granular backlighting, which employs thousands of tiny LEDs instead of hundidreds of larger ones, in its new 8K UHD 6-series TVs. Older 4K UHD 6 series models will remain in the lineup, so don’t assume that 6-series means 8K when you shop.

As do other vendors, TCL claims upscaling will increase the percieved resolution of 1080p and 4K UHD content. If TCL’s AiPQ engine uses the same tricks I’ve seen from Samsung, LG, and now Sony—it will. Content in those lower resolutions really does appear to be significantly more detailed on an 8K set when properly processed.

This article was edited several hours after posting to correct “Optical Distance” to “Optical Depth.”