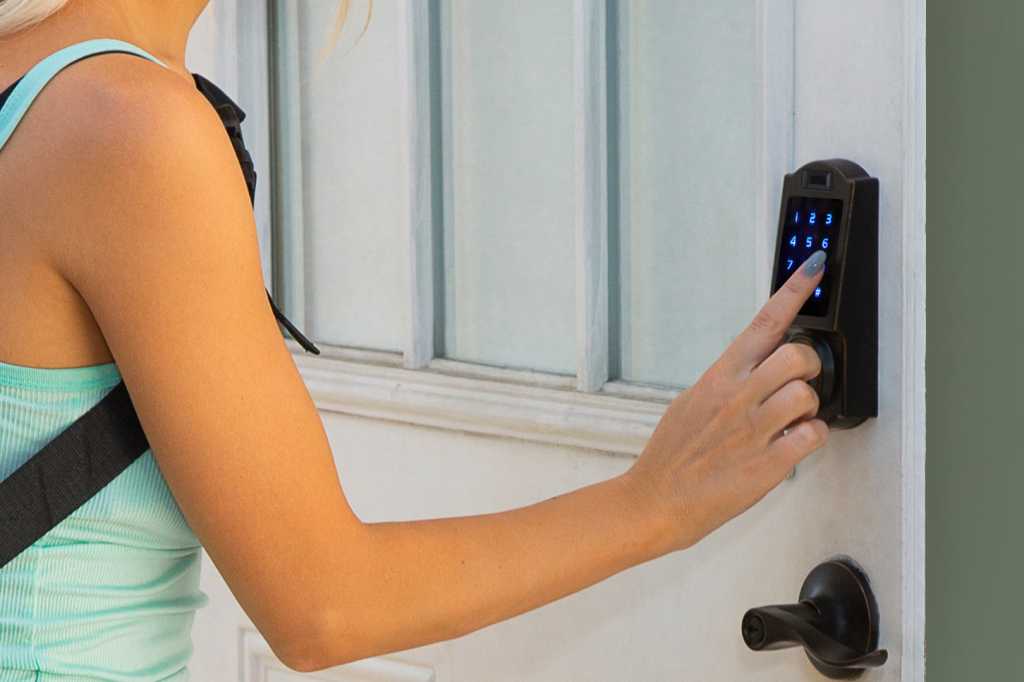 We first encountered the Benjilock at CES in 2019, when the Hampton brand introduced its first padlock equipped with a fingerprint reader. Hampton showed three new biometric locks at CES 2021: A bike lock, a deadbolt, and a smaller version of its original padlock.

All three products keep to the brand’s philosophy of keeping it simple. Each one promises extremely easy set-up, and none depend on Wi-Fi connectivity. The Sport Padlock is significantly thinner than its predecessor and can be used on lockers and such. It can be programmed to recognize up to 10 different fingerprints.

The padlock’s rechargeable battery provides up to six months of use on a single charge and is available now in six different colors from the company’s website at a suggested retail price of $30.

The bike lock works using the same concepts as the padlocks and is available as an 8-inch shackle for $79. It features a pick- and drill-resistant cylinder and a bolt-cutter-resistant, hardened steel shackle.

Finally, the company took its first steps beyond the padlock, introducing the Benjilock Fingerprint Door Lock. The device combines the Benji lock’s biometric technologies with a smart keypad and Hampton’s deadbolt technology. It operates on four AA batteries.

Owners can unlock the deadbolt in three ways: Using their fingerprint, the keypad, or even a traditional key. Like the Benjilock, it stores up to 10 fingerprints, but also accepts up to 25 unique codes. It can be set up without the need for an app. The Benjilock Fingerprint Door Lock will be available in two finishes, Tuscan bronze and satin nickel, for a suggested retail price of $159.