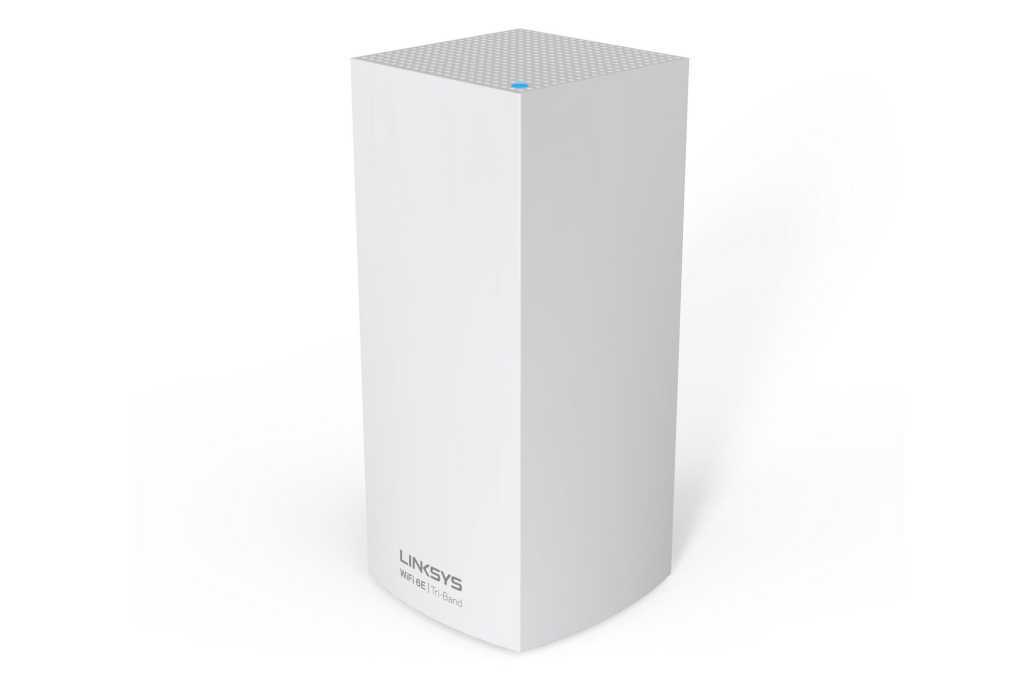 Belkin is focusing on more than just gamers with its first Wi-Fi 6e router, the Linksys AXE8400. With a new version of its Linksys Aware motion-detection technology, Belkin is looking to attract people living in smart homes as well as early adopters looking to stream 8K video and gamers interested in the latest VR tech.

Belkin says its new router will hit the market in the “spring/summer 2021” timeframe, when it will sell solo for $450, in a two-pack for $850, and in a three-pack for $1,200. If you’ve already bought into Linksys Intelligent Mesh technology—first deployed with Linksys Velop routers—you’ll be happy to hear that this new model will be backward compatible with it. Buyers with very fast broadband connections, meanwhile, will appreciate the AXE8400’s 5Gbps WAN port. It’s outfitted with four gigabit LAN ports and one USB 3.0 port.

Belkin will release a new generation of its Linksys Aware motion-sensing technology in the March/April timeframe. The new version will recognize third-party stationary Wi-Fi devices—such as smart plugs, speakers, thermostats, and light bulbs—to expand the network’s ability to detect motion inside the home.

With this optional service, your router can detect disruptions to your wireless mesh network as someone walks around inside your home, using multiple Wi-Fi clients to triangulate precisely where the motion occurred. It will then send an alert to your smartphone.

Today, Linksys Aware is best used as an inexpensive home security system—a subscription costs $2.99 per month or $24.99 per year—but Belkin intends to enhance the service’s capabilities to the degree that it can also be used for telehealth and aging in place.

The aging-in-place promise is particularly compelling, because it allows family members to monitor older family members living alone without the need to deploy privacy-invading technology like cameras.

Belkin says Linksys Aware will become so precise that it will be able to differentiate between a trip-and-fall incident and a person collapsing to the floor while suffering a heart attack. The service will then initiate a call to action: A call to a loved one in the former scenario, or a call to 911 in the latter.

You can read more about Linksys Aware in this story from CES 2020.