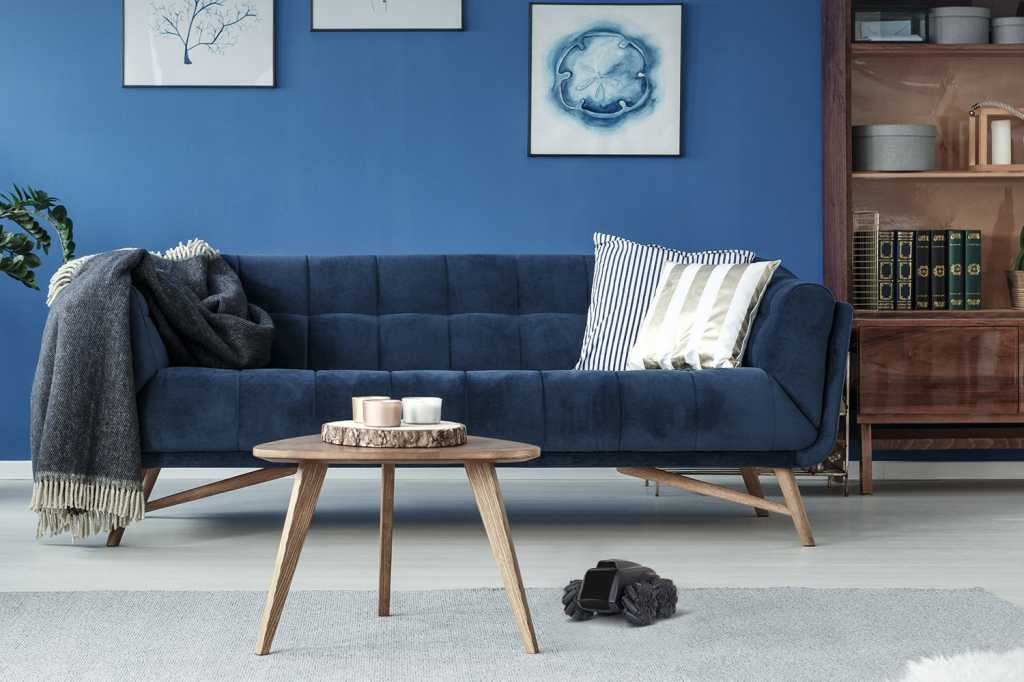 There isn’t too much that hasn’t already been done in the smart camera market. They’re smaller, clearer, and, yes, smarter than any than ever. But the Moorebot Scout has one feature that makes it stand out from the crowd: four-wheel drive.

The Scout consists of a 1080p camera with night vision and two-way audio support mounted to a wheeled chassis measuring just 2.8 x 4 x 4.3 inches. Its tiny size should enable it to roll into the tightest spaces. Even more intriguing: the camera’s integrated artificial intelligence renders it autonomous—it can operate without human intervention.

The quirky gadget is powered by a 1.2GHz quad-core ARM CPU, 1GB of DDR III memory, 4GB of flash memory, a dual-band Wi-Fi adapter, a collection of sensors, and a SLAM (Simultaneous localization and Mapping) algorithm for navigation. The Scout can patrol the interior of your home, recording video clips in response to sound or motion in its vicinity. Video can be stored onboard, sent to the cloud, or streamed to a smart display.

The Scout can avoid obstacles and return to its charging cradle every couple of hours to top off its battery—much like a robot vacuum cleaner. It can even be programmed to automatically follow moving objects, whether it be the family cat or an intruder. It can be manually controlled with a mobile app.

Moorebot also offers an easy-to-use modular programming language, Scratch, that owners can use to customize the Scout to their liking, making it an educational tool for learning how to code. “Scout’s applications range from an intelligent mobile home camera, a pet companion, a surveillance tool for the handyman, and an inspiring, modern learning toy for kids,” said Moorebot CEO Jun Ye.

The Moorbot Scout will be priced at $179 when it launches in the early spring on Amazon. We’re certainly intrigued and look forward to getting our hands on a review unit in the next few months. Stay tuned.