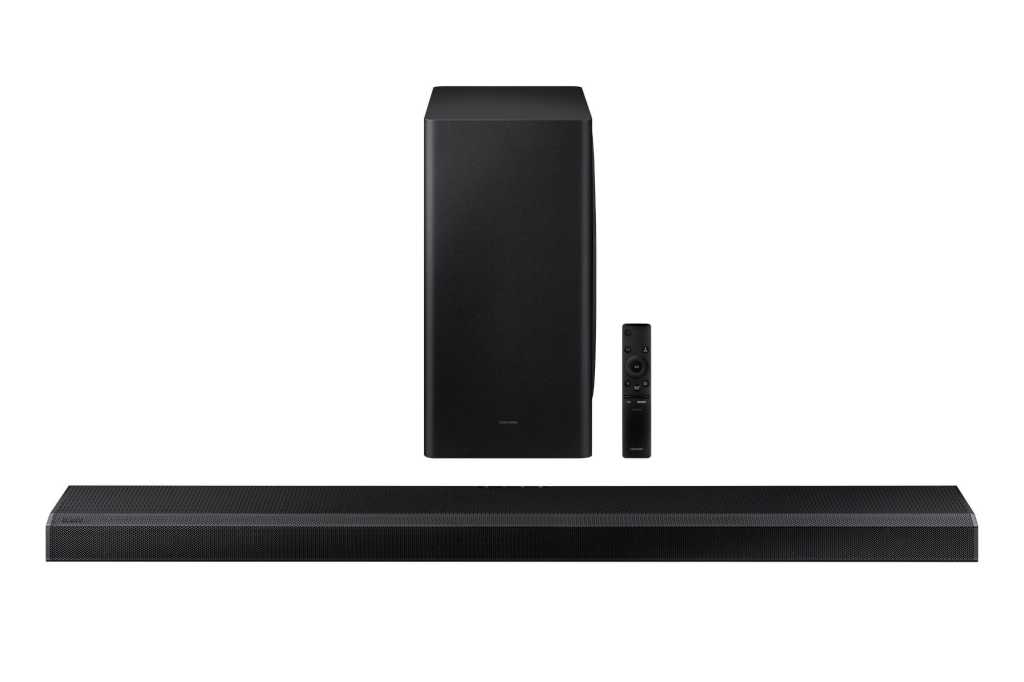 Get ready for a new way to cast audio to Samsung soundbars, with the manufacturer announcing that Apple’s AirPlay 2 protocol is slated to arrive in its 2021 soundbar lineup. Also coming soon from Samsung: built-in room calibration and a high-end, 11.1.4-channel soundbar with Dolby Atmos support. 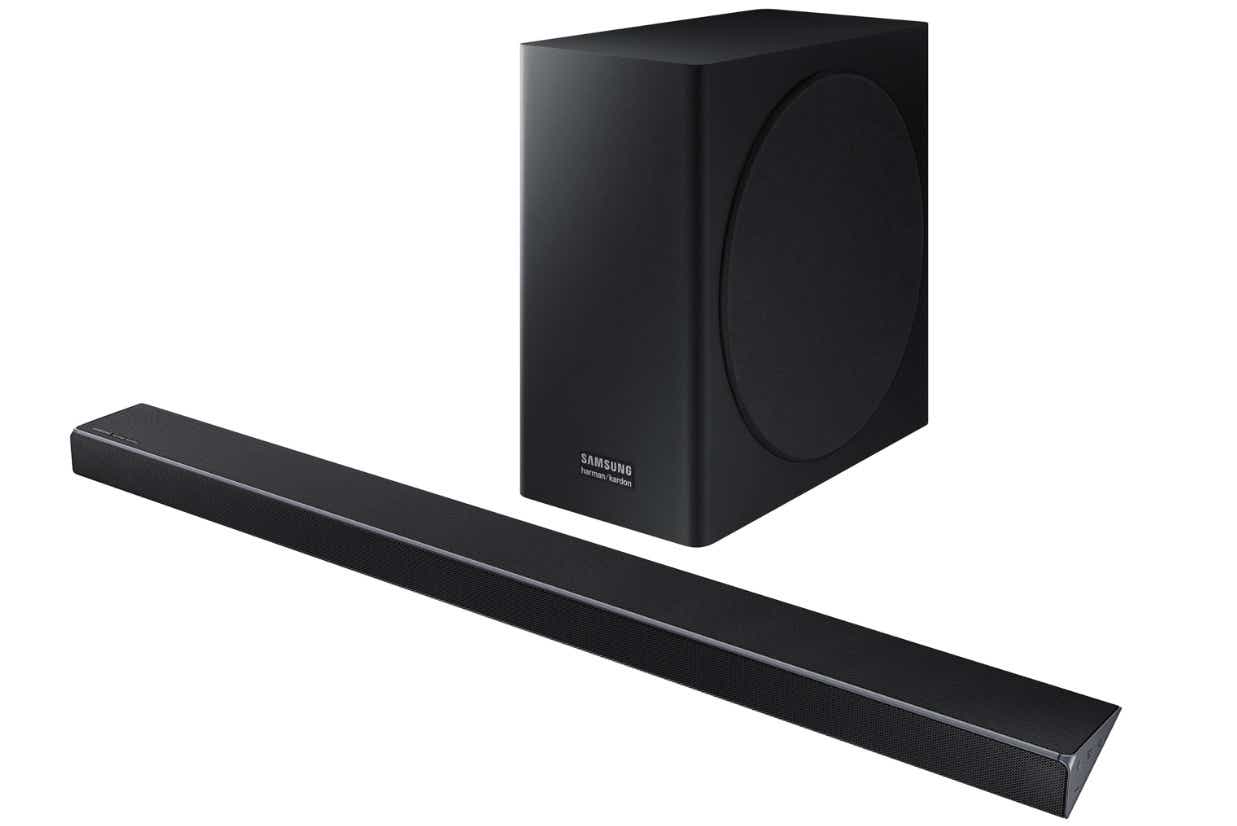 During an online, pre-CES presentation on Wednesday, Samsung announced that AirPlay 2 support is coming to “select” Samsung 2021 soundbar models, perfect for Mac, iPhone, and iPad users looking to cast audio from their devices. Built-in Alexa, which Samsung first introduced in its 2020 soundbar lineup, will carry over into Samsung’s higher-end 2021 soundbars.

Also new for Samsung’s 2021 Q-series soundbars will be room calibration, although it’s a feature that will only be supported if you pair your soundbar with one of Samsung’s Q-series TVs.

The “Q-Calibration” feature detects the acoustics of the room using a small microphone in the center of the TV, which then sends the data down to the soundbar so it can adjust its audio “clarity” and surround effects.

Separately, some Samsung 2021 soundbars will be getting a “Space EQ” feature that fine-tunes the soundbar’s bass response with help from a microphone built into the subwoofer.

Besides support for AirPlay 2 and room calibration, Samsung also said it would release a top-of-the-line Q-series soundbar with a whopping 11.1.4 channels, or two channels more than Samsung’s current high-end soundbar, the 9.1.4-channel HT-Q950T.

The HW-Q950A will arrive with a 7.1.2-channel main soundbar unit (including two height channels for Dolby Atmos and DTS:X content) and a 4.0.2-channel wireless speaker package, with the surround speakers equipped with side-firing drivers in addition to the standard front- and up-firing drivers.

Other new Samsung soundbar features include an Active Voice Amplifier, which detects changes in the ambient noise and boosts the dialog channel to compensate, while a Bass Boost feature kicks up the soundbar’s low-frequency effects by 2dB. Also, Samsung is pledging to increase the wattage of its new entry-level soundbars by 90 watts or more.

Finally, Samsung’s Q-Symphony feature, which allows Q-series soundbars to work in unison with the speakers of a Q-series Samsung TV, will work with additional Samsung TVs this year, including the A80A, Q70A, A60A, and AU8000 lines.