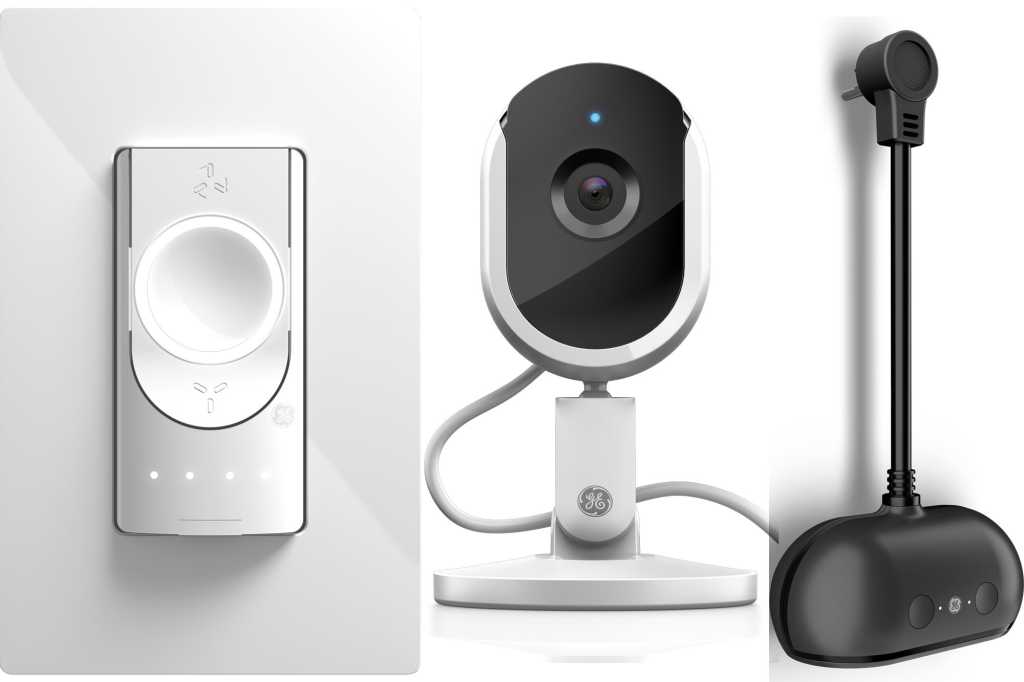 GE Lighting is moving beyond smart lighting products for the first time, announcing an indoor home security camera, a ceiling fan controller, and an outdoor smart plug ahead of CES. These are the company’s first new products since being acquired by Savant Systems acquired in May, 2020.

Savant is also launching a new brand identity—Cync—to replace the awkward C by GE branding the company has used to date (it will retain the familiar GE logo, which is used under license from General Electric). A new Cync app will be released in March, but it will be backward compatible with all the C by GE products, so old and new products can coexist.

GE says the new app will be based on Savant’s software platform, which was developed for professional installations, and will include the parent company’s TrueImage feature that allows users to preview lighting changes—in color and/or brightness—using a photo of their room in the app.

The first new hardware product, expected to ship in March, will be an outdoor smart plug with two independently controllable outlets. The weather-resistant Cync Outdoor Smart Plug will feature Bluetooth for local control and an onboard Wi-Fi adapter to connect to the cloud. A Wi-Fi connection will also enable users to control the outlets with voice commands via Amazon Alexa or Google Assistant.

The Cync Indoor Camera, expected to arrive in May, emphasizes privacy with a mechanical shutter that can be moved over the lens when you’re home and want to ensure video isn’t being recorded. Moving the shutter electronically turns off both the camera and the onboard microphone that allows two-way conversations. It will stream video in 1080p resolution using a 2-megapixel image sensor with HDR and color night vision capabilities. The camera will also be capable of motion and sound tracking, and it has a pan/tilt feature.

Insert a microSD card in the camera and video will be recorded to that local storage, versus being uploaded to the cloud. GE Lighting plans to offer a cloud storage subscription option, but pricing for that service has not been announced.

The Cync Fan Speed Smart Switch connects to your Wi-Fi network and allows you to select four speeds for a connected ceiling fan. A row of LEDs will light up to indicate the currently selected fan speed. Users will also be able to schedule the fan to turn on and off on a schedule, and they’ll be able to group the fan with other GE Lighting smart home products. The fan controller will be offered in four- and three-wire versions, the latter for installations where a neutral wire isn’t present in the electrical box. It’s expected to ship in June.

GE Lighting says it also intends to ship a smart thermostat this year, but it has not released any details about that product. The company also has not yet announced pricing for any of its new Cync products.