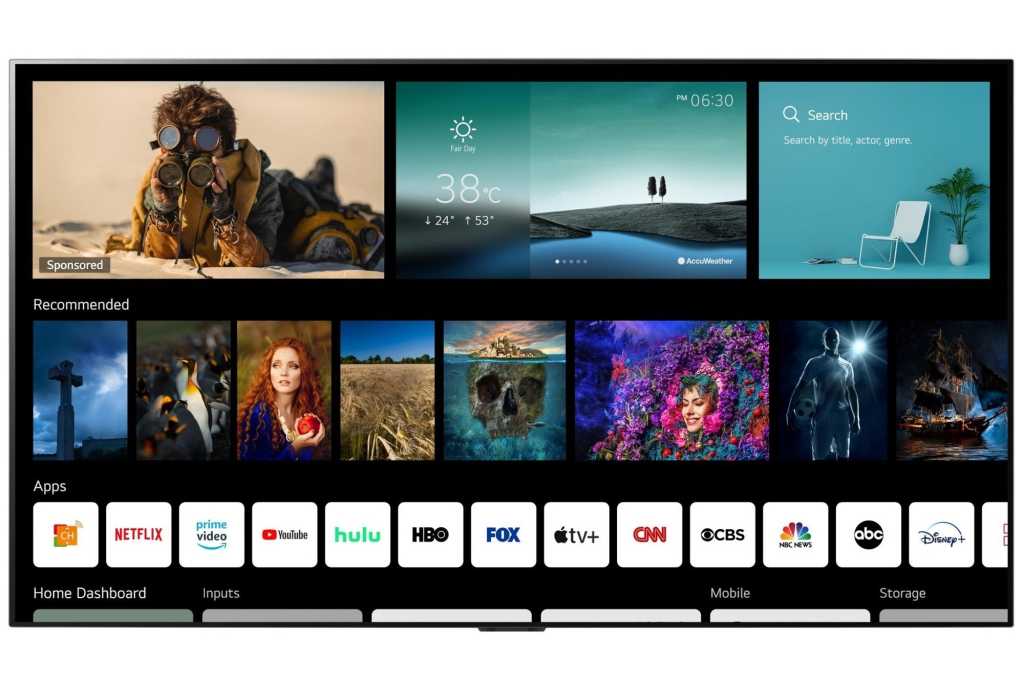 LG announced a new “optimized” OLED element for its 2021-and-beyond TVs that promises more brightness and more accurate color. As for optimized, we’re guessing that means OLED panel lifespan will be increase in some way. OLED elements are subject to burn-in and fade with time, although in normal use, lifespan is measured in decades—longer than most viewers keep their TVs.

LG is also introducing a new brand—QNED—for TVs that combine quantum dot color with miniature LED backlighting. Mini LED, with its tens of thousands of tiny LEDs (first employed by TCL in its 8 Series), offers far more focused delivery of light and more granular control for dimming. This results in better blacks and higher contrast than can be acheived with more typical LED backlight arrays with hundreds of larger LEDs. LG says it will offer 10 4K UHD and 8K UHD QNED models in 2021.

LG’s Magic Remote is one of our favorites, due to its ability to function as a free-moving cursor like a mouse. It gets an update with Magic Tap (NFC), so you can link NFC devices with your TV by tapping them with the remote. Nice touch.

Not to leave the interface behind, LG will be upgrading to version 6.0 of WebOS for the coming year. LG claims it’s more attractive, and easier to use. One would hope so.