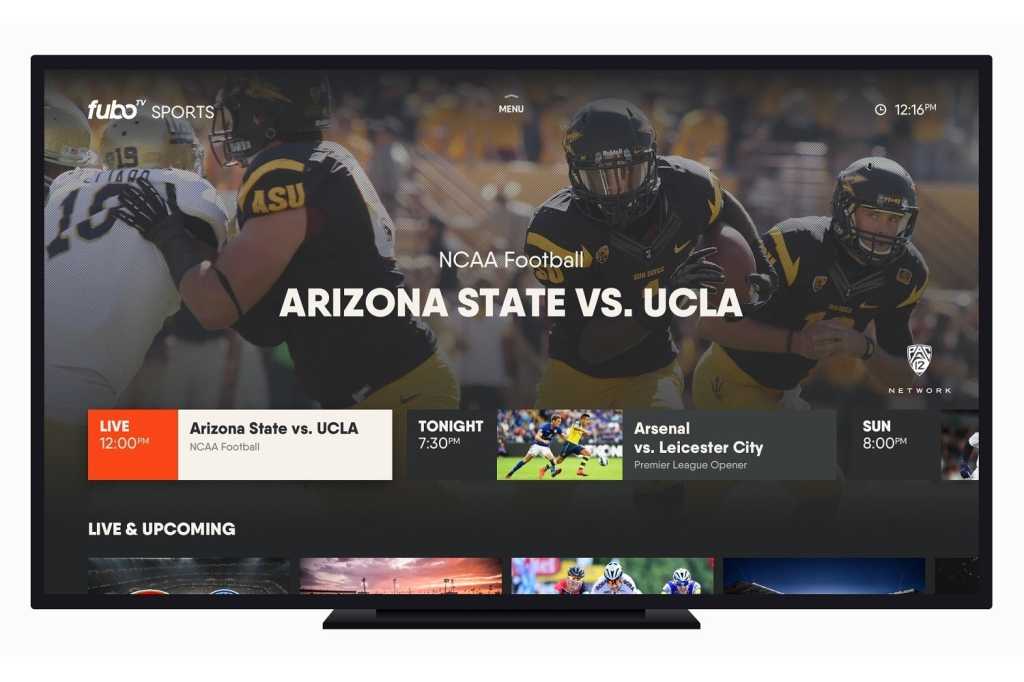 For this week’s column, we spent $65 on FuboTV, so you don’t exactly have to.

With Hulu + Live TV set to raise prices from $55 per month to $65 on Friday, I wanted to revisit FuboTV as a potentially cheaper alternative. The service offers a similar mix of cable channels, including local news, national sports, and a broad range of entertainment channels, but it has a starting price of $60 per month. That undercuts both Hulu + Live TV and YouTube TV by $5 per month.

Fubo doesn’t make the extra savings easy to get, though. The $60-per-month option is buried behind multiple menu layers, and if you’re already a subscriber, there’s no clear way to switch without calling customer service. It’s almost as if Fubo doesn’t want you to sign up for its cheapest plan, which makes you wonder why the company bothers to offer it.

Both plans have the same channel lineup, so if you don’t need a lot of DVR storage and don’t have a family full of cable-channel viewers, there’s no need to spend the extra $5 per month.

Here are the steps for finding FuboTV’s $60-per-month “Standard” plan as a new subscriber:

In fairness, you can also just click this link to head straight to the Standard sign-up page, but Fubo doesn’t make that direct link available anywhere else on its site.

Things get thornier if you’re already a FuboTV subscriber. Over the summer, Fubo automatically moved all its Standard plan customers onto the pricier Family package, while also raising prices by $5 per month across the board. The result, effectively, was a $10-per-month price hike on existing subscribers with no easy way to opt out.

At the time, Fubo sent mixed signals about customers’ ability to downgrade. While The Verge reported that subscribers would need to call customer service to restore the Standard plan, spokeswoman Jennifer Press told me that customers could manage all changes to their accounts online.

Hence our little experiment with signing up for FuboTV. Given the muddled messaging from Fubo and the convoluted sign-up process for new subscribers, I was curious to see whether Fubo’s website does, in fact, offer an easy way to downgrade to its Standard plan.

As of this writing, I’ve been unable to find one. While you can manually remove Fubo’s extra DVR storage and additional stream, doing so only yields a savings of two cents per month. (Asked for clarification, Fubo’s Press again insisted that customers can switch between Family and Standard plans online, but has not provided instructions on how to do so.)

All of which is to say that if you’ve already signed up for Fubo’s Family plan, and want to save $5 per month with the Standard plan instead, you have two options:

Between forcing customers onto pricier plans and hiding cheaper options, FuboTV is starting to embrace the kinds of sales tactics we’ve seen from cable- and satellite-TV service providers. The company even charges a $5-per-month regional sports fee for customers in Houston and Pittsburgh, and users in Houston have told me that Fubo doesn’t display that fee to them in its advertised pricing.

Why does FuboTV do this? My guess is that its Family plan is an easy way to make each subscriber more profitable, especially if they don’t use all the features they’re paying for. And while FuboTV could just discontinue its Standard plan altogether, you’ll notice that the company advertises its Family plan as a “15% savings” on its homepage. That marketing slight of hand wouldn’t hold up if $65 per month was simply the base price.

It’s a shame, because FuboTV is a decent service once you get past the dodgy sales tactics. Its app is well designed, its grid-based TV guide is easy to use, and unlike Hulu, it doesn’t charge extra for the ability to skip ads in your DVR. On Apple TV, you can watch multiple channels at the same time in split-screen mode, which no other streaming TV bundle offers, and it’s been the only live TV streaming service to offer certain events in 4K HDR. It doesn’t offer channels from AT&T’s WarnerMedia—that means no TNT, TBS, or CNN—but its lineup is otherwise comprehensive. (My biggest knock on the service: There’s no visual preview when you’re fast forwarding except on Apple TV streaming boxes.)

I’m not suggesting skipping FuboTV because of its sales tactics—you shouldn’t avoid saving money on TV service purely out of spite—but you should be aware that as cord-cutting becomes more of a mainstream trend, it’s going to attract some of the same practices that gave cable TV its unsavoriness. You’ll need to keep your guard up even after cutting cable.