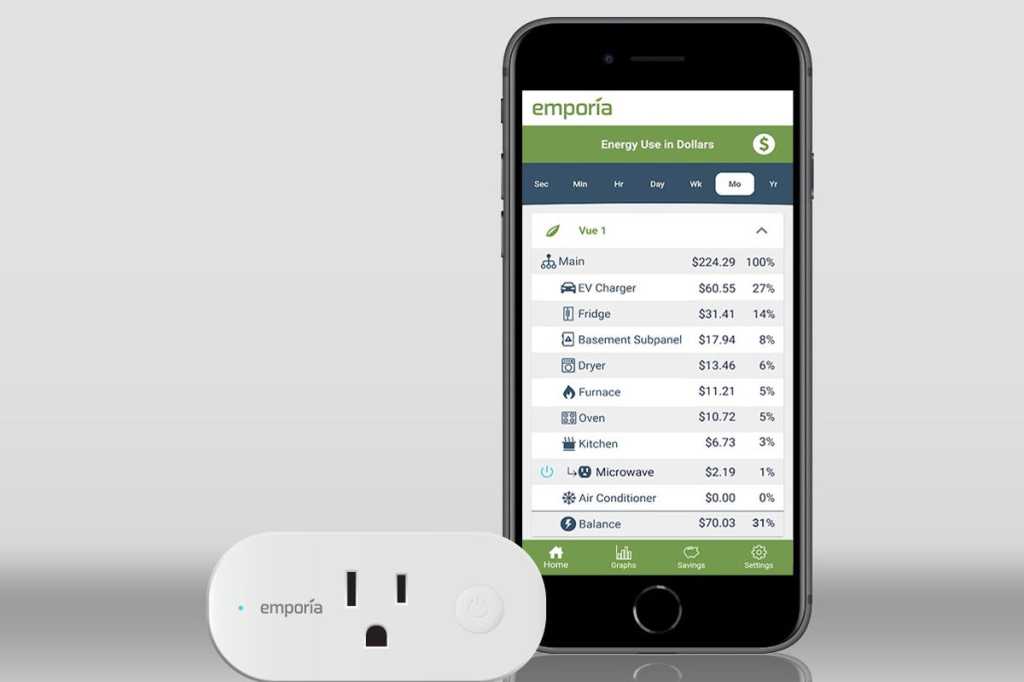 Whether you have an Emporia Vue power system in place or not, the company’s inexpensive smart plug is a great buy.

Emporia is best known for its Vue energy monitor product, and now the brand is expanding—if ever so slightly—into additional power-centric smart home gear. Up first is the Emporia Energy Monitoring Smart Plug, which is designed to work with the EmporiaEnergy mobile app. 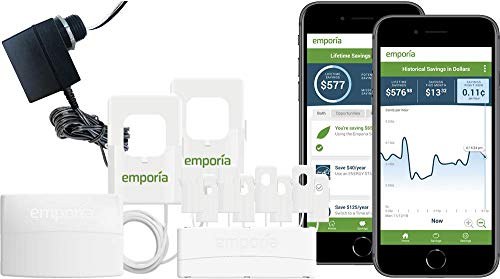 The hardware is straightforward, featuring a single three-prong outlet in the center of a reasonably compact chassis with well-rounded corners. A large power button is placed to the right of the outlet and a status LED appears to the left. The LED is small, but it can’t be disabled. The outlet has a 15-amp limit, or an implied maximum power rating of 1800 watts.

A curious omission here is the lack of printed instructions of any kind. Instead there’s just a QR code printed on the box that directs you to download the EmporiaEnergy app to get you started. The good news is that that process is quite intuitive, and the Emporia app is effective at walking you through the basics of connecting the outlet to your Wi-Fi network (2.4GHz only), which primarily involves holding down the power button for six seconds to put the outlet into pairing mode.

From there, the plug can be assigned to an existing circuit—if you already use the Emporia Vue system—or assigned to a new one. The plug doesn’t directly interact with the Emporia Vue hardware, but there is some synergy between the two devices. Namely, if you use Emporia Vue, a plug can be included as a subcomponent of one of your monitored circuits, so you can further break out and fine-tune the power draw on that specific circuit. But you don’t need Vue to use the smart plug if you have more modest power monitoring goals.

The big draw here is energy monitoring, of course, which the Emporia app breaks down numerically and graphically over a time horizon that you can set, and which can range anywhere from by-the-second to by-the-year. Few products in this category have both the depth and usability of the Emporia Vue outlet when it comes to managing power consumption. The intuitive graphics almost make energy management fun. Outside of the monitoring features, I encountered no trouble with the plug during my testing, it was quick and responsive to commands, and it never dropped offline.

Otherwise, the Vue plug isn’t the most sophisticated of devices. It includes a basic scheduling system, buried under the “Manage Devices” menu, but there’s no countdown timer system to shut power down after a specified length of time. Alexa and Google Assistant are both supported, but not IFTTT.

The $11 price tag (or as little as $6.50 each when bought in a four-pack) is perhaps the icing on the cake, this could be the lowest-priced Wi-Fi outlet with energy monitoring features on the market. It’s definitely a top pick whether you have a Vue system installed or not.