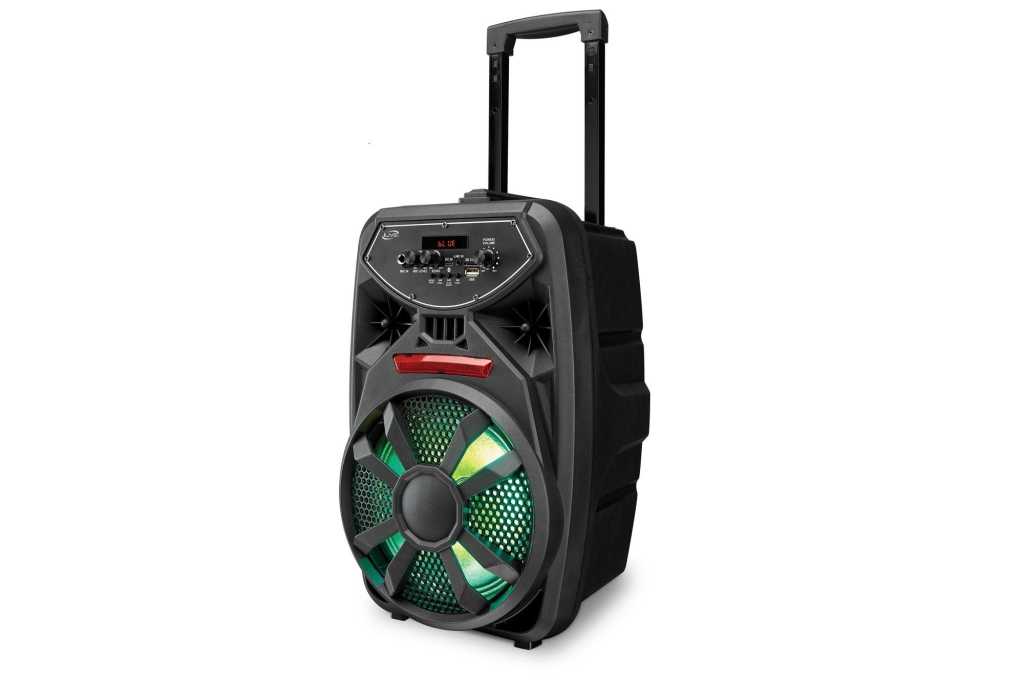 Image: iLive
At a Glance

We weren’t expecting a lot given its $50 street price, but we got more than we expected. The sound isn’t great, but it plays back from numerous sources and is a surprisingly decent light-duty PA.

The iLive Tailgate Party speaker (model number ISB380B) looks heavy, but is startlingly light. In fact, looking so much heavier than it is, I almost launched it the first time I picked it up. Knowing that heavy magnets generally mean better sound, it was a bit of an uh-oh moment. Learning it goes for a street price of just 50 bucks didn’t do much to dispel that notion.

But you know what? While the sound is strictly mediocre (it’s no Mackie Freeplay Live), it’s workable for casual occasions and because of the look, it’s fun. Okay, camp might be a better word, but it’s also decent low-cost, low-volume, super-portable party speaker and PA.

Basically, the model ISB380B (iLive has a whole series of Tailgate speakers) is the guts of a normal Bluetooth speaker transplanted into a largish body made of lightweight plastic. Its enclosure measures a little less than 10 inches at it’s widest point, around 9 inches at its deepest, and just under 17 inches at its tallest. 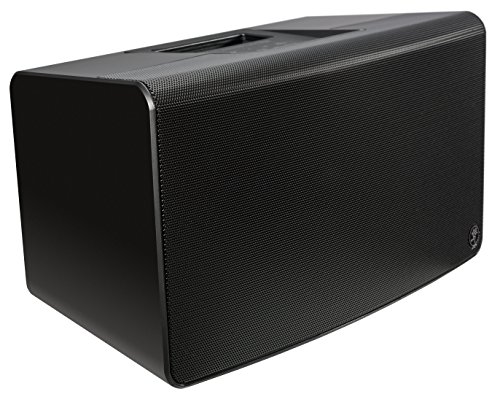 The ISB380B looks like a bling-laden (active RGB lighting), 80’s style boombox crossed with carry-on luggage. The latter is due to the retractable handle and wheels that allow you to pull the speaker around. It’s so over the top that it makes me smile.

Appearances aside, if you need the wheels, you need to work out. If this speaker weighs three pounds I’d be surprised. iLive doesn’t list the weight on the product page, and I didn’t have a scale accurate enough, but I was able to lift the ISB380B easily using just two fingers.

Besides the lightweight materials, there are two other likely reasons for this: a small battery that delivers only 6 hours of run time at half volume, and a small or super lightweight magnet on the 8-inch full-range speaker. As I mentioned, magnets are important with speakers.

Despite all that, this speaker is significantly more versatile than the average Bluetooth speaker. It will play back tunes via Bluetooth, from a USB stick or SD card, and it has a 3.5mm auxiliary input. There’s a high impedance 1/4-inch microphone jack as well. It even has echo so you can pretend you’re in a larger venue.

That’s all found on the front panel, which also features playback controls (next/previous/input/play/pause); the USB-C port for charging the unit; and the microphone level, volume, and echo rotary controls. There’s a single-line LCD display, so you know what track is playing.

The ISB380B produces quite a bit of volume, though it distorts a wee bit when you crank it all the way up. But it doesn’t really pump the bass. There is some—this is an 8 inch driver, after all—but perhaps not as much as most people might expect given the size and depth of the box. There’s enough to know it exists, but not enough to impel, if you know what I mean.

High and mid-range frequencies drop off in clarity as you move off center. As they’re not outstandingly clear to begin with, the sound drops from okay to a bit dull in a hurry.

Compared to cheap stuff in the past, the iLive Tailgate sounds surprisingly good. Compared to modern speakers? Meh. Put another way, forget wine and cheese while listening to Bach; beer and people conversing over the top of the tunes is more it’s target scenario. And the occasional use as a lightweight, small group PA. I was actually impressed with the way it cut through background noise.

A cheap trick (but fun)

The iLive Tailgate Party Speaker (model ISB380B) sounds mediocre at best—there’s a reason you find this and other iLive products for sale at Home Depot). But the iLive Tailgate ISB380B is easy to tote around, fun, versatile, and good enough for a good time at small gatherings. As a mini PA in particular, that’s more than expected for a $70 list price—and much more for a street price less than $50. Party on, guys.