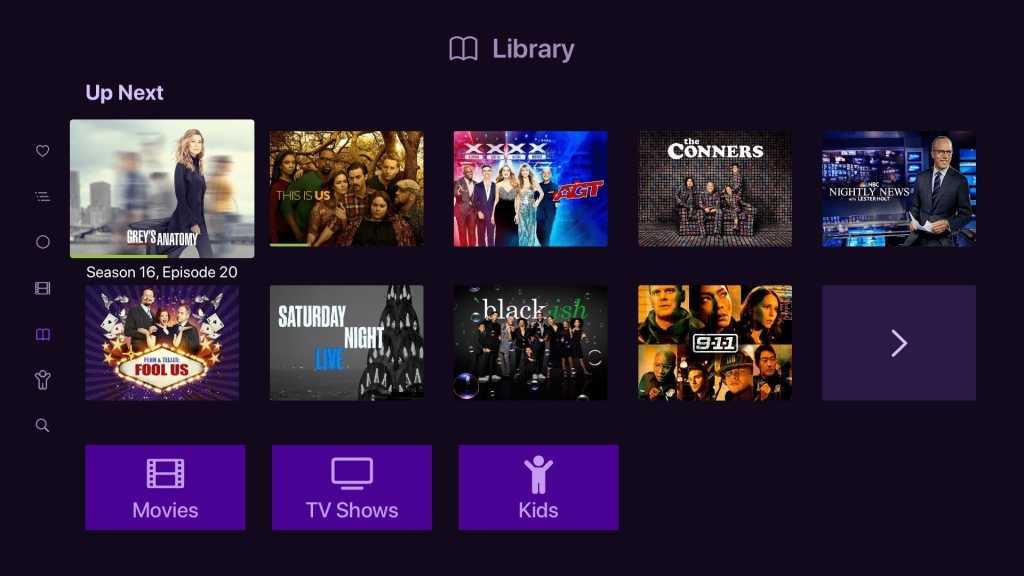 If you’d asked me a couple of years ago to pick the best way for cord-cutters to run their own media servers, I wouldn’t have hesitated to choose Plex.

Plex lets users host their own media files—movies, TV shows, music, and pictures—on one computer, and then stream them to other devices over a local Wi-Fi network or via the internet. In 2016, it added the ability to record over-the-air TV channels from an antenna, and that feature, along with Plex’s overall level of software polish, made it a great option for users who had large libraries of media files and wanted total control over their TV setups.

Lately, though, Plex has been looking for other ways to grow its business. Instead of just building out its media server features, Plex has made forays into streaming content, with ad-supported movies and shows, round-the-clock streaming TV channels, web videos, and podcasts. While Plex is still investing in the media server side, it’s no longer the company’s sole focus.

That’s left an opening for a relative newcomer called Channels from an indie developer called Fancy Bits, which launched its own over-the-air DVR software in 2017 and has been piling on impressive new features ever since. In a way, Channels feels like the new Plex, or at least a continuation of what the old Plex might’ve become had it doubled down on recording and serving local media.

Beyond the TV tuner

Viewed strictly as over-the-air DVRs, Plex and Channels have more similarities than differences. They both require an over-the-air antenna, a compatible TV tuner (such as SiliconDust’s HDHomeRun Connect), a hard drive with ample storage, and a computing device powerful enough to run either service’s media server software. That device can be a desktop computer, a NAS box, or an Nvidia Shield TV Pro streaming box.

Both DVR services also require a subscription, with Plex charging $5 per month, $40 per year, or $120 for life, and Channels charging $8 per month or $80 per year. You can read my reviews of Plex DVR and Channels DVR for more details on how they handle recordings and playback, but lately I’ve given an edge to Channels for its superior level of polish despite the higher price.

Where Channels really stands out, though is in what it can record beyond just over-the-air broadcasts. Last year, Channels added support for capturing TV Everywhere streams, so if you have a pay TV login, you can use the DVR for cable channels. It also added Locast.org support, so you can record local channels without an antenna in certain markets.

Last month, Channels took things a step further: For any legal video source that generates an M3U playlist, you can now add it to Channels and record its content. That means it’s now possible to record free streams from Pluto TV or Stirr, add a live webcam to your channel guide, or even roll your own round-the-clock channels from locally hosted media.

In the clearest shot yet at Plex, Channels can also now serve up video files that you bring in from elsewhere. If you have any ripped DVDs, YouTube downloads, or recordings from PlayOn, you can just use Channels’ web-based setup tool to specify which folder they’re in on your media server device, and any movies or shows in those folders will show up in the “Library” section of the Channels app.

Channels has even lowered the cost of setting up a media server with a simplified installation tool for the $35 Raspberry Pi 4 mini-computer. Installing Channels on a Raspberry Pi used to be an ordeal, but now you can get it running without any terminal commands or modified text files.

To be fair, Plex hasn’t abandoned its media server roots. Earlier this year, the company overhauled its live TV guide and added an option for non-destructive DVR ad-skipping (aping a feature that Channels already offers). Last year, it made a bunch of nitty-gritty server improvements, such as better support for hardware-accelerated transcoding, and a slick new dashboard for monitoring server activity. Plex also released a new version of Plexamp, which is a fantastic app for self-hosted music collections. (Channels doesn’t deal with music at all, and probably shouldn’t.)

Plex also still supports a lot of connected TV devices that Channels doesn’t, including Roku devices; game consoles; and smart TVs from Samsung, LG, and Vizio. To use Channels, you’ll still need an Apple TV, Fire TV device, or Android TV device (such as the new Chromecast with Google TV). Broad platform support has always been important to Plex, but it’s less of a priority for Channels.

What Plex hasn’t done is reduce the friction of starting a media server or make any additions to what you can record on one, akin to what Channels has done. Maybe that’ll change in the future, but my guess is that Plex is more interested in partnering with media companies on streaming than antagonizing them with crafty new ways to record their content.

That’s not necessarily a bad thing if you’re on board with Plex’s vision—ultimately, the company wants to provide a central hub for all kinds of content, both self-hosted and streaming, across practically any device—but the result will be quite different from the vision that Channels is laying out.

In writing about cord-cutting, I get a surprisingly high number of requests from folks who just want a DVR for everything, from over-the-air TV to streaming video. That means not just having all content in one place, but being able to watch it all offline, at any time, while easily avoiding commercials. Channels offers the closest thing yet to that ideal, while Plex seems to be drifting from it.