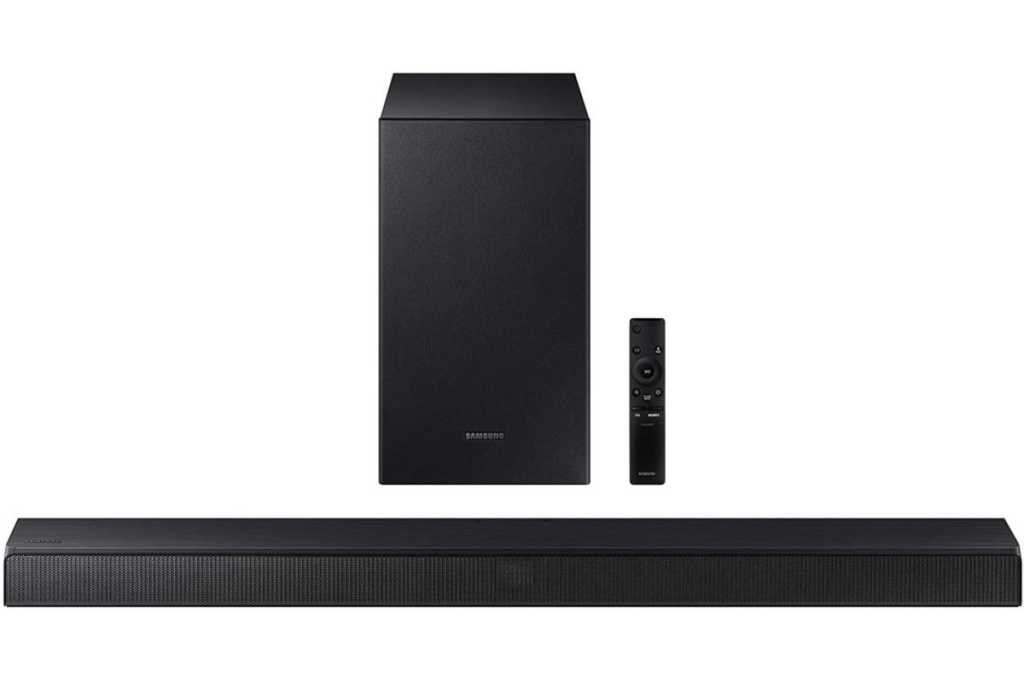 Is it beginning to sound a lot like Christmas in your house? If not, give your audio system a little more oomph by grabbing a Samsung soundbar at Amazon. The online retailer is blowing out Samsung’s TV sound systemsRemove non-product link right now. It’s not clear when the deals end, but it’s always better to pick up a good deal sooner rather than later.

One soundbar that caught our eye was the Samsung HW-T550 for $178. This soundbar usually sells around $228 to $278 and was only released earlier in 2020. The T550 is starter kit for surround sound that includes the 2.1 channel soundbar, a wireless subwoofer, and remote.

Samsung’s soundbar supports DTS Virtual:X surround sound and Dolby Audio. The HW-T550 connects to the television via Bluetooth, though there is the option to use an optical cable as well. There’s no HDMI arc port, so it’s either wireless or optical for connections. This kit also has a game mode for console fans.

There are a ton of other soundbars in this sale, including the newly released Q800T and Q950T kits, which we covered at their launch. Prices vary and some items aren’t shipping until January, but if you just want a quality soundbar and subwoofer for under $200, the T550 is one to look at.