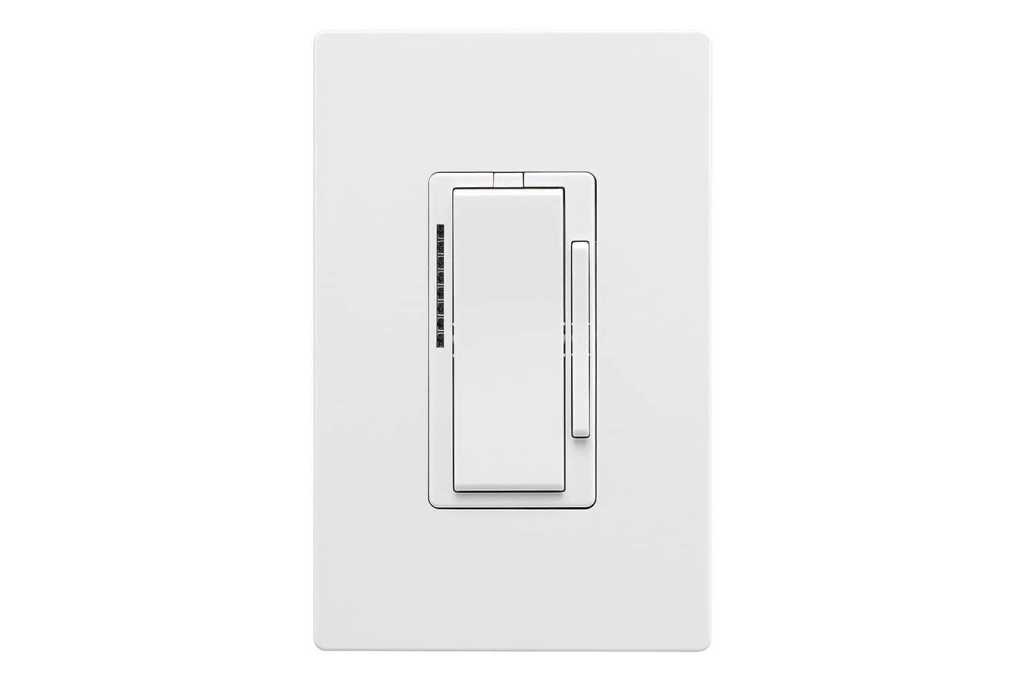 Eaton
At a Glance

Skip the app and connect directly to Alexa to interact with Eaton’s Wi-Fi dimmer—but only if you can get it to work reliably.

Eaton’s new Wi-Fi smart dimmer comes without one common component that is virtually ubiquitous across today’s smart home landscape: A mobile app. Aiming for a “frustration-free setup,” Eaton decided to rely on the Amazon Alexa app exclusively for setup and control.

In smart home reality, of course, there’s no such thing as “frustration free,” and while not needing to download, register, and configure yet another smart home app on my phone (I have more than 100 of them currently installed) was freeing, performance problems and a lack of flexibility ultimately hampered my enthusiasm for this device.

This review is part of TechHive’s coverage of the best smart switches and dimmers, where you’ll find reviews of competing products, plus a buyer’s guide to the features you should consider when shopping for this type of product.

Let’s start with the hardware. The in-wall dimmer requires a neutral wire in the electrical box where it’s being installed, and it works with both single-pole and three-way installations (using either Eaton’s WACD accessory dimmer or a regular three-way switch). Paddles in three colors come with the switch, but a cover plate is not included (Eaton’s spec sheet indicates the dimmer is available in your choice of eight colors, including metallic finishes).

Wiring attaches via covered screw terminals, which are located on three of the four sides of the device. This makes getting everything connected a bit of a challenge, but it’s not as daunting as many switches I’ve tested. I inadvertently mixed up the line and load wires the first time out—it’s tricky because the wiring labels are on the backside of the device, where they’re hard to see—but otherwise the hardware installation was straightforward. 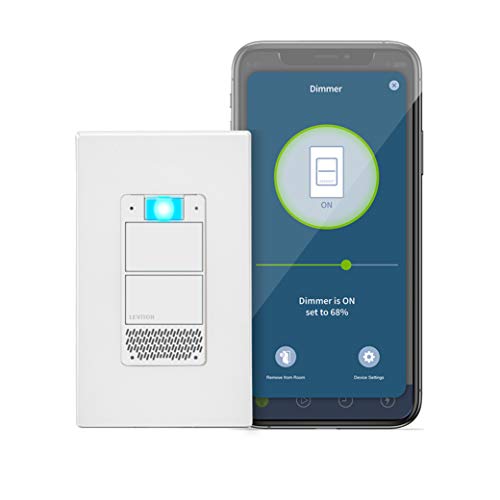 Physical controls include a standard button-style push pad for on/off operations and a slim, separate paddle on the right-hand side for dimming. A column of seven white LEDs on the left-hand side indicates the brightness level of the dimmer, cascading up and down when the lights are activated or turned off. There’s no mechanism to disable these LEDs, and they also illuminate when the switch is having trouble connecting to the network.

Once the dimmer is wired, the next step is as promised to turn to Wi-Fi (2.4GHz only) and the Alexa app to continue setup. You can search for the devices within the Alexa app, or just say to a nearby Echo to “add new devices,” though note that you do not need Echo hardware to use the app with the dimmer.

Initial registration completed without complaint, but from there I experienced more than a few hiccups with the dimmer, driven primarily by frequent and erratic disconnections from my Wi-Fi network. I installed the switch only 25 feet from an access point and had a strong Wi-Fi signal nearby, but time and time again the dimmer would become unresponsive, both to Alexa voice commands and the Alexa app, after disconnecting from the network abruptly.

Eventually the dimmer would return—often within a few minutes—and allow me to interact with it for a short while before dropping offline again. On many occasions the dimmer would appear to be online and working, but would then stutter when commands were sent to it, sometimes taking 10 to 15 seconds to respond to a verbal on/off command. These patterns were played out repeatedly over the course of a week of testing, and I never found any rhyme or reason to its behavior.

Eaton’s smart dimmer is definitely priced on the high end even against name-brand products in this category, particularly since you need to provide your own wall plate. And while Eaton’s Wi-Fi smart product line also includes a switch and an outlet, other large manufacturers have broader plays in this space. Leviton, for example, offers a smart ceiling fan controller, a smart dimmer with an integrated Alexa-compatible smart speaker, and various plug-in products, too.

It’s possible Eaton’s product work better for other users than it did for me, it’s also worth noting that being tied to the Alexa app really doesn’t offer much flexibility to the end user. Firmware updates? Ability to customize LED behavior? These kind of features, which would normally be part of an official app, are nowhere to be found because Alexa just doesn’t support them. Perhaps it’s good news then that Eaton is indeed working on its own app—though it will be completely optional, of course.