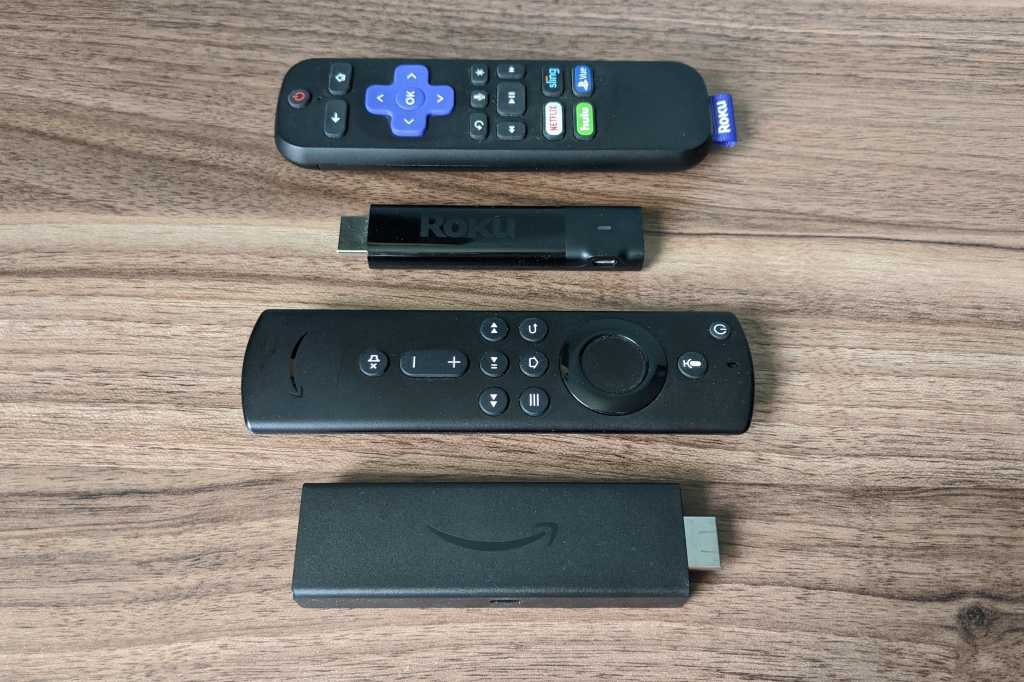 Now that we’ve rounded up the best streaming and cord-cutting deals on Black Friday, it’s time for a little counterprogramming.

While there are plenty of Roku players, Fire TV Sticks, and other streaming devices on deep discount this week, you shouldn’t feel pressured to buy any of them. Chances are that the streaming device or smart TV you already have might be good enough, especially if you bought it in the last few years. And even if you are ready to upgrade, you’ll want to steer clear of Black Friday’s more dubious streaming device deals, of which there are plenty.

Here’s what you need to know about all your options before you go out shopping:

Of all the budget streaming devices on sale this week, the ones most worth of your attention are Roku’s Streaming Stick+ and Amazon’s Fire TV Stick 4K. Both have a regular price of $50, and both are on sale for $30 during Black Friday.

To see everything else on sale right now, check out our roundup of the best early Black Friday 2020 deals.

So what’s the difference? On the hardware front, not much. Both devices have similar performance and support 4K HDR video, although Amazon gets a slight edge for its Dolby Vision support, which provides enhanced HDR on compatible TVs.

The main distinctions are on the software side. Roku’s Streaming Stick+ is simpler to use overall, with a straightforward app launcher and convenient access to free content, and its newfound Apple AirPlay support is a killer feature if you have an iPhone or iPad. Plus, you can use Roku’s mobile app to listen privately to the TV through headphones.

Still, the Fire TV Stick 4K has its own virtues, including a channel guide that integrates various live TV sources, the ability to control the device hands-free with Amazon Echo speakers, and convenient smart home control via the Alexa voice button on the remote. You’ll also need a Fire TV device to use Amazon’s Fire TV Recast, a slick over-the-air DVR solution that’s also on sale this week.

I’d give a slight edge to the Roku Streaming Stick+ overall, but the Fire TV is the better pick if you’re firmly in Amazon’s ecosystem. (Amazon’s regular Fire TV Stick is also a decent option for non-4K TVs, but it’s only a couple bucks cheaper than the 4K version on Black Friday and isn’t as future-proof if you upgrade to a 4K set later.)

Which streaming boxes are best

For those with bigger streaming device budgets, several pricier streaming boxes are also on sale.

Most intriguing? Nvidia’s Shield TV tube, which has dropped to $130 at Best Buy and $129 at B&H, down from the usual $150. It’s not a Roku or Fire TV device—instead, it runs Google’s Android TV operating system—but it supports nearly all the same apps and is super fast. It also has an AI upscaling feature that makes HD video look sharper on 4K televisions, and its remote includes a programmable button that you can map to all kinds of different functions. (Sadly, the more powerful Shield TV Pro that has USB ports and can double as a Plex server remains fully priced at $200.)

Also at the higher-end, the new Roku Ultra is on sale for $70 (reg. $100) and Amazon’s Fire TV Cube is selling for $80 (reg. $120). Both support 4K HDR video with Dolby Vision, and they’re both faster than their cheaper stick-sized siblings.

Again, you’d mainly pick one over the other for their software, although the hardware differences are also more pronounced compared to budget models. The Roku Ultra remote has two programmable buttons you can use to launch any app, along with a headphone jack for private listening. The Fire TV Cube offers neither of those features, but it does have microphones for Alexa built into the box, letting you control your TV hands-free without a separate Echo speaker.

One other wild card to consider: Roku’s new Streambar is also on sale for $100, down from the regular $130. Although it lacks the Ultra’s Dolby Vision support, it doubles as a soundbar, vastly improving the audio coming from your TV if you don’t have an external sound system already.

For all the good deals out there on Black Friday, there are just as many that aren’t worth your money. Here’s a short list:

Here are a handful of specific reasons you might jump to a new streamer right now:

Generally speaking, though, if your streaming device feels fast enough to you, has TV volume and power controls, and supports all the latest streaming apps, you shouldn’t feel pressure to upgrade now. We’ve seen most of these deals before, and we’re sure to see them again in the future.

Likewise, if your television already has smart TV software built-in, and it supports all the streaming apps you want to use, there’s no need to buy a separate streaming player. You can always plug a streaming device into your TV down the road if your smart TV experience eventually falls short.