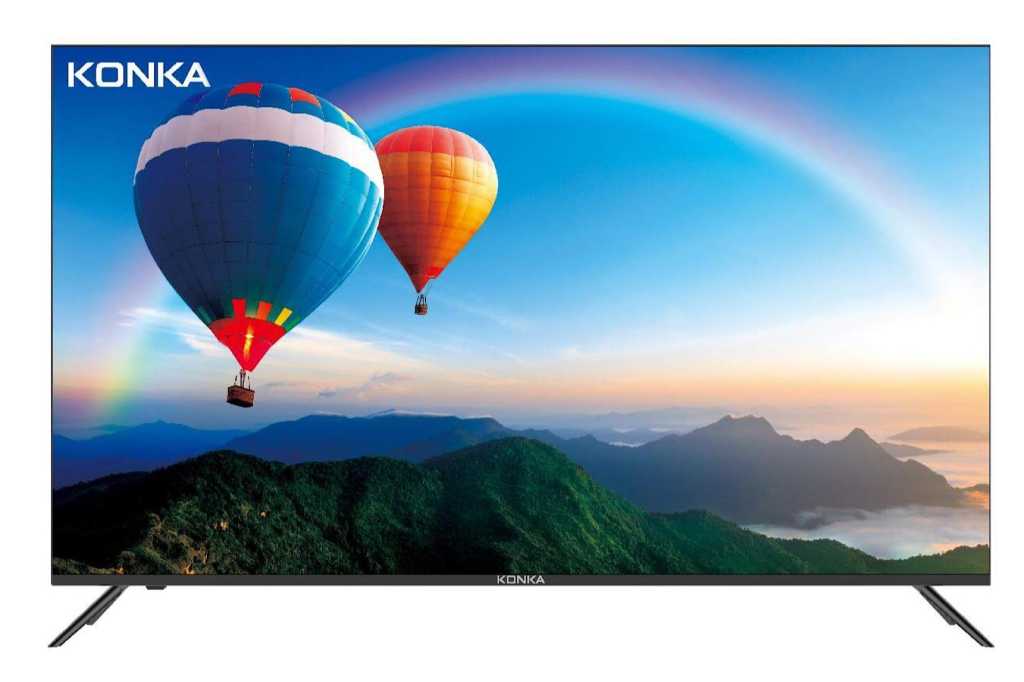 Image: Konka
At a Glance

This is a budget TV that ticks all the technology boxes, but with a picture that’s strictly entry-level. That said, entry-level is a lot better than it used to be.

Konka’s 50-inch U5-series smart TV is a good entry-level set. It’s not a great entry-level set, and there are far better TVs at its $450 suggested retail price. But this TV delivers a decent picture most of the time, and we’re already seeing significant discounts that render it a decent buy as a secondary TV for a kitchen or other room where it won’t be the primary source of entertainment.

The Konka model 55U55A reviewed here is a 50-inch-class 4K UHD (3840 x 2160) TV with a 60Hz refresh rate. It has a very narrow bezel and looked good sitting on our test bench. You’ll also encounter 43-, 55-, 65- and 75-inch iterations at retail. Our test unit was thin and relatively light, so using its 200mm x 200 mm VESA mount point to hang it on the wall shouldn’t require robust hardware. The legs are standard V-shaped units that attach via two bolts, a superior alternative to the screws you’ll encounter on many TVs in this price range.

The port selection includes four HDMI 2.0b ports (one supporting ARC—the audio return channel—but not eARC). There are three USB ports, coax for cable and antenna connections, ethernet, and a headphone jack. Wireless home network connectivity is provided by an 802.11ac Wi-Fi adapter, and Bluetooth 5.0 is onboard for wireless audio streaming. The latter features is a pleasant perquisite at this price point.

My one minor issue with the ports is the way they’re inset: This made it a bit difficult to plug in the oversized USB memory stick that stores some of our test images and videos. It’s doable, just not as easy as it could be. 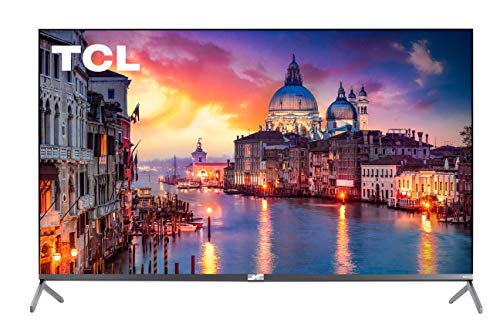 The Konka U5 series uses the Android TV operating system with all the general goodness that entails: Support for Google Assistant, Chromecast, tons of apps, and more. Konka doesn’t add a lot of stuff to the default homepage, but it did provide a DLNA-aware media player, which is something I use quite a bit.

The remote rests comfortably in your hand, offers voice control via the aforementioned Google Assistant, and is generally well laid out. If I had a complaint, it’s that that you can’t stray very far off axis of the TV’s infrared receiver or it won’t work.

That’s a common complaint with less-expensive TVs. You could say the onboard mic obviates the need for pointing the remote at all, but old habits die hard and you don’t want to talk to your technology all the time.

I wasn’t expecting image miracles, given the U5-series’ street prices, and I didn’t get any. This TV does however, deliver an overall picture that’s relatively close to the 43-inch TCL 5-series Roku TV I keep in the bedroom, which was selling on Amazon for $230 at press time).

The U5’s color is reasonably accurate, although it’s obvious that quantum dots are not in play here. That didn’t bother me, but I did find myself ruing the lack of overall color saturation at times. Tweaking, and there are a number of tweaks available (hue, white balance, etc.), didn’t improve things much. It’s basically in the type of backlighting involved, which Konka says is full array.

The other thing I missed was any sort of motion compensation. Fast pans juddered and even slow pans stuttered quite a bit. Those types of scenes are relatively rare in real-world content, but you’ll notice when they happen. It’s one of my pet peeves, regardless of what Hollywood thinks.

Screen uniformity, on the other hand, is good; contrast is decent; and there was just a bit more pop to HDR content than the same content viewed as SDR. Blacks are so-so, as they are with most lower-end LED-backlit LCD TVs. Viewing angles are rather narrow, but the sound was surprisingly adequate—not overly tinny and with a hint of bass. I was expecting much worse.

Note: On 12/23/2020 Konka finally sent a second unit that did not suffer the HDMI/HDR hand-shaking issues originally discussed here that caused a pinkish cast to white and gray tones. Still, check to make sure HDR is handled properly with external devices before ditching your reciept.

Long story short: With most material, watching the 50-inch U5 was a pleasant if not scintillating experience. Here’s hoping we get one of Konka’s higher-end Q7 Pro quantum dot TVs in the near future, so we can see what the company is capable of.

Considering it’s an Android TV, has a more than decent remote and a good if not stellar picture, I’d consider the 50-inch Konka U5 if you find it on sale. It’s dirt cheap at discount and Bluetooth at this price is a nice find. As a general rule, however, we advise that greater happiness ensues if you prioritize picture quality. And there’s a lot of competition in the entry-level smart TV market right now.

Updated December 24, 2020 to report that Konka sent a replacement evaluation unit that resolved our complaint about an HDMI handshake issue that caused problems when displaying HDR content.