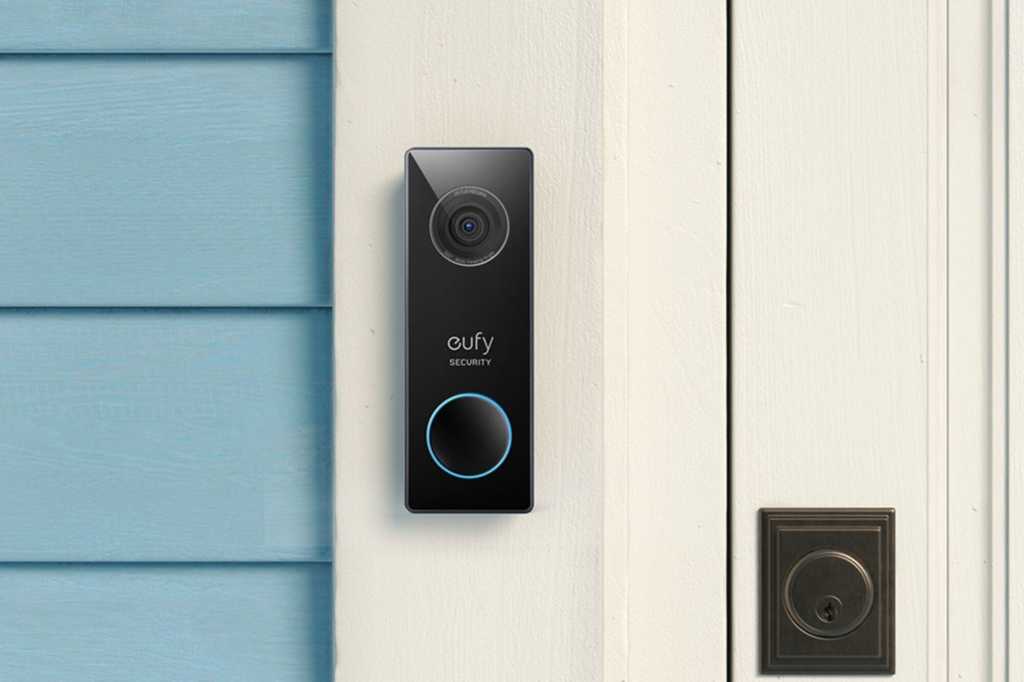 Ready to get smart? Online retailers are serving up steep Cyber Monday discounts on smart bulbs, smart plugs, robot vacuums, smart switches, and everything else you need to turn your dumb home into a smart one.

Of course, the best bargains are over in a flash, so if you see an enticing smart home deal, act fast before it sells out. Also, don’t be surprised if prices change without notice.

To see everything else on sale right now, check out our roundup of the best Cyber Monday 2020 deals.

We’re kicking off our deals with discounted smart lights from C by GE (including an A19 tunable white bulb for a whopping 67-percent off) and Kasa from TP-Link, along with Eufy, Kasa, and Levitron light switches and controllers. Speaking of C by GE, the smart lighting brand is offering its 3- and 4- wire smart dimmer switches (we liked both of them) for 24- and 20-percent off, respectively. There’s also a steeply discounted smart color LED lightstrip from Sylvania, not to mention a Philips Hue deal at Best Buy. And if you want to jump into Amazon’s Ring ecosystem, check out the Ring A19 and pathlight kits, each of which comes bundled with a Ring bridge.

Ring recently kicked off a major sale featuring a wide variety of its most popular security cameras and systems, including the 2nd-gen, eight-piece Ring Alarm kit for 40-percent off and the Ring Peephole Cam for 46-percent off. Not to be outdone, Arlo has unveiled its own deals, include discounts of up to 40% off for the Arlo Pro 3 security cam (which won our Editors’ Choice award). We also have the popular Wyze Cam and Cam Pan, a pair of ultra-cheap (but well regarded) smart cams that are getting 23- and 21-percent price cuts. Other deals include Eufy’s 2K video doorbell (which is getting a 30-percent discount at Best Buy), indoor and outdoor cameras from Blink, EZVIZ outdoor cameras and the touchscreen Yale Assure Lock.

Roborock is offering a flurry of deals on some of its priciest robot vacuums, including a 40-percent (or $240 off) discount for the S6 MaxV (winner of our Editors’ Choice award) and 36-percent off the S4 Max (which we just reviewed). We’re also tracking deals deals on various Roomba models (including the self-emptying i7+ and the mid-range i3+, another Editors’ Choice award winner), along with vacuums from Eufy, and Ecovacs. Last but not least, we have a Shark robot vacuum at Walmart for nearly 50-percent off.

Smart plugs are leading the way when it comes to Cyber Monday deals, including a smart power strip from TP-Link’s Kasa brand and standard and in-wall models from ConnectSense. Up next are digital photo frames, including Aura’s new Carver model (see our review) and a couple of steeply discounted frames from Nixplay. Flo by Moen has several of its smart water shutoff valves and water leak detectors on sale (we’re featuring a kit with a three-pack of water detectors for half-off). Also on sale is an air purifier from Blueair, Chamberlain’s MyQ smart garage door hub (a TechHive Editors’ Choice), a couple of Leviton smart products, and a baby monitor from Lumi by Pampers, while First Alert has a decent deal for its Onelink smart smoke detector.

Want to do your own digging around to see what’s available? All of these stores have sales right now: