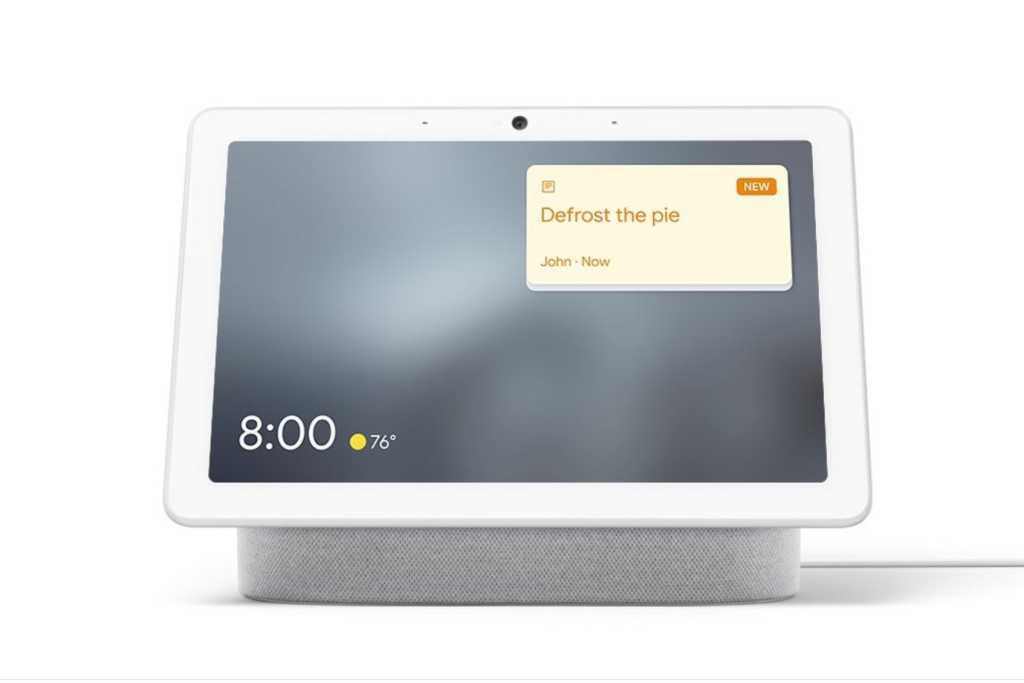 Need to remind the family to take out the garbage, pick up a prescription at the drugstore, or perform some other household duty? Just leave a digital sticky note on your Google smart display.

First announced back at CES in January, the Family Notes feature is rolling out to Google smart displays starting today, along with an update to the Family Bell feature, interactive stories, and “find my family” functionality.

If you tap the virtual sticky, the note will fill the screen, and you’ll also be able to scroll through other family notes that have been tacked onto the display. When you’re done with the note, you can tap the trash can icon to delete it.

Besides bugging your loved ones to take out the garbage or unload the dishwasher, Family Notes could make for an easy, unobtrusive way to let your housemates know that you’ve popped out to the store, or to leave an encouraging note (“Great job on the pop quiz today!”).

Google rolled out the Family Bell feature for Google smart speakers and displays back in August, and I’ve been using it ever since to keep my daughter on track when it comes to her class schedule (“Time for morning meeting!”), snack time, Zoom time with Grandma (at 2 p.m. sharp every weekday), and afterschool activities (“Minecraft modding starts soon”).

Now, Google says it’s adding new sound effects and “suggested” bells to the feature, making it easier to quickly set up bells for (say) setting the table or taking a break.

Even better, you’ll soon be able to pause all your bells for a day, such as on a holiday or a vacation day. That’s a welcome feature, given that you currently need to disable each and every bell if you want to silence them for a day, and then you must re-enable all of them once you’re back on schedule.

One feature that’s still missing from Family Bells is the ability to have them sound on multiple Google speakers or displays at once. For now, individual Family Bells can only sound from a single Google device, which means your kids might miss they bell if they’re in another room (it’s happened with my daughter more than once). Google is “looking into” the feature, a rep said.

Wondering where your older brother went? Now you can ask Google Assistant on a smart display, speaker, or Android or iOS phones to pinpoint the location of a family member. Just ask “Hey Google, where’s Mom?” to track down a loved one.

You’ll need to be at least 13 years old to ask Google Assistant for location data, according to Google.

A couple more family-oriented features are coming to Google smart displays, including new interactive stories that you can launch by saying “Hey Google, tell me a story.” The animated stories, from such studios as Noggin and Capstone, let you flip pages by swiping them, while captions let your kids follow along with the action.

Finally, an upcoming Family tab will act as a one-stop resource on Google displays for all of Google Assistant’s family-friendly features. The Family tab will arrive later this year, Google says.