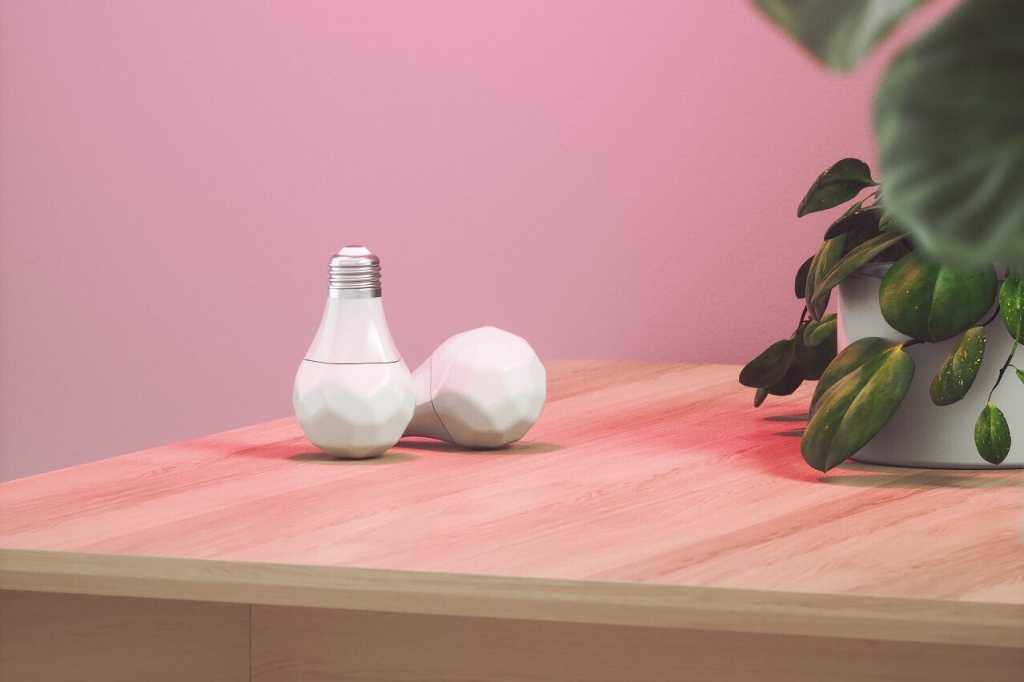 Nanoleaf’s new line of “Essentials” smart lights, including an A19 bulb and a light strip, are slated to go on sale starting today, and they’ll be compatible with the soon-to-ship Apple HomePod Mini via the wireless Thread IoT network protocol.

The Nanoleaf A19 Smart Color Changing LED Bulb and LED Lightstrip are available now for $19.95 and $49.95 respectively in Apple stores (both brick-and-mortar and online) and on the Nanoleaf website. Both lights are compatible with Bluetooth and Thread, a low-power, mesh-network IoT protocol that’s backed by the likes of Apple, Google, Apple, Qualcomm, and Samsung.

Now, it just so happens that the HomePod Mini, which was announced last month and is slated to ship later this week, comes with an integrated Thread radio and can act as a Thread “border” router, meaning it can serve as a bridge between a network of Thread-enabled smart devices and a Wi-Fi network; and from there, to the internet via your Wi-Fi router.

When connected to the HomePod Mini via Thread, the A19 bulb and LED light strip will support such upcoming features (pending firmware updates) as the ability to set color scenes, mirror the colors on your Mac or Windows display, and sync up with your music. And because the HomePod Mini is (like the larger HomePod, the Apple TV, and iPad) a “home hub” device in Apple’s HomeKit universe, it will allow you to control the Nanoleaf lights even when you’re away from home.

If you don’t have a HomePod Mini (and most of us won’t until the speaker ships later this week), you can still control the A19 bulb and light strip via Bluetooth. But doing so means you’ll miss out on the upcoming Nanoleaf features, and you’ll also need to be within Bluetooth range to control the lights.

That said, one feature that will work for both HomePod Mini and Bluetooth users is a circadian rhythm mode, which automatically adjusts the color temperature of the A19 bulb or LED light strip according to the time of day in your region.

We’re also told that the Nanoleaf smart lights will eventually support HomeKit’s native Adaptive Lighting feature, which (similar to Nanoleaf’s circadian rhythm setting) adjusts your lights based on the time of day. A Nanoleaf rep didn’t have a timeline as to when Adaptive Lighting support will arrive.

The Nanoleaf A19 bulb comes with a 120-sided rhombicosidodecahedron (now that’s a mouthful) design, and it shines in up to 16 million colors, with white light temperatures ranging from a warm 2,700 Kelvin to a cool 6,500 K. The bulb is also rated to produce up to 1,100 lumens of brightness.

Meanwhile, the 80-inch multi-color LED light strip can be cut to fit, or you can extend its length up to 10 meters using optional 40-inch extensions. An in-line controller comes equipped with buttons for power, color mode select, and brightness.

In addition to their Bluetooth, Thread, and HomeKit support, the A19 bulb and the light strip are compatible with Alexa and Google Assistant.

Nanoleaf’s unveiling of its first two Essentials lights comes shortly after the arrival of its new Triangles light panels, the second of its Shapes series following its earlier Hexagons (click here for our review).

Nanoleaf has yet to specify what other types of bulbs will eventually appear in its Essentials line, but an earlier promotional image showed what appeared to be BR30 downlights, decorative candle bulbs, and GU10 and/or GU24 downlights.

We already have samples of the new Nanoleaf bulb and light strip, but we’re waiting until we get our hands on a HomePod Mini (did FexEx come yet?) before writing a full review, so stay tuned.