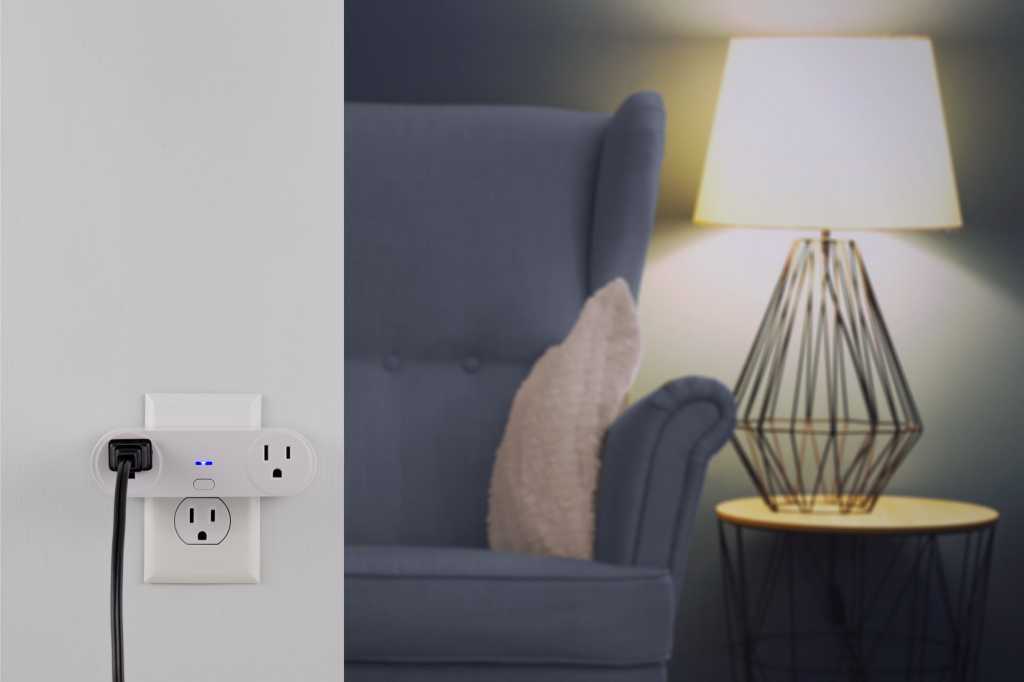 Image: Jasco
At a Glance

This no-frills plug is best for users who can best utilize its unique design, which can accommodate one or two large power adapters.

Enbrighten’s plug-in smart switch devices have historically been oversized monsters that could stand to go on a diet. Fortunately, with its new indoor smart switch—available as a single outlet as well as the dual-outlet configuration reviewed here—said diet has been undertaken and concluded successfully.

The Enbrighten Plug-in 2-Outlet Wi-Fi Smart Switch tells you virtually everything there is to know about it, right in its product name. Designed with two grounded outlets, it’s rated for up to 1,875 watts of general purpose/resistive usage and 1/3 horsepower if you’re using it with something motorized. (Those figures are the maximum total draw for both outlets together.) Connectivity is via 2.4GHz Wi-Fi only.

The first thing you’ll notice with this switch is how widely set the two outlets are. At more than 5 inches across, it’s the widest plug I’ve come across—and it’s certainly far from unobtrusive. While the manufacturer doesn’t really tout this as a selling point, the design makes it easy to accommodate oversized power bricks. At the same time, the switch is narrow enough vertically that it doesn’t block the second outlet in a receptacle. You can’t quite fit two Enbrighten switches in the same receptacle, but there’s plenty of room for a traditional corded device in the second outlet.

A single button in the middle of the switch—again, where it won’t be readily blocked—manually controls both outlets simultaneously. There’s a large blue LED above this power button that illuminates when the switch is on and goes dark when it’s off. You can reverse this behavior—or turn the LED off altogether—in the app.

The switch sets up painlessly with the Enbrighten mobile app, which is decidedly basic. A sizable on/off icon is located front and center, while scheduling and countdown timer options are available at the bottom of the screen. A trio of preset scheduling modes (evening, morning, dusk to dawn) give you shortcut access to some of the most common scheduling routines, but that’s the extent of the app’s features. The switch does support Alexa and Google Home, but not HomeKit or IFTTT.

The Enbrighten Plug-in 2-Outlet Wi-Fi Smart Switch doesn’t offer much in the way of extras; but at a price of a mere $20, it’s reasonably competitive in cost in comparison to other name-brand offerings. If you need individual outlet control or features like energy monitoring, you’ll want to look elsewhere; but if you just need a handy way to turn the Christmas lights on without crawling behind the tree, this is as good an option as any.