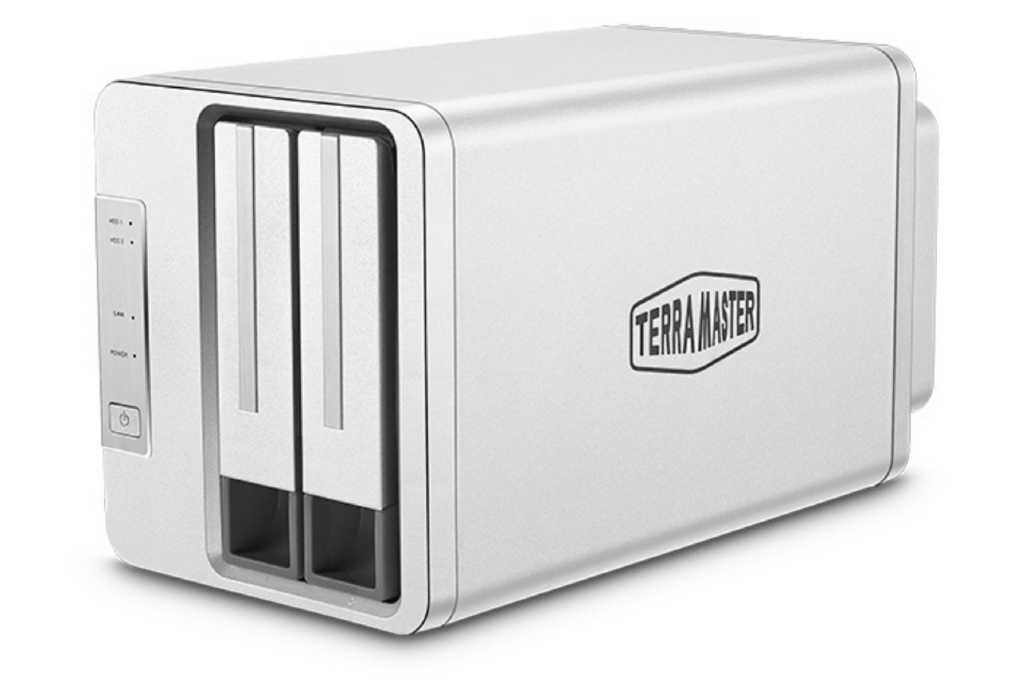 Image: Terramaster
At a Glance

The F2-422 is a good NAS box that performs well over pure 10Gbe connections. It has 99 percent of the features offered by the competition, and the OS is extremely clean and logically laid out. All that said, it’s up against stiff competition from QNAP and Asustor at this price.

Affordable 10Gbe NAS boxes such as Terramaster’s $350 F2-422 are relatively new to the market, but they’re a very welcome addition—at least for those with the network infrastructure to take advantage. That can be 10Gbe or the increasingly affordable 2.5/5Gbps multi-gig.

Depending on your network infrastructure, a box like the F2-422 can mean a lot more streams and considerably faster client backups. Our test unit even sported HDMI—contrary to the specs on the company’s website.

This review is part of TechHive’s coverage of the best NAS boxes for media streaming and client backup, where you’ll find reviews of competing products, plus a buyer’s guide to the features you should consider when shopping for this type of product.

The F2-422 is a two-bay box with quick-change sleds that use screws rather than snap-in rails to secure hard drives. A pair of gigabit ethernet ports are provided, along with a single 10Gbe port. The latter doesn’t function until you’ve installed the OS and the proper driver has been automatically downloaded, so initial configuration is performed using one of the gigabit ports.

Powering the F2-422 is a quad-core, 1.5Ghz Intel Celeron J3455, fed by 4GB of DDR3 in the single memory slot. The box features a metal chassis with a silver plastic shell The fan is extremely quiet, so much so that I had to check a few times to make sure it was actually doing its job.

On the back of the box, along with the ethernet ports you’ll find the A/C jack, two USB 3.0 ports, and an HDMI port—which is not listed in the specs online. HDMI allows you to connect a display and administer the F2-422 locally via a Linux command prompt. Note that the image below incorrectly shows only the outline where the port should be. The HDMI port was present on my test unit, Terramaster confirmed it should be there, and it functioned just fine for command line use. Hopefully, the company will amend the product page to match.

The F2-422 lacks a quick-copy USB port or button on the front, which may or may not concern you. I’ve never actually used quick-copy other than in testing, though it could be handy if say a photographer needs to quickly dump the contents of a thumb drive or the like.

The F2-422 carries a two-year warranty. QNAP offers the same on its similar boxes, but it’s as reassuring as Asustor’s three years. That said, NAS boxes seem to either fail soon after purchase, or not for quite a long time. Given the F2-422’s beefy fan, I’d say not to worry.

Terramaster uses its own flavor of Linux to implement a “windowed OS in a browser” called the TOS, which I’m assuming means “Terramaster Operating System.” Alternatively, if the company has a sense of humor, it might be simply “The Operating System.” Whatever the name, it works well and offers two different file systems.

Btrfs offers advanced features such as snapshots, while the older EXT4 file system is a bit faster. Most TechHive readers looking to stream media from the F2-422 will be better off with the latter. If you’re using the box primarily for business or storing really important data, consider Btrfs. AFP (Apple), SMB (Windows), SAMBA, FTP, and WebDAV network protocols/access are also supported, and there are administration amenities such as power on/off scheduling and email alerts.

Media streaming, a weakness when I first started reviewing Terramaster boxes, is now well provided for: There’s support for the Emby media server as well as DLNA (with real-time 4K transcoding), Plex, and iTunes.

Miscellaneous applications include the Transmission BitTorrent client, a text editor, a PDF viewer, and ClamAV anti-virus. A host of business-related programs and programming tools, including Python3, Joomla, SugarCRM, OrangeHRM, IceHRM, and PhP are on hand as well. If you’re running a small- to medium-sized business, these can save you a ton of cash.

VirtualBox allows you to run virtual machines, and the F2-422 has enough processing power to make it bearable in terms of speed. If that’s your aim, however, you might want to replace the 4GB SoDIMM with an 8GB module.

One thing missing from the repertoire is support for video surveillance, something that’s commonly offered by other vendors. If you’re up to it, there are Linux apps you can sideload for the task.

Backup comes in the form of Terramaster’s own simple utility, which handles Rsync to other boxes and backup to local USB drives. The CloudSync utility syncs with OneDrive, Google Drive, and DropBox, and there are separate applications for those cloud-storage services as well. Time Machine is supported for Mac users and there’s a link in the app store for Aomei Backupper, a very capable free desktop backup client for Windows.

Terramaster provides a web portal and access from mobile devices via its TNAS mobile app. You can use it to back up the files from these devices, and as a streaming-media app of medium effectiveness. You need to be running TOS 3.0 or later.

There’s still no support for automated remote-to-local backup, but you can install Net2FTP and perform manual backups via FTP or SFTP.  If you’re curious as to why I mention remote-to-local backup support, check out this article on automating backups without need of third-party desktop backup client software.

The F2-422 turned in very good numbers via its 10Gbe port. As hard drives would be an obvious limiting factor, I tested with two SSDs in RAID 0. As mentioned, you need to connect via one of the two gigabit ports first, then download the OS and driver before the 10Gbe port will work. This took quite a while in my installation. Long enough (several hours) that I asked the company what was going on.

My guess is that Terramaster is using the same boot ROM for a lot of its boxes, and extra features are added via the Internet. It took a long time for the apps to load into the a pp manager as well.

Whatever the case, by the second day, the 10Gbe port had shown up and provided the following results connected via a Zyxel switch. Note that a SFP+ to 10base-T adapter was used at the switch end.

Just under 600MBps reading, and about 425MBps are largely on par for our current test setup. 2.5Gbps performance was also on par at around 295MBps. Though not shown, gigabit performance will be around 119MBps, which is as fast as any box will transfer data via that older standard. I had no 5GBps ports on my current set of switches, but I’m sure that will be on target as well—usually around 350MBps to 400MBps. That folks, is a vast improvement over gigabit.

Note that all network connections are limited by the slowest link in the chain. If there’s a gigabit port in the chain, that’s what you get. 2.5Gbps in the chain, that’s what you get. That said, attach the F2-422 to a switch or router that supports 10Gbe, and the switch can utilize that extra bandwidth by divvying it up between more devices, no matter their speed. In other words, you should be able to stream movies and/or back up more devices at the same time. You can read about greater-than-gigabit-home networking here.

Regardless, if you’re a fan of Terramaster’s keep-it-simple approach, this box won’t disappoint.