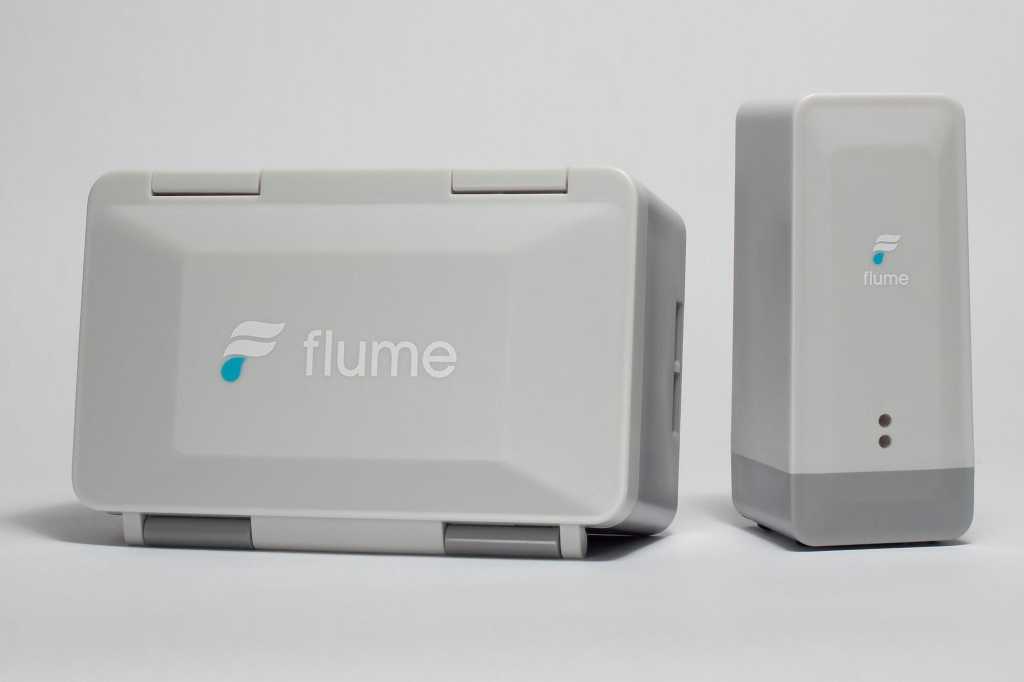 Flume 2 is a great way to understand your home’s water usage, and new improvements to its wireless infrastructure enhance its stability.

As in-home disasters go, a water leak is among the worst of the bunch, made even more troubling by the fact that many leaks go undetected in the form of unnoticed drips or toilets that never stop running, all of which can drive up your water bill—not to mention the insidious damage water can cause to your home. Wouldn’t it be nice to be alerted to such problems electronically?

The original Flume arrived last year as a clever solution to this, letting you track how much water you’re using and, more importantly, sussing out any leaks you should know about. Now the system has been updated and improved with the launch of the Flume 2.

The overall concept is the same, but the Flume 2 is a significant step ahead of the first version, which I also tested for several months. Like the original, the Flume 2 consists of two main components: a battery-powered sensor that you strap to your water meter with a tough rubber band, and a bridge that relays the radio signal from the sensor to your Wi-Fi network (and from there to the Flume mobile app).

Cosmetically and functionally, both devices have been significantly enhanced. The sensor is now considerably larger, in part because Flume says its batteries now last twice as long and in part because the wireless signal is much stronger. This is great news, because loss of signal was a major issue in my testing of the original Flume, due

to the fact that my water meter is located not near the house but rather at the street about 200 feet away, buried underground inside a concrete vault.

The bridge is still a small device that plugs in to an outlet inside your house as near as you can get it to the sensor. The bridge hasn’t changed significantly, but it does look a lot more appealing now, and the spindly antenna that made the first version of the bridge look like a kid’s science project has been removed.

As a reminder, installation means getting your hands a bit dirty, unless your water meter is conveniently located in a basement or garage. Flume includes rubber gloves and a plastic meter cover opener to help you out, which is convenient. Once you do get the sensor strapped to the meter (which shouldn’t take more than 5 or 10 minutes) and the bridge connected to your Wi-Fi network via Flume’s app, it’s quick work to get everything running. Flume asks you to run the water for a minute or two to ensure it’s detecting water flow, after which setup concludes and you can begin tracking your home’s water usage in earnest.

I’m happy to report that I didn’t encounter any trouble during setup thanks to the Flume 2’s improvement to its wireless range. And while the system did report that it lost its wireless connection a couple of times over the weeks I tested the unit, it was always quick to reconnect and never lost any of my data.

The Flume app hasn’t changed much in the last year, and it really couldn’t be easier to use—in part because it’s largely designed to be a passive monitoring system. One panel in the app shows the day’s water use so far, another indicates if water is actively running (and how much), and a large panel at the bottom provides a 24-hour graph of your usage, broken down hour by hour. A budgeting system lets you track usage against a target you set—although Flume doesn’t provide much guidance in figuring out what “normal” water usage really is.

One new addition to the app is its ability to determine whether water is being used inside or outside for irrigation, although this was still in beta during my testing. Flume didn’t catch some of my initial irrigation runs—I felt it was rather obvious that a usage of 300 gallons of water over the course of one hour couldn’t possibly be anything else—but after a few days of testing, it finally caught on. In 2021, Flume says it will be able to break down water usage by appliance and fixture, which sounds useful and compelling, but we’ll have to see if those claims measure up.

Flume says that it has “digitized” more than a billion gallons of water since its launch, that 70 percent of all Flume users have found a leak thanks to the system, and that the average Flume user reduces water consumption by 10 percent after installing it. Those are powerful statistics, and there’s no question that the system can provide real (monetary) value to any homeowner concerned about water usage and/or leaks. The enhancements to Flume’s wireless capabilities in this new version simply make it an even better investment.