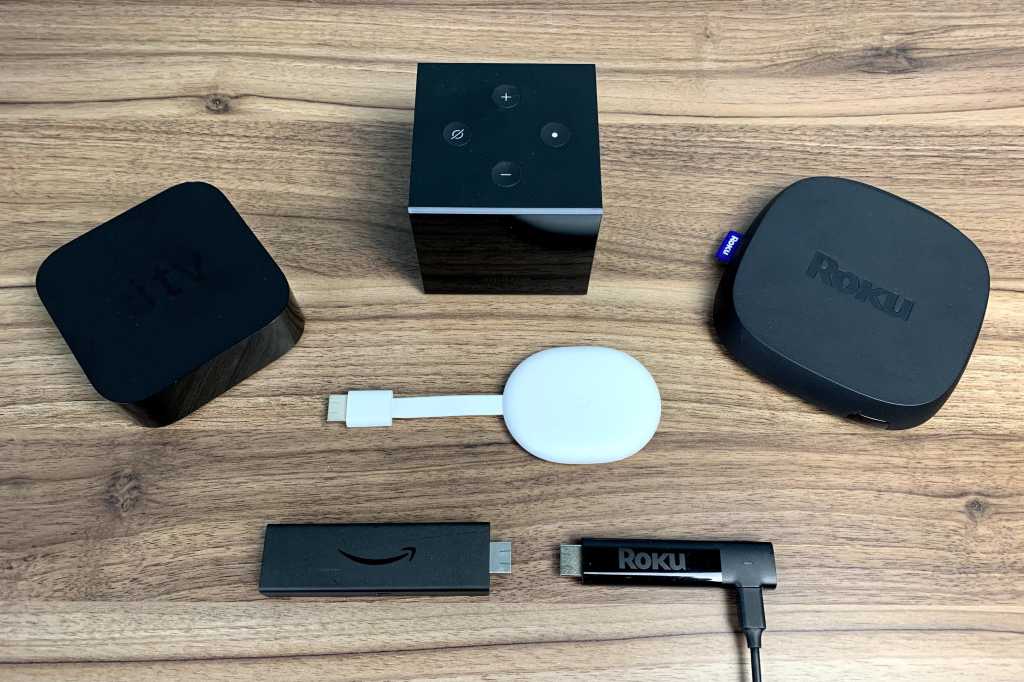 On paper, most modern streaming players have the same Wi-Fi capabilities. Whether you buy a Roku Ultra, Amazon Fire TV Stick, Apple TV 4K, or the new Chromecast, you’ll be getting a device with dual-band Wi-Fi 5 (aka 802.11ac) support, which should provide a speedy connection on most recent wireless routers.

But specs don’t tell the whole story. This week, Roku released a new version of its Roku Ultra streaming box, and it came with an unusual claim: Despite no change to the Wi-Fi chip inside, Roku says the new Ultra offers 50 percent more range than last year’s version.

My Roku Ultra review did indeed find some modest connection speed gains for the new model, but it also made me wonder how the Ultra compares to other streaming devices. So, I decided to go further down the rabbit hole, comparing real-world Wi-Fi speeds on the new Roku Ultra against several streaming players from Roku, Apple, Amazon, and Google.

Those tests turned up some surprising differences. Even with the same Wi-Fi specs, your choice of streaming device could have a big impact on streaming quality.

To test performance in ideal, moderate, and difficult conditions, I ran speed tests in three locations: In my office on the same desk as my Wi-Fi router (a speedy Asus RT-88AXU), in my basement entertainment console, and on the basement floor at the opposite corner of the house from my router. My internet service provider is Spectrum, which offers advertised speeds of 200 Mbps.

Unfortunately, each platform offers different speed-test tools, so this test has some inherent variables. Roku has a speed test in its settings menu and inside the Netflix app. Fire TV and Chromecast have Netflix’s speed test and a third-party Internet Speed Test app from RedMango Analytics. Apple TV has RedMango’s app and Speedtest by Ookla, but no Netflix tool. To level things out, I ran several passes of two different tests on each platform, I then averaged the averages of each test for an overall number.

Of course, there are many more variables that might affect your own setup, such as your internet speed, your router, and the layout of your house. All of which is to say that you shouldn’t take these results as gospel, revealing as they might be.

First we’ll look at the results for my router’s 5GHz band. This tends to be faster than the 2.4GHz band on wireless routers, but it doesn’t have the same range:

And here are the results for the 2.4GHz band, which can reach farther but is typically slower than 5GHz connections:

What should one make of these results? Here are some takeaways:

Boxes beat sticks: The most interesting finding in these tests is how streaming boxes such as the Roku Ultra, Fire TV Cube, and Apple TV outperform smaller sticks. In my tests, both the Roku Streaming Stick+ and the Fire TV Stick 4K became unusable at long range. Meanwhile, the Chromecast with Google TV’s 2.4GHz speeds dropped off significantly at the far corner of my house and would not connect on the 5GHz band.

Why would this be? Perhaps as Roku insinuates with the Ultra, the larger design of streaming boxes leaves more room to optimize the wireless antennas inside. Keep that in mind if you’re setting up a streaming player in a location distant from your router (or its nearest mesh access point, as the case may be).

Roku devices have speed limits: Even though my internet provider offers speeds up to 200 Mbps, Roku devices never exceeded 100 Mbps in any of my tests. Roku says that’s by design, as the company has opted to focus on range rather than connection speed. In a statement, the company says it doesn’t use the 40MHz or 80MHz wireless channels of wireless routers, arguing that they’re more prone to interference, and that can affect its maximum speeds.

The company has a point. Even for 4K HDR video, your streaming device shouldn’t need connection speeds of more than 25 Mbps. Faster speeds would only be of use for some some niche applications, such as streaming ripped 4K Blu-ray files from a local media server, or using cloud gaming services (and Roku doesn’t even support the latter).

Apple TV and Fire TV Cube reign supreme: The problem with Roku’s range claims is that they don’t add up to an advantage over other streaming boxes, at least not in my tests. Both the Apple TV 4K and the Fire TV Cube provided faster speeds than the Ultra, even at the far corner of my house. The Apple TV’s average of 101 Mbps on the 5GHz band is downright impressive considering that the streaming sticks I tested couldn’t connect at all.

Spectrum deserves some kudos: As an aside, it’s all too easy to hate on our internet providers for offering subpar service. So in the spirit of positive reinforcement, let’s give Spectrum some credit for exceeding its advertised 200 Mbps speeds in my neck of Cincinnati.

Not too much credit, though. The fact that Spectrum has competition here from Cincinnati Bell Fioptics might have something to do with its overperformance.