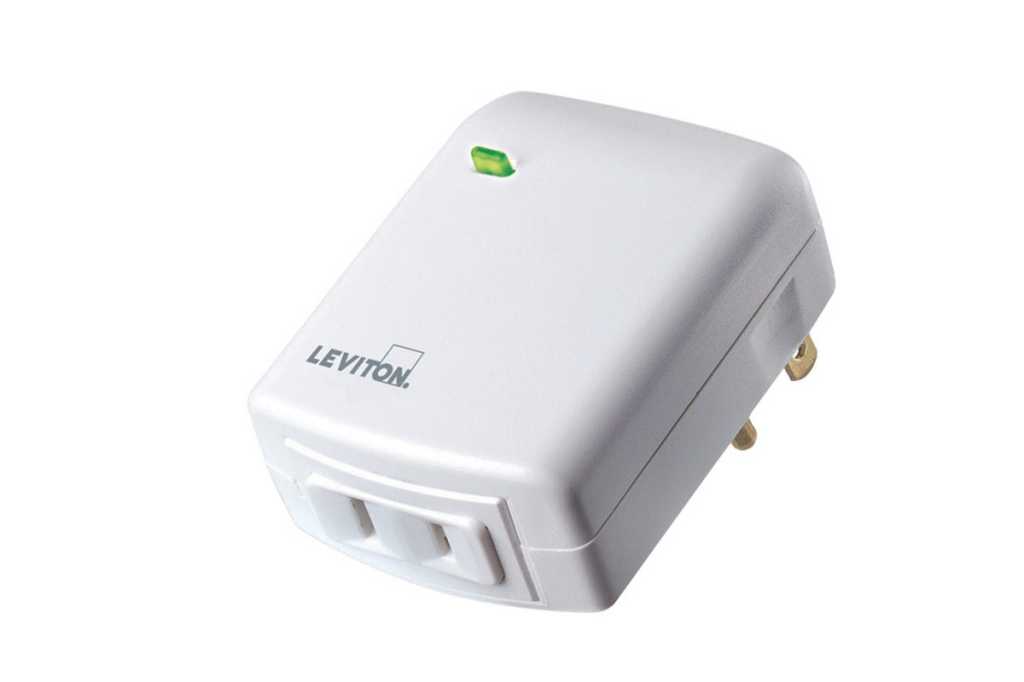 With virtually nothing in the way of extra features, this simplistic dimmer just doesn’t measure up to the competition.

Zigbee adherents don’t have a dramatic number of products with which to outfit their smart home, so it’s always good news to see some innovation in the category. With this expansion of its Decora Smart product line, Leviton now has a collection of Zigbee 3.0-certified smart lighting products offering a variety of security and performance updates.

Leviton’s model DG3HL plug-in dimmer looks identical to the company’s other plug-in dimmers, including its Wi-Fi and Z-Wave versions. The compact device features a single two-prong outlet, positioned downward—so you’ll need to install it in the lower outlet to avoid blocking the second outlet in a standard receptacle.

A small button on the face of the device is illuminated in green when the switch is turned off (serving as a nightlight, since it can’t be disabled), and the button can be used to manually turn the switch on or off. The DG3HL supports a maximum load of 300 watts, and again, it’s designed with dimmable devices in mind (e.g., a lamp. If you have non-dimming needs, consider instead the Leviton Decora Smart DG15A, which offers a grounded outlet that can support small appliances, such as a fan with up to a 0.5-horsepower motor.)

I’ll start with the plusses, though there aren’t many. I attempted to pair the DG3HL with an Amazon Echo Plus and it quickly discovered the device and added it to my Alexa smart home network. (The plug also supports the Xfinity Home Touch Screen, but SmartThings certification is still in process.) The plug works well enough with Alexa, but at a range of about 50 feet from my Echo Plus Zigbee hub, performance was erratic, with the plug frequently showing a “Device is unresponsive” error. When I moved it closer, the errors went away. (Zigbee devices form a mesh network, so deploying any Zigbee device—including another smart plug—at closer range to the hub should help with longer-range deployments, because device acts as a repeater.)

And now for the bad news. First, the range of dimming is decidedly weak. The difference between 100-percent brightness and 20-percent brightness on a standard LED bulb was marginal at best, and I really had to watch closely to see much of a difference in the lighting quality at all. This is compounded by the fact that the hardware button on the plug does not support dimming at all; you can only dim and brighten via voice or the Alexa app. Typically, one would hold the hardware button down to dim or brighten the light, but with the DG3HL, this doesn’t work. The button is strictly an on/off switch. 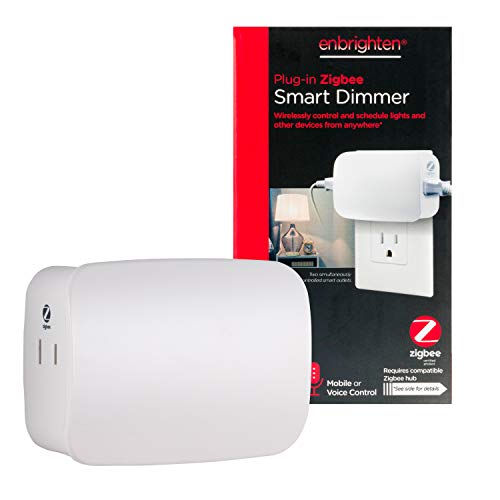 Lastly there’s the price. At $40, this device is priced the same as Jasco’s Enbrighten Zigbee 3.0 smart dimmer plug, which—while larger in size—can control two lamps, and its hardware button will dim those lamps.

Unless you’re taken with the relatively small size of Leviton’s product—or Xfinity Home certification is uber important to you—Leviton just doesn’t give buyers a lot of reasons to choose its DG3HL over the competition.