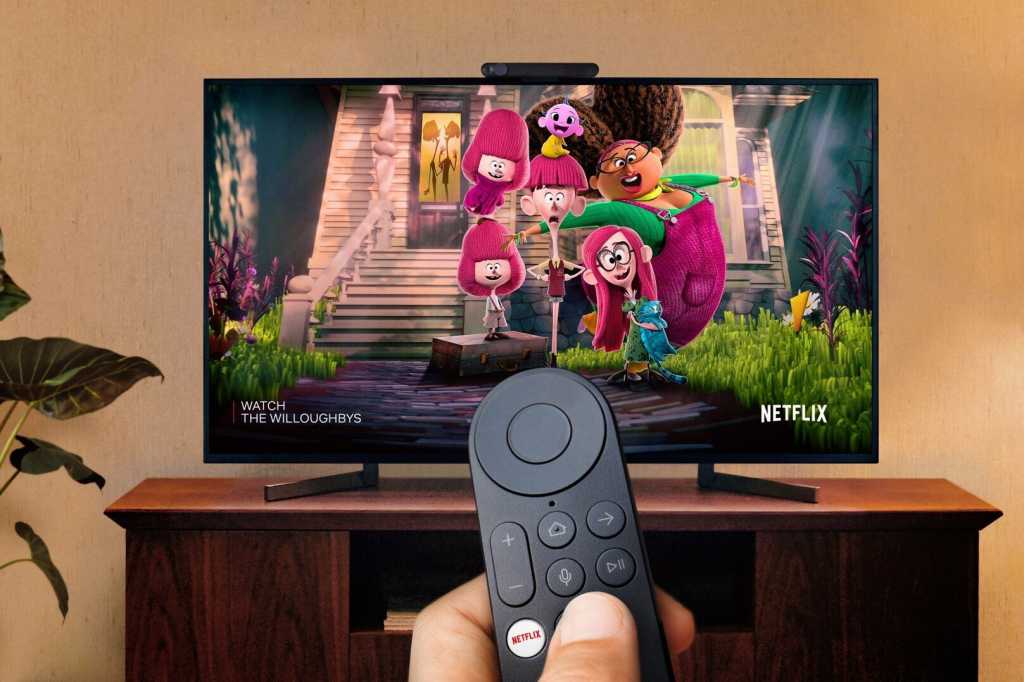 Netflix has been making the rounds of the major smart displays, debuting on the Google Nest Hub and Hub Max earlier this year and slated to arrive soon on Amazon Echo Show displays. Now comes word that Netflix is bound for Facebook’s Portal TVRemove non-product link.

Facebook says that a new Netflix app for Portal TV is available now, and it’s also unveiling a new remote with one-touch buttons for Prime Video, Facebook Watch, and (of course) Netflix. The revamped remote is now shipping with new Portal TV devices, and it will arrive in stores in the “coming weeks,” according to Facebook.

Now, Portal TV isn’t a smart display in the same way that the Google Nest Hub or the Echo Show is. While the Nest and Echo smart displays are all-in-one devices with built-in displays, the Portal TV is more like a streaming device that you connect to your living-room TV.

That said (and as opposed to traditional streaming set-top boxes), the Portal TV comes with an integrated camera and microphone for Messenger, WhatsApp, and (eventually) Zoom video calls, and with Alexa onboard, the device essentially turns your TV into a smart display.

While Netflix is now available on Portal TV worldwide, Facebook had nothing to say about Netflix arriving on any of its Portal devices that do have displays, including the Portal, the Portal Mini, and the Portal+.

Until recently, Netflix was a holdout on all the major smart displays. While Echo Show users could get Netflix to work on their displays by using the Silk browser, it was a clunky process. And while the Netflix app for iOS and Android is Chromecast-enabled, the option was disabled for Google smart displays.

Back in July, Google announced that Netflix was finally coming to the Google Nest Hub and Hub Max, complete with Quick Gesture support (meaning you can raise your hand to pause or resume a video).