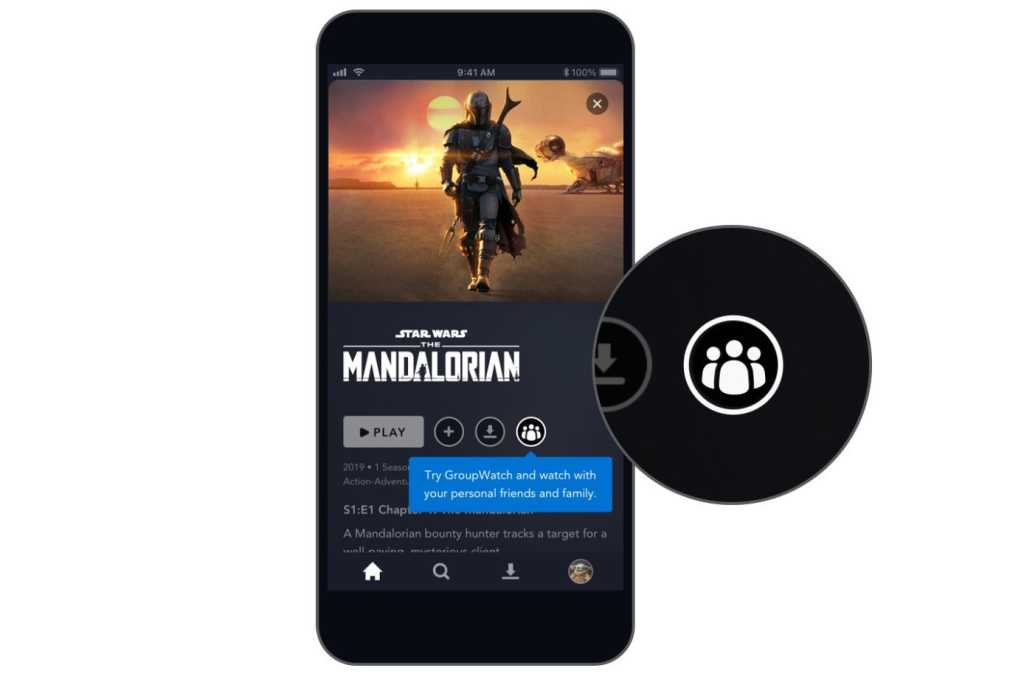 After a few weeks of testing in Canada and other territories, Disney+ is officially launching its GroupWatch feature in the U.S. today, making the Disney-owned streaming service the latest to join the watch party craze.

Up to seven people can join a Disney+ watch party, with the feature supported across all Disney+ platforms, including iOS, Android, and web browsers, as well as streaming players and smart TVs with the Disney+ app.

GroupWatch will be available for the entire Disney+ library, but all members of the watch party must be Disney+ subscribers. Disney+ costs $6.99 a month.

To launch a GroupWatch, you just tap or click the GroupWatch icon on the Details page for a Disney+ movie or TV show. GroupWatch invitations can only “originate” from a web browser or a phone, but once the invitations have been sent, you can watch from any streaming device or a smart TV.

Each member of a Disney+ GroupWatch can pause, play, rewind, or fast forward the video, but interacting with co-watching friends is limited to just six emoji: “Like,” “Funny,” “Sad,” “Angry,” “Scared,” and “Surprised.”

Disney+ started testing GroupWatch in Canada on September 10, then expanded the test to Australia and New Zealand about a week later. For now, the official GroupWatch launch is only happening in the U.S., although Disney+ says it will bring the feature to Europe later this fall.

With GroupWatch, Disney+ joins such streaming services as Amazon Prime Video, Hulu, Plex, Movies Anywhere, and Sling TV to roll out a watch party mode. Netflix is a notable watch party holdout, although there are plenty of third-party co-watching solutions that fill the void.

Sling TV, which launched its watch party mode just last week, stands apart from the pack by allowing co-watching friends to interact via picture-in-picture video chat, although it only allows four people in a watch party at a time. Amazon Prime Video and Hulu offer both text chat and emotes but no video chat, while Plex doesn’t support any interaction at all.