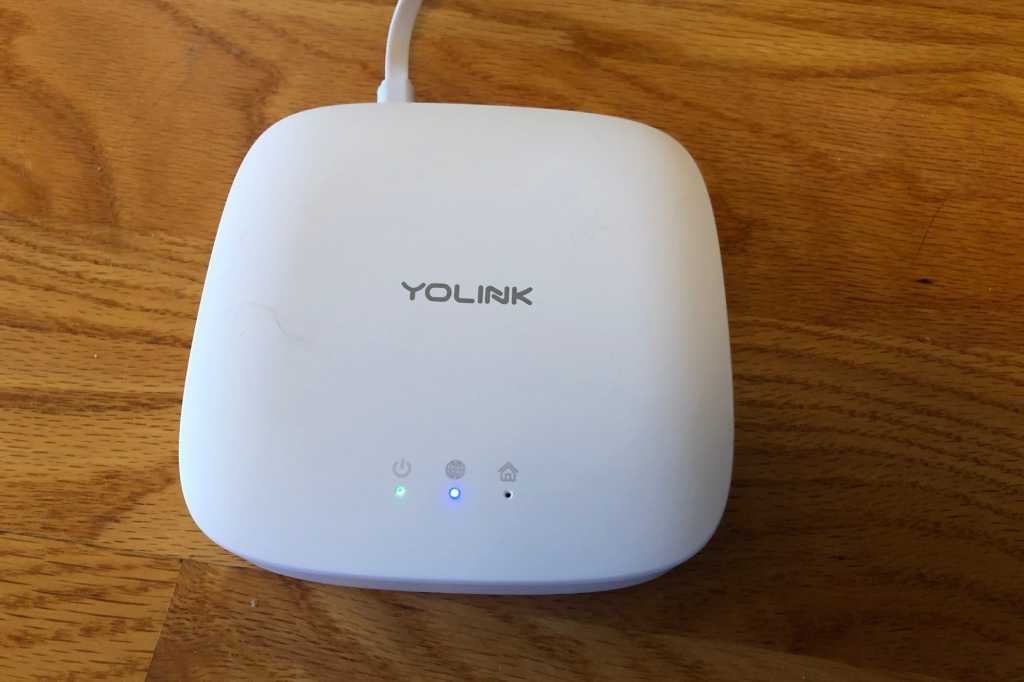 The jury’s out on whether the long-range LoRa will become a major smart home standard, but YoLink’s hub makes the first steps toward a compelling case for it.

You know Wi-Fi, Bluetooth, Zigbee, and Z-Wave. Are you ready for another wireless communications standard to enter the smart home mix? Meet LoRa, which is built around low-power and long-range networking using spectrum in the unlicensed 433MHz frequency band (in the U.S.).

The LoRa Alliance already has more than 500 member companies, including Amazon (you might have heard about LoRa in conjunction with Amazon’s Sidewalk network). And while LoRa was conceived for wide-area networking—the specified range is more than 6 miles in unobstructed areas—YoSmart is applying the technology to IoT devices designed for the smart home. At the center of it all is the YoLink Hub, which the company says can connect to its huge catalog of smart devices at a range of nearly a quarter of a mile.

This review is part of TechHive’s coverage of the best smart home systems, where you’ll find reviews of competing products, plus a buyer’s guide to the features you should consider when shopping for this type of product.

The YoLink Hub offers a familiar design, a small, squarish box that must be permanently connected to wall power and acts as a bridge between your YoLink LoRa devices and your Wi-Fi network. An ethernet port is included if you want to connect it to your router, but it also supports a Wi-Fi connection (2.4GHz only). That ethernet port isn’t required even during setup. I got the YoLink Hub up and running—a process that entails installing the YoLink app on my smartphone, scanning a QR code, and providing my Wi-Fi credentials—in a matter of minutes and with no trouble at all.

Of course, the YoLink Hub on its own doesn’t do much, so from there I turned to a mixed collection of accessories that YoSmart sent to use with it. The company offers a broad range of starter kits consisting of the Hub and various devices, but I was sent the Hub and an assortment of gear that included a water leak sensor ($17), a door/window sensor ($44 for three), an outdoor smart switch ($22), and a remote control ($24). (Total price for this collection, including the hub: about $100.)

While LoRa isn’t a proprietary standard, YoSmart is currently alone in building DIY smart home products based on it. So, if you want to connect lighting controls to this hub, you’ll find yourself limited to YoSmart’s own smart plugs (indoor and outdoor), smart in-wall switch, and smart power strip. The company also offers its own thermostat, sprinkler controller, garage door controller, and humidity and motion sensors in addition to the products I’ve already mentioned.

Setting up devices is incredibly and surprisingly painless, and they all work the same way. Scan the QR code on the device—in some cases, this is actually printed permanently on the front of the device, not the most aesthetic design choice—and press the “set” button to complete the process. From there, you can assign the device to a room and make any additional choices, such as changing the name of the device.

The exception to this is the remote control, which must be paired directly to a device and is not managed in the app. I paired the remote control to the outdoor switch by holding down buttons on both devices for a few seconds, after which the devices were bound together.

With all this stuff set up, then what? Well, I’m not entirely sure, to be honest, as the YoLink app doesn’t do a whole lot. Sure, I was able to use the app to turn the outdoor switch on and off—and even control its two outlets individually—but there’s not much you can do with the sensors. The water sensor sends a push notification to your phone and sends you an email if a leak is detected, and the door sensor does the same if it’s been left open for a few minutes.

If you want some semblance of a security system, you’ll need to buy YoLink’s siren ($22) and use the system’s IFTTT-like automation system to specify exactly how you want all these things to interact. It’s not difficult to do any of this, but it might be more work than a novice would be prepared to undertake—and to complete accurately. Actual IFTTT is also supported, as are Alexa and Google Home, if you want to get a little more sophisticated outside of the YoLink ecosystem. And presumably, this would allow you to mix in more sophisticated Wi-Fi lighting, ceiling fan, and smart blind controls from other vendors, among other things. But if you want a full home security system, you’ll need to rely on third-party products for security cameras and smart locks. That will entail juggling multiple apps—at least during setup—but it’s definitely doable.

And what about range? Can these devices really communicate more than 1,000 feet away from the hub? To find out, I took the door sensor on a long walk to see how far away from my house I could take it before it stopped responding. This kind of distance is difficult to measure precisely, but by my measurements I was able to go about 1,300 feet (despite significant obstructions) before the sensor would no longer register with the app.

While those last few hundred feet were increasingly erratic, 1,000 feet was not a problem. That’s in line with YoSmart’s claims, and it’s quite impressive. If you have a sprawling mansion; outbuildings, such as a barn; an apartment complex, or even an office building to outfit with smart gear, a solution like this could be compelling.

For most homeowners, however, the relative dearth of features offered by YoLink makes it a hard sell over more capable—and more widely compatible—systems such as SmartThings. On the other hand, if your property suffers from interference problems or includes multiple buildings where a Wi-Fi signal won’t reach, YoLink could be a compelling option. At the very least, the price is right.