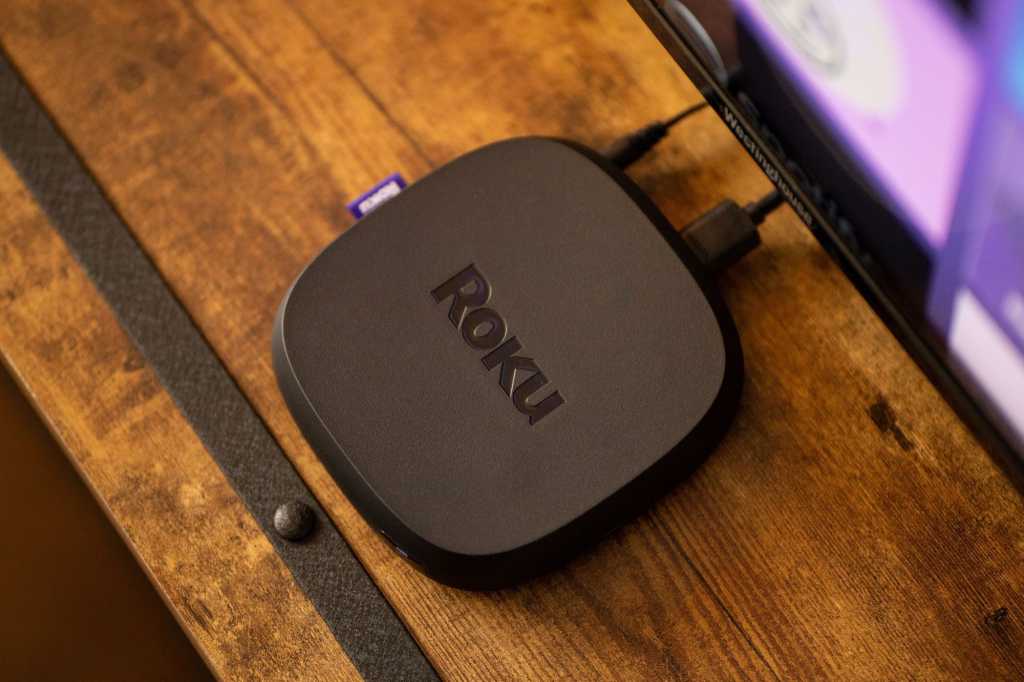 Roku also has a compact new soundbar to show off, along with some OS updates and word that its 4K devices will soon support Apple’s AirPlay 2 and HomeKit technologies.

Slated to arrive in mid-October for $100 (the same price as the original 4K-capable Ultra), the refreshed Ultra will be the first Roku player to support Dolby Vision (it also supports Dolby Atmos, as did the first Ultra). The new Ultra packs in a new processor plus more and faster RAM, which should boost start times for video streams while cutting down on buffering.

The Ultra is also one of the first streaming set-top boxes to support AV1, an open-source, royalty-free codec that offers 50 percent better video compression than the ubiquitous H.264 codec. YouTube, Vimeo, Netflix, and Facebook have all begun dabbling in the AV1 format.

The new and improved Ultra will boast USB 3.0 and ethernet ports, while its revamped antenna system promises 50 percent more Wi-Fi range than the previous Ultra. Last but not least, the updated Ultra will be the first Roku player to support Bluetooth (version 5.0, to be precise, with support for the SBC and AAC audio codecs but none of Qualcomm’s higher-resolution aptX codecs).

Up next comes the Streambar, a 2.0-channel soundbar that, at just 14 inches long (or about the size of an egg carton, as Roku notes), is one of the smallest soundbars we’ve laid eyes on.

Powered by a quad-core CPU, the Streambar comes with the Roku interface built in, same as last year’s Roku Smart Soundbar.

Set for release in mid-October for $130, the Streambar is equipped with four four full-range drivers, including two front-facing drivers for the left and right channels, plus a pair of angled side drivers that (combined with a dash of DSP) help to “steer” the stereo sound “further left and right” to “fill the room with sound,” a Roku rep said. You can also pair the Streambar with Roku’s wireless subwooferRemove non-product link ($180) as well as the Roku Wireless Speakers ($200), a pair of which could be used as surround speakers.

While the Streambar supports Dolby Audio, it can’t decode such 3D audio formats as Dolby Atmos or DTS:X, and it lacks a virtualized DTS Virtual:X mode (disappointing, but then again, we’re talking about a $130 soundbar). The new speaker does feature a night mode, however, along with a dialog-enhancing mode and the ability to automatically dial down the sound of loud commercials.

The Streambar supports Bluetooth 5.0 (same as the new Ultra player) and Spotify Connect, and it comes with HDMI and optical (Toslink) outputs. Optical and high-speed HDMI cables are included in the box, plus a Roku voice-enabled remote.

AirPlay 2 support will allow Apple users to stream audio and video to their Roku 4K devices, as well as use their compatible Roku boxes and TVs in multi-room audio setups.

Meanwhile, HomeKit will allow Roku users to control their 4K devices with Siri voice commands, as well as via the Home app for iOS and iPadOS. Just keep in mind that HomeKit-enabled Roku players and/or TV sets will not work as “home hubs,” which allow users to control their HomeKit devices while they’re out of the house. Examples of home hub devices include iPads, HomePods, and Apple TVs.

Roku is looking to get its growing Roku Channel in front of more eyeballs by spinning off a mobile version for iOS and Android devices.

Slated to roll out in the coming weeks, the new app will offer access to the more than 115 live and “linear” channels available on The Roku Channel, including free and premium channels such as HBO, Showtime, and Starz, while interface tabs will let you browse free, premium, and live channels. Users won’t need a Roku device to use the app.

If that feature sounds familiar, it’s because Roku already tried mixing OTA and streaming TV channel listings early this year before rolling back the update following user complaints. Now, it appears the plan is to simply give Roku TV users the option of mixing broadcast and streaming TV channels, which seems like a better solution.

Also coming in OS 9.4 are various performance enhancements that should boost the responsiveness of channels and video load times.