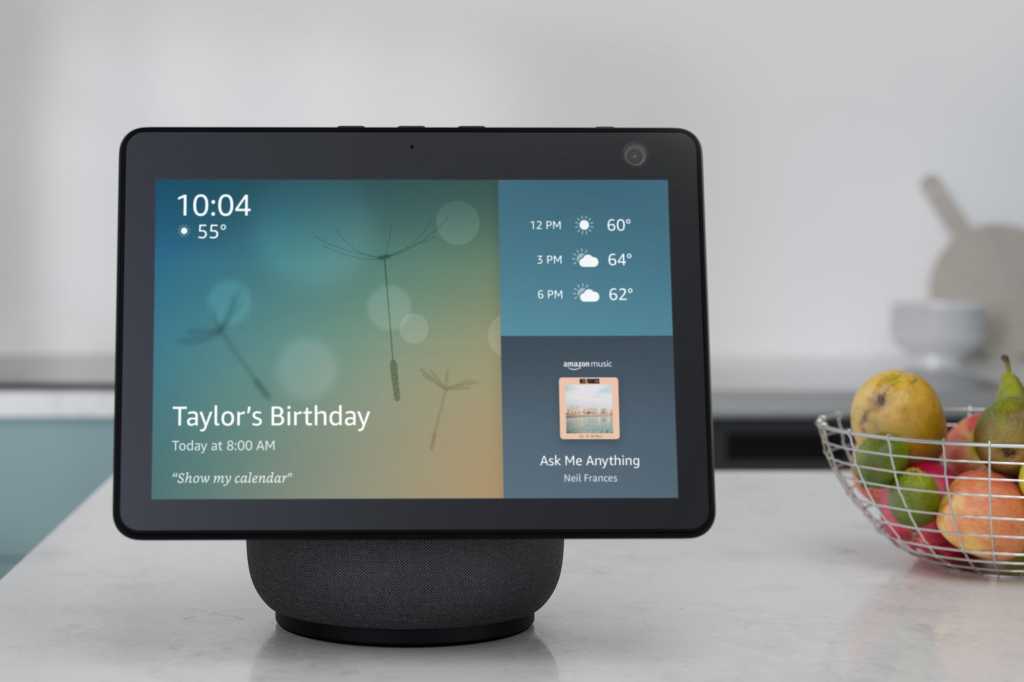 The all new Echo Show 10 might be the biggest news to come out of the firehose of Amazon’s Devices & Services event today. The new smart display features a 10-inch touchscreen that rotates around its base so that it’s always within your line of sight. Amazon says it’s adding Netflix support, too, so you won’t miss a second of Stranger Things while you’re otherwise busy cooking dinner.

To assuage privacy concerns, Amazon says the new smart display triangulates on a human figure, not facial recognition, and that the artificial intelligence processing required to pull off the trick is performed on the device, not in the cloud. You can also turn the feature off with the voice command “Alexa, turn off motion.” Its onboard camera can be disabled by sliding a mechanical shutter in front of its lens.

The rotating display feature also works with video calls (Skype and Alexa Calling now, Zoom and Amazon Chime for video conferencing later this year), so that you remain in view of its 13-megapixel, wide-angle camera as you move around the room. A new feature called Alexa Group Calling lets you create groups of up to eight friends and family members, so you can reach out to all of them at once by saying “Alexa, call my family.”

Like an increasing number of Echo devices, the Echo Show 10 features a Zigbee smart home hub, so you can set up a routine that automatically turns the lights on when you enter a room. There’s a Bluetooth Low Energy radio onboard, too, as well as an Amazon Sidewalk node (you can read more about Amazon’s new neighborhood network at this link).

The Echo Show 10 can show a live feed from any other Echo Show, with the ability to pan and zoom the room. When you’re away from home and have enabled Alexa Guard, Amazon’s top-shelf smart display can go into a “sentry” mode that periodically pans the room, sending you an alert if its camera detects anyone in its field of view. You can learn more about how the Echo Show 10 was developed on Amazon’s website.

The Echo Show 10 will cost $250 and be available in time for the holiday shopping season, according to Amazon. The company also announced fourth generations of its Echo, Echo Dot, Echo Dot with clock, and Echo Kids editions, which you can read about in this story.