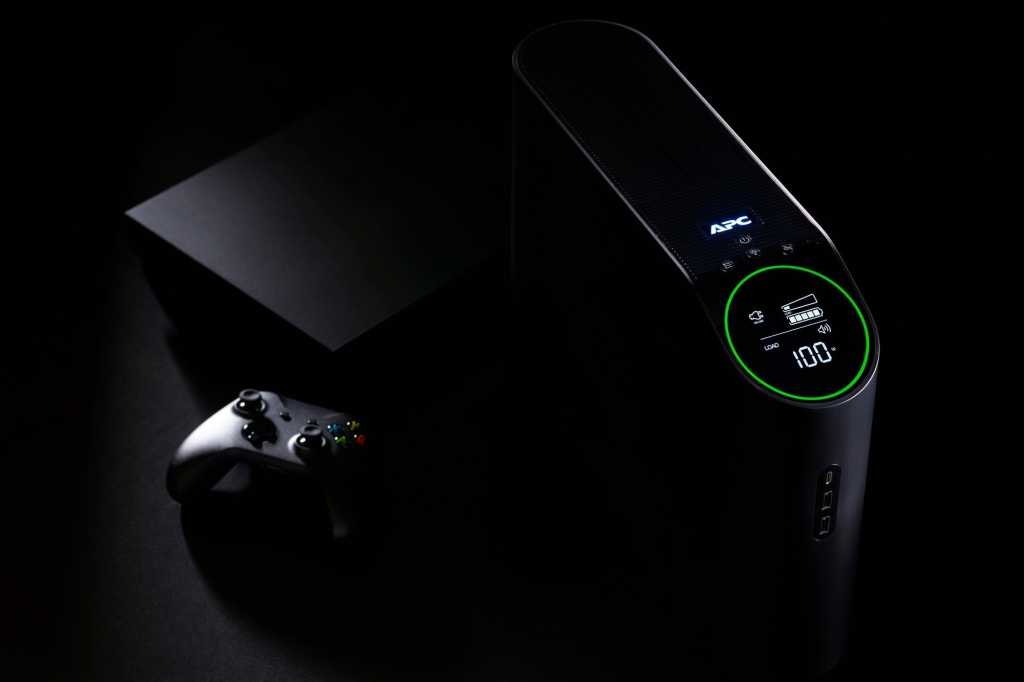 Whether you game on an Xbox, a Playstation, or a PC, nothing is more irritating than getting knocked out of a game by an electrical blackout. At best, you’ll get penalized for quitting a multiplayer game. At worst, you’ll see smoke rising from your gear because it got fried from a power surge when the electricity came roaring back.

APC, a division of Schneider Electric and one of the bigger names in uninterruptible power supplies, has announced a brand-new unit aimed squarely at gamers. Not familiar with the concept of a UPS? You can take a deep dive in our product guide here, but at a 5,000-foot level, it’s essentially a very big battery that will supply back-up power in the event of a blackout. The idea is to provide your equipment—including your broadband gateway and router—enough time to shut down gracefully, and give you a few minutes to save your game or inform your teammates why you must leave.

A UPS can act as a high-end surge protector, too, conditioning the electricity flowing into your gear and smoothing out any spikes or sags that might damage it. APC’s Back-Up ProGaming UPS sounds particularly promising on this front, because it’s a line-interactive model that produces a pure sine wave when running on battery power (APC simply calls it “Sinewave technology,” and they have an animation that explains how it works here).

The APC Back-Up ProGaming UPS is outfitted with six outlets that provide both surge protection and battery back-up power, and another four that provide surge protection only. It can handle up to a 900-watt load, providing three minutes of backup power to a full load, and 12 minutes to a half load.

A monochromatic LCD display informs you of the UPS battery’s status (graphically and in the minutes of power remaining), the UPS’s operational status (running on AC power or battery), and the electrical load it’s carrying. Front-mounted 5V/3.0a USB Type A and USB-C ports are provided for charging your gaming headset or mobile devices. And it wouldn’t be a gamer product if it didn’t have a dozen RGB LEDs that you can customize to match your gaming rig.

The APC Back-Up ProGaming UPS will be available in two colors—Arctic (model BGM1500) and Midnight (model BGM1500B)—when it ships in October. APC warrants the UPS against factory defects for three years, and the battery is warrantied for 15 months. Pricing has not yet been announced.

Updated shortly after publication to report additional specifications obtained in response to a fact check.