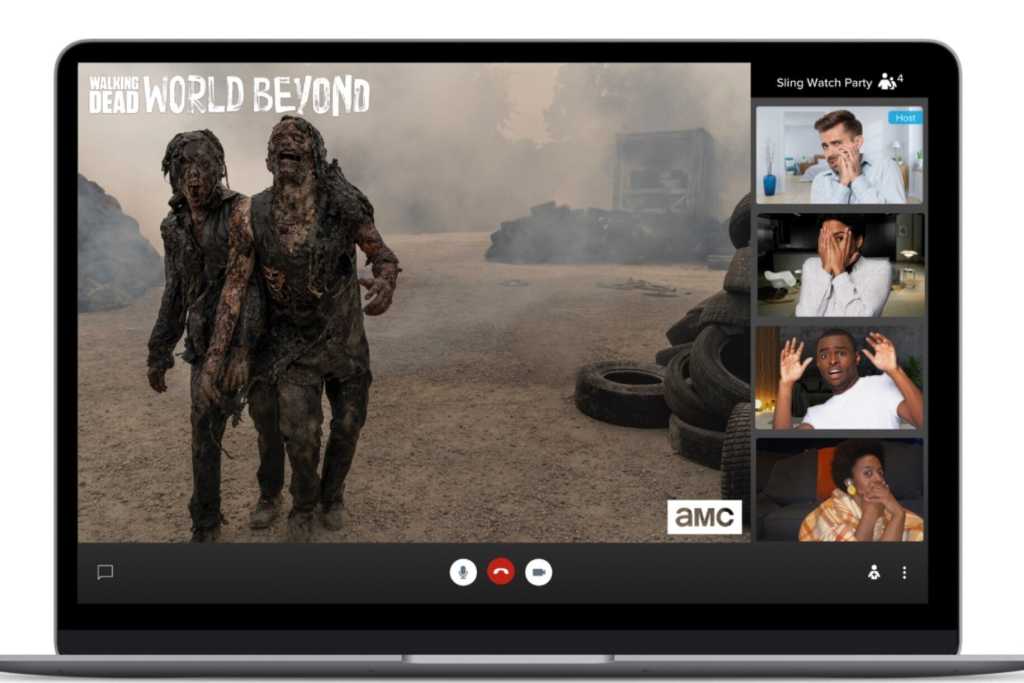 Yes, there are some good things that have come out of our pandemic summer of 2020, and one of them has to be watch parties. Our latest participant in the watch-party parade: Sling TV, which is kicking off fall with a beta of its own take, complete with video chat.

Sling Watch Party is available now for users in the U.S., and it includes the ability to invite up to three other viewers to your group. For now, Sling Watch Party only works in Chrome desktop browsers.

Several other streaming video services have launched their own watch party features over the past few months, including Amazon Prime Video, Hulu, Plex, and Movies Anywhere (the digital locker service for movie purchases).

Each of those streaming services allows more watch party viewers at a time than Sling TV’s limit of four; Amazon Prime Video, for example, supports up to 100 viewers in a group.

That said, Sling TV offers text chat and live video chat between participants in a watch party, while the others only support text chat, emotes, or (in the case of Plex) no interaction at all.

There are some important exceptions, however, including no local NBC or Fox channels, no pay-per-view events, no premium or “standalone” channels, and nothing recorded on Sling’s cloud DVR. Also, regional blackout rules apply—sorry, sports fans.

The host of a Sling TV Watch Party gets to control playback, including pause and rewind for on-demand videos, while participants can control the volume of the video chat streams of their fellow viewers.

During the “special beta preview” of Sling’s Watch Party feature, anyone can join a Sling TV watch group once they’ve created their own Sling account.

Sling hasn’t specified what will happen once the beta ends on September 30, but it seems likely that all watch party members will need to be paying Sling users once the beta is over. We’ve reached out to Sling for more details.