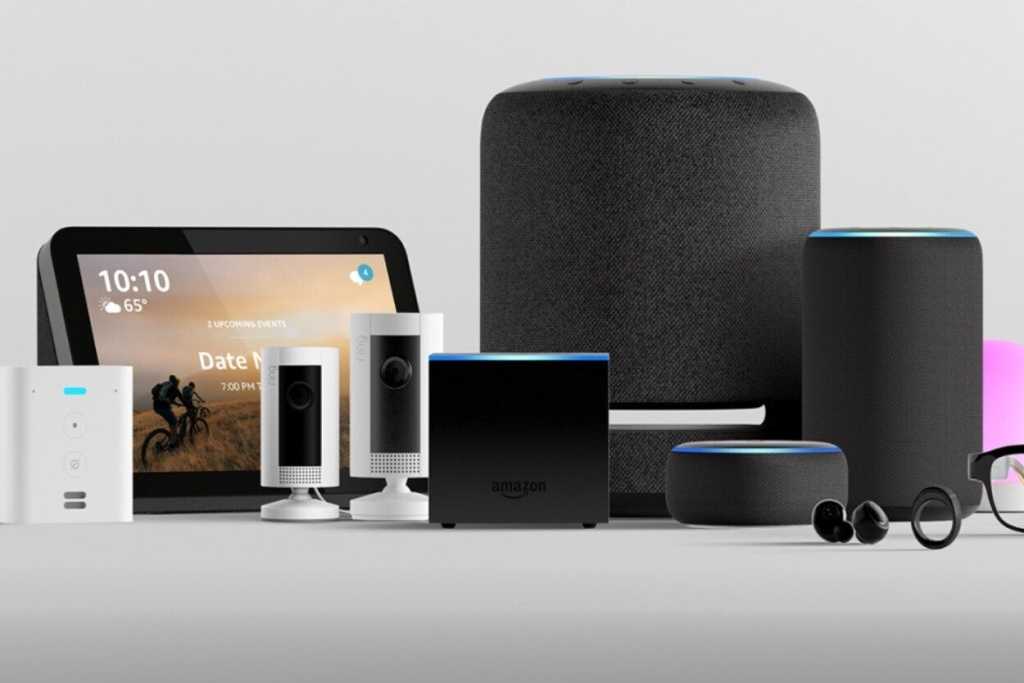 We’re not sure exactly what Amazon plans to unveil during its fall hardware event on Thursday, but if history is a guide, we’re expecting a truckload of new products.

At last year’s event, Amazon unleashed a firehose of new products, from the Dolby Atmos-enabled Echo Studio and a next-gen Echo speaker to Echo Frames glasses, the Echo Loop ring, the Echo Dot with Clock, and the kid-focused Echo Glow. There was also a new Eero mesh router, a couple of new Ring cameras, an Alexa-enabled oven, and even the upcoming Ring Fetch dog tracker that’s slated to work with Amazon’s (also upcoming) Sidewalk neighborhood network (more on that in a bit).

We’re betting Amazon will once again trot out a parade of new devices on Thursday; however, we’re not quite sure what to expect.

Unlike Google, which has pretty much telegraphed what it will be showing off during its own hardware event at the end of the month, Amazon has been coy about what it will announce at its invite-only showcase, promising only that it’ll have “some news” to reveal.

While rumors have been scarce about what we’ll, we do have some thoughts about what we’d like to see, from new Echo speakers to an update on Amazon’s ambitious plans for neighborhood-sized Sidewalk networks.

Amazon trotted out a series of new and updated Echo devices last year, including the music-centric Echo Studio, the revamped Echo speaker, and an eight-inch Echo Show display. But there are a couple of popular Echo devices that haven’t seen an update in a while, and we’re wondering if they’ll get some attention on Thursday.

Now, we haven’t heard any whispers at all about a new Echo Dot or full-size Echo Show, so this is something of a long shot, but it has been a long time (by Amazon standards, anyway) that either of these devices have seen a refresh. (No, the Echo Dot with Clock doesn’t count.) Could 2020 be the year? Hmmm.

There’s been a steady stream of new Ring devices over the past year, from the Ring Doorbell 3 to the second-gen Ring Alarm, while last year’s hardware event saw a new $60 Ring Indoor Cam and a $100 battery-powered Stick Up Cam. So what might Ring be cooking up this year?

For starters, there was a fair amount of chatter about a so-called Ring Doorbox that leaked earlier this year. According to the leaks, the white, rectangular-shaped Doorbox is about the size of a key lockbox, comes equipped with a button and something that looks like a handle or even a speaker grille, and can be remotely locked and unlocked. Whispers about the Doorbox coincided with a Ring survey quizzing customers about their interest in a package-delivery box.

We’ve previously asked Ring about Doorbox rumors and got the standard “nothing to announce” reply, but maybe it’ll break cover on Thursday.

Another RIng product that has been announced but isn’t yet available is Ring Fetch, the wireless dog tracker that Amazon unveiled at last year’s hardware event. The Fetch would clip onto a dog collar and connect to Sidewalk, an upcoming long-range, low-power neighborhood network. It’s a nifty idea, but we’ve seen neither hide nor hair of the Fetch since its announcement, so maybe we’ll hear more on Thursday.

Speaking of Sidewalk, Thursday would be a great time to hear more details about Amazon’s ambitious plans for its new neighborhood network.

Announced alongside Ring Fetch at last year’s Amazon hardware event, Sidewalk is (as we just mentioned) a low-power, long-range network that uses a combination of Bluetooth Low Energy (BLE), bandwidth in the low-band 900MHz spectrum LoRa network technology, leveraged with multiple Ring, Echo, and other compatible devices to create a low-bandwidth network that’s large enough to cover an entire neighborhood.

Sidewalk could help solve the problem of outdoor devices such as motion sensors and smart lights that sit on the periphery of a home Wi-Fi network, as well as provide the kind of blanket coverage (within a neighborhood, at least) ideal for tracking Tile-attached key rings (Tile is a newly announced Sidewalk partner, by the way) or Fetch-tracked pets. While Sidewalk couldn’t support high-bandwidth network activities such as streaming live video, it could transmit motion alerts, turn smart lights on and off, or handle other low-bandwidth tasks.

Amazon just announced more details about Sidewalk on Monday, revealing that besides certain Ring security cameras and floodlights, “select” Echo devices could act as bridges to connect Sidewalk-enabled devices, including (as we just learned) Tile trackers, to join a Sidewalk network.

Of course, one of the biggest unanswered questions surrounding Sidewalk is when exactly it’ll arrive, beyond Amazon’s vague “later this year” timeline. Hopefully, Amazon will take the occasion of Thursday’s hardware event to announce some hard dates.