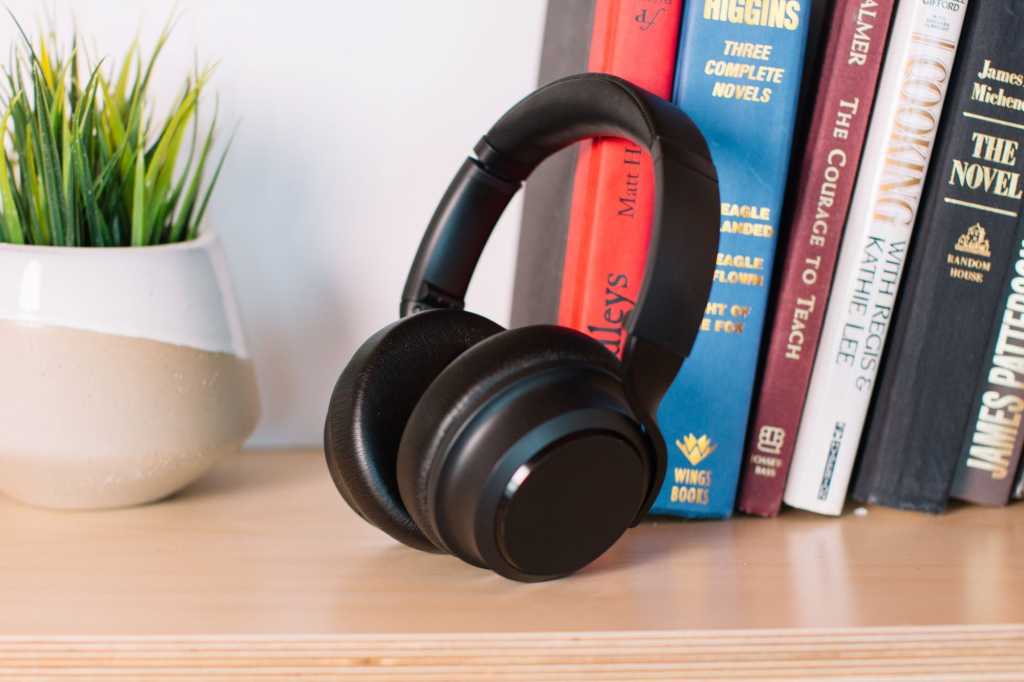 What do smart security cameras and Bluetooth headphones have in common? Not much, except for the fact that Wyze Labs, the company behind the popular and super-cheap Wyze Cam, now makes both.

Wyze teased about a month ago that it was about to jump into the Bluetooth headphone market, and now it’s taken the wraps off its Wyze Headphones, complete with active noise cancellation, onboard Alexa, and “unrivaled” sound. And to prove it hasn’t totally swerved out of its smart home lane (the company builds inexpensive smart bulbs, plugs, and entry locks), Wyze has also announced a video doorbell and a smart thermostat.

Available for preorder on September 29, the $50 Wyze Headphones look like a typical over-ear headset, complete with a padded, foldable headband and 20mm memory foam ear pads.

Designed with help from former Dolby engineers, the Wyze Headphones come equipped with dual 38mm biocellulose diaphragm drivers, and you can fiddle with the audio using the equalizer in the Wyze app.

A quartet of noise-cancelling microphones allow for active noise cancellation, while a pair of dedicated voice-isolating microphones are designed to ensure clear voice calls, Wyze says. Built-in motion detectors pause your tunes automatically when you slip the headset off.

The Bluetooth 5.0 headphones can connect to a pair of Bluetooth devices simultaneously, such as a phone and a laptop, and they support the SBC and AAC audio codecs. There is no support for any of Qualcomm’s aptX codes, which allow for higher-resolution audio streaming over Bluetooth.

As far as voice assistants go, Alexa comes built into the Wyze Headphones, or you can summon Google Assistant or Siri on your phone by long-pressing the headset’s play/pause button.

The Wyze Headphones are rated for 20 hours of music or 10 hours of talk time on a single charge, while a 10-minute charge via the USB-C charging port gives you about four hours of battery life. The USB-C connection is only for charging, by the way—the headphones won’t function as a USB audio device—although they do have a 3.5mm analog audio jack for wired listening.

Available for preorder starting today, the Wyze Video Doorbell comes with an integrated LED that lights up when visitors approach, and it boasts an IP65 rating for protection against dust incursion and water sprayed from a nozzle.

Armed with two-way audio and night vision, the Video Doorbell has a (somewhat narrow) 88-degree field of view on the horizontal axis and a 120-degree FOV on the vertical axis, handy for getting a head-to-toe view of visitors or for keeping an eye out for packages on your doorstep.

The Video Doorbell can trigger push notifications when someone presses the doorbell button, while a live feed lets you take a gander at whoever’s at your doorstep. The doorbell also integrates with the recently released Wyze Lock, which means you could unlock your door remotely to let a visitor inside your home.

Wyze offers 14 days of rolling cloud storage for free, but the videos are capped at 12 seconds each unless you sign up for the $1.99-a-month Cam Plus plan, which also enables people detection for the doorbell.

Last but not least, the $50 Wyze Thermostat does most of the tricks you’d expect from a smart thermostat, including climate scheduling; remote temperature control via the Wyze app; separate home, sleep, and away states; and detailed usage reports and temperature recommendations to help boost your energy savings.

A geofencing feature automatically adjusts the thermostat depending on whether you’re home or away, or you can use the dial (which sits below the thermostat’s IPS display) to manually take charge of the temperature.

More features will be coming to the thermostat post-launch, Wyze promises, including an “automated learning” feature that’s designed to keep the temperature “exactly where you want it” by learning from any “slight adjustments” you make to the thermostat’s settings.

Updated on October 6, 2020 to add pricing for the Wyze Headphones and the Wyze Thermostat.