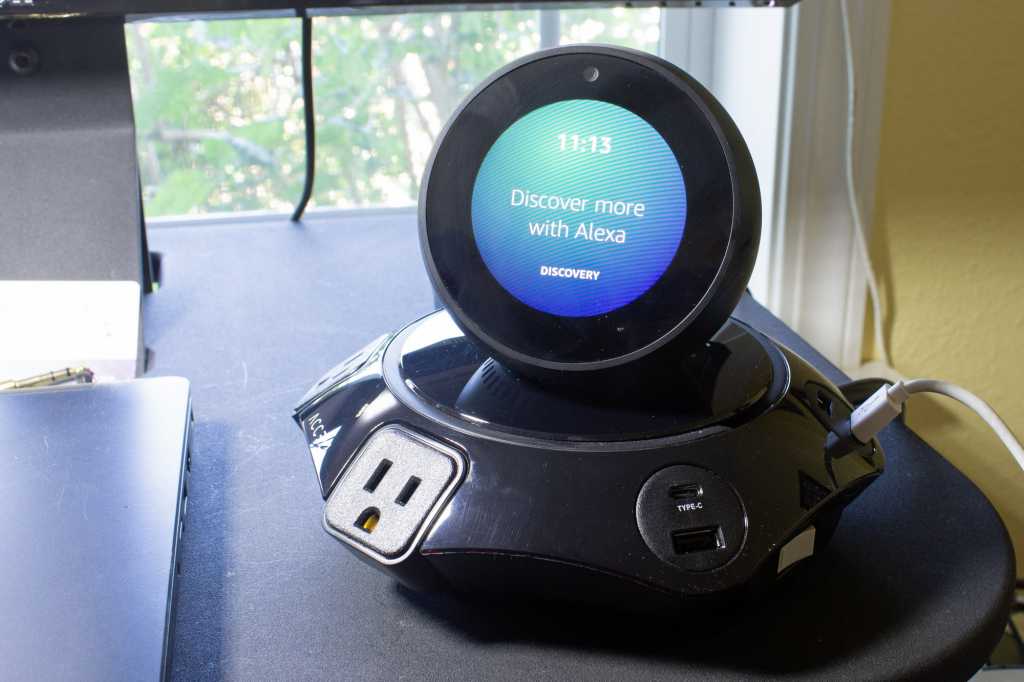 Amazon just made it easier to summon the voice of actor Samuel L. Jackson on its Echo smart speaker and displays by allowing you to substitute the Alexa wake word with “Hey Samuel.”

The option of having Samuel L. Jackson’s voice respond in place of Alexa’s entails a one-time payment of 99 cents and has been available since December 2019, but until now, users had to phrase their questions and commands as “Alexa, ask Samuel…” or “Alexa, ask Sam…,” which many users—including this one—found awkward. For me, the novelty wore off quickly.

Amazon says the engineers on its voice team wanted to make it easier to get Jackson’s voice right away, but found it to be “an incredibly hard engineering challenge” given the limited CPU and memory resources available on Echo devices.

While much of the compute task is performed in the cloud, recognizing wake words can only be performed locally on the device itself, and the first Echo was introduced way back in 2014.

Once the celebrity voice is enabled, you can use your smart speaker as usual, substituting “Hey Samuel” for Alexa if you want Samuel L. Jackson’s voice to respond. For mundane tasks, such as turning smart lights on and off, Jackson’s responses tend to be as succinct as Alexa’s—usually just “OK”—in my brief experience with the skill. It’s much more fun when you say things like “Hey Samuel, what’s the weather,” “Hey Samuel, tell me a story,” or “Hey Samuel, tell me a joke.”

Since this is Samuel L. Jackson we’re talking about, you have the option of hearing explicit responses, but you can toggle this on and off in the Alexa app.

Amazon Echo smart speakers and displays recognize several other wake words as well—“Amazon,” “Computer,” and “Echo”—and each Echo device can be programmed to recognize a different one.