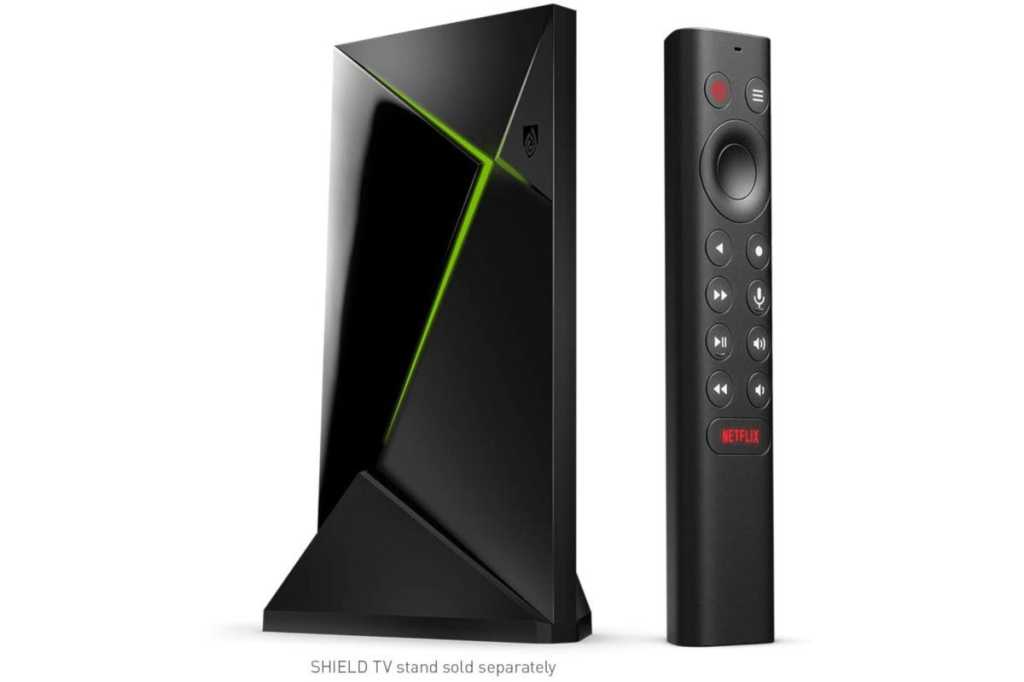 We reviewed this iteration of the Nvidia Shield giving it 3.5 stars out of five. The reason it didn’t rate higher is mainly that its very niche and a little pricey, so it’s not for those who are just looking to watch Netflix. But if you want power and customization, nothing beats the Shield.

The Shield TV has a ton of processing power with the Tegra X1+ chip, 16GB of storage, 3GB of RAM, dual USB 3.0 ports, Gigabit Ethernet, and 802.11ac Wi-Fi. This box lets you do all kinds of things such as play games, run Kodi or a Plex Media server, run the SmartThings Link, USB tuners, and it’s compatible with Alexa and Google Assistant.

The Shield TV recently got a software upgrade whose biggest feature includes an improvement to the Shield’s AI upscaler. This feature can now take video and images between 360p and 1440p up to 4K. This includes live sports and videos from sites like YouTube. In September, Nvidia will also add 4K 60fps upscaling to games via the Nvidia Games app. The new software upgrade also adds 25 custom actions for double press and long press and it improved IR and CEC volume control support.

So if you just want a conduit to Netflix, you can definitely get a cheaper box, but if your media demands call for something with a lot more power, go grab the Shield while it’s on sale.