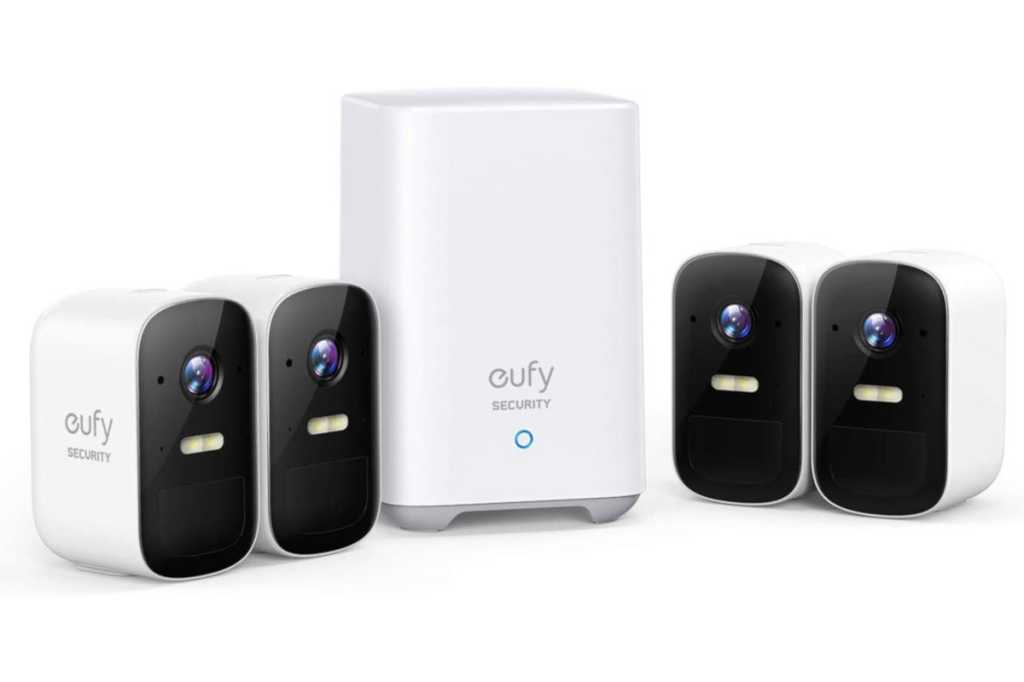 Bump up your home security without breaking the bank today thanks to a killer Amazon one-day sale. The online retailer is selling Eufy Security gear at unprecedented (or near it) pricesRemove non-product link. There are only three items in the sale, but there are some solid deals here. The sale ends just before midnight on Monday evening Pacific time.

First up, we have the Eufy Security Wi-Fi video doorbell for $97.49. That’s the all-time low price and a massive discount from the usual $130. This doorbell features 1080p video capture, onboard storage so you don’t have to upload your videos the the cloud, two-way talk, and smart detection zones. It also works with Alexa- and Google Assistant-powered smart displays.

Next up we have the four-camera Eufy Security eufyCam 2C kit for $321.99, which is the all-time low and nearly $100 cheaper than the previous price. This version of the eufyCam features 1080p video capture, night vision, onboard storage, and IP67 weatherproofing.

Finally, we’ve got the two-camera eufyCam E kit for $209.29. That’s not quite the all-time low, but it’s close, and it’s significantly less than the usual $300 asking price. We reviewed the EufyCam E in October, giving it four out of five stars. “The EufyCam E is a capable indoor/outdoor camera that should appeal to anyone who wants to avoid mandatory cloud subscription costs,” we said.

Again: All these deals disappear at midnight, so hop on them fast if you’re interested.