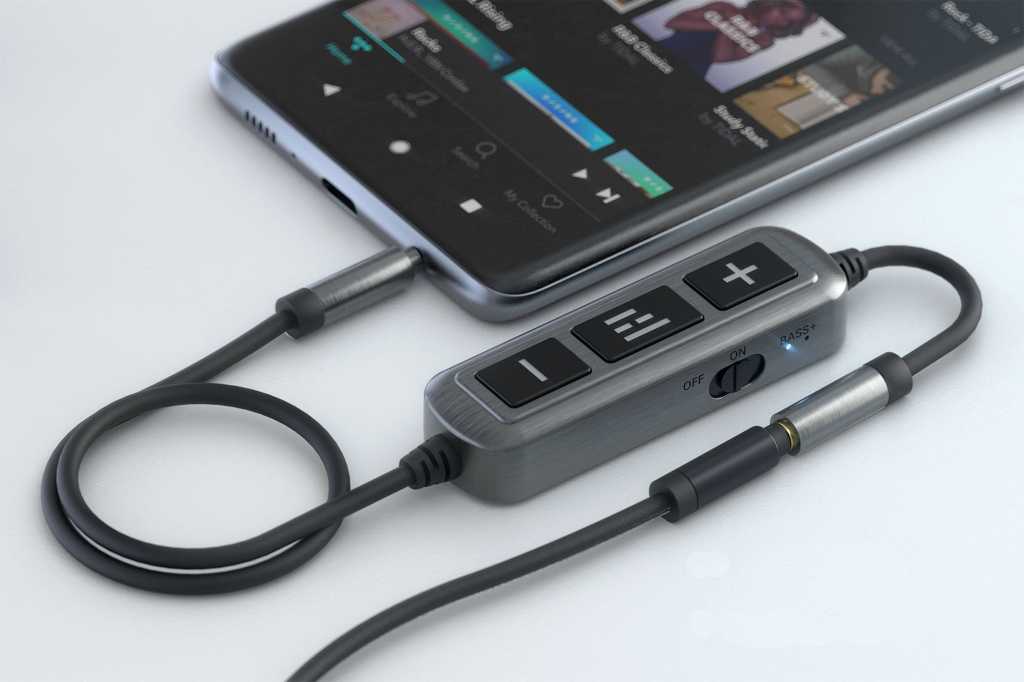 Image: Helm Audio
At a Glance

This tiny headphone amp offers superb sound quality with lots of clean gain and no noise for any mobile device.

In addition to certifying the performance of commercial cinemas and consumer audio and video products, THX also develops new technologies and licenses them to various manufacturers. Among these new technologies is the company’s ultra-quiet AAA (Achromatic Audio Amplifier) power-amplifier design, which first appeared commercially in the Benchmark AHB2 in 2015.

Two years later, THX introduced the second generation of AAA technology, this time intended for headphone amps. I first heard some prototypes at CanJam SoCal 2017, and I was quite impressed. So, when Helm Audio announced at CES 2020 that it was implementing AAA technology in a mobile headphone amp, I immediately requested a review sample. Once the DB12 AAAmp finally arrived, it was well worth the wait.

Essentially, the DB12 is a powered headphone cable. As such, it relies on a physical connection at both ends. That means the source device must have a headphone output, which many smartphones and other mobile devices no longer have. If a device doesn’t have such an output, you will need an adaptor for it.

The frequency response is specified from 20Hz to 20kHz (+0.01/-0.2 dB) with a 32-ohm load. The full-range gain is said to be +12 dB with an independent bass boost of an additional +6 dB for frequencies between 60 and 100Hz. When I asked why the boost was only down to 60Hz, I was informed, “The curve isn’t a bell and it’s not super sharp. It’s a shelf, and it does extend down to 20Hz.” I would recommend saying that in the product info. Output power is rated at 109 mW/channel into 16 ohms and 111 mW/channel into 32 ohms with 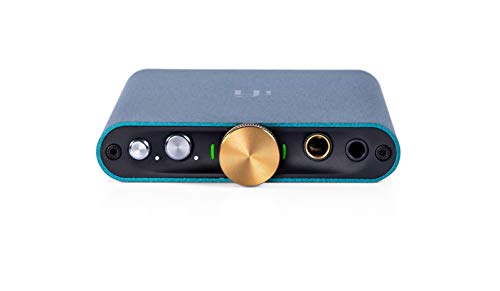 To achieve such low distortion levels, the THX AAA amplifier design uses a bipolar class-AB output stage with feed-forward error correction to cancel zero-crossing errors. According to THX, this allows the amp to exceed the performance of class-A designs without their low efficiency, poor damping, and high power consumption. It also allows long battery life by reducing bias currents by a factor of 10 to 100 without increasing distortion.

The lithium-ion battery provides six to eight hours of play time depending on the volume setting and whether or not bass boost is active. A USB-C port on one side of the unit lets you connect it to a USB power source to charge the battery. The specs say “2.5 hours fast charge, traditional charging time longer,” which means that a USB power adapter with an output of 9V/1.67A or 5V/2A can charge the device from empty to full in 2.5 hours, while an ordinary charger with 5V/1A output takes about four hours.

A sliding power button on the other side also activates the bass-boost mode. The center button on the top lets you play/pause and skip to the next or previous track, while the “+” and “-“ buttons control the volume.

My iPhone XS does not have a headphone output, so I used a Lightning-to-headphone adapter with the DB12. As usual, I played tracks from Tidal’s Master library of lossless high-res audio as my test material. And of course, I used the stunning Focal Stellia headphones, reviewed here, to present the best possible sound quality to my ears.

I’m always eager to listen to Jacob Collier, so I started with his version of “Here Comes the Sun” from Djesse Vol. 2. His incredible arrangement includes massive stacked vocals; a guest vocal by Dodie; guitars, deep bass, and percussion. The DB12 has a beautiful, clean, clear sound with excellent balance and delineation. The bass-boost function works extremely well, with no congestion or change in tonality, while remaining super clean. Bassheads will love it, though I did most of my listening without it; I heard plenty of bass with the more neutral balance.

Next up was “Noble Nobles” by bassist and vocalist Esperanza Spaulding, from her album Emily’s D+Evolution, one of my all-time favorites. The DB12 sounded clean and clear, and I could hear deep into the mix. The bass was perfectly balanced without bass boost, and her vocals were sublime.

For a bit of country, I listened to “Sheryl Crow” from Tim McGraw’s album Here on Earth. Actually, this track has a strong rock component with a dense mix, which sounded wonderful on the DB12. Despite the density, I could hear deep into the mix with super-clean vocals and guitars.

Being a jazz-rock trombone player from way back, I always appreciate horn-based funk, which I got in spades from “Basket Case” on Brasstracks’ debut album Golden Ticket. The brass licks, drums, guitar, and organ sounded punchy and clean on the DB12. The bass was a bit diffuse, which is probably in the mix, and the DB12’s bass boost made it worse. 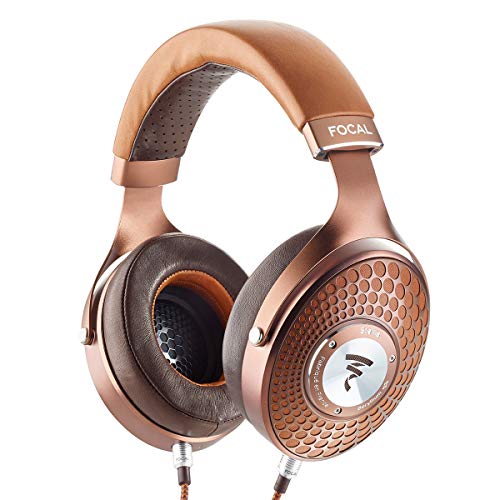 Steely Dan is another of my all-time favorite groups, so I listened to “West of Hollywood” from Two Against Nature. Donald Fagen’s meticulous attention to every detail is plainly evident in this track, which sounded fantastic on the DB12. As before, I could hear deep into the mix, which nevertheless remained completely coherent and cohesive. In fact, I could make out the lyrics better than I can on many playback systems.

Turning to classical, I cued up Schoenberg’s Notturno for Strings and Harp as performed by Zürcher Kammerorchester, with violin soloist Daniel Hope on the album Belle Époch. The DB12 rendered the delicate strings, harp, and solo violin beautifully with excellent balance between the sections.

For a more forceful selection, I listened to the intro to Mahler’s Symphony No. 8, “Symphony of a Thousand,” as recorded live by Münchner Philharmoniker under the direction of Valery Gergiev. The DB12 sounded clean and clear with a natural rendering of the hall, and I could easily distinguish each section, the choir, and soloists.

Comparison to the iFi hip-dac and iPhone

In addition to the DB12, I listened to each track on the iFi hip-dac, reviewed here, and the direct output from the iPhone for comparison. Of course, comparing the DB12 with the hip-dac is not entirely apples-to-apples—both units replace the phone’s amplifier, but the DB12 uses the phone’s internal DAC (digital-to-analog converter), while the hip-dac replaces the phone’s DAC with its own. Still, these two units are very close in price, and they serve much the same purpose—improving the wired sound of a source such as the iPhone—so I forged ahead.

Overall, I heard no appreciable difference in sound quality between the DB12 and the hip-dac; both sounded exceptionally clean. The only difference—and it’s extremely minor—was that the hip-dac sounded a hair more neutral and laid back, while the DB12 was just a tad more punchy. But again, this difference was miniscule and easily missed if I had not been paying close attention.

There was a slightly bigger difference in the bass-boost function of the two units. The hip-dac’s bass boost sounded just a tiny bit congested and less well defined, but it was apparent only in direct comparison and nothing egregious at all.

As I was swapping connections between the DB12 and hip-dac, I noticed that the DB12’s volume controls didn’t work reliably; sometimes, I had to unplug and replug the unit into the iPhone to get them to work at all. Interestingly, the play/pause button seemed to work all the time. On a related note, the “+” button had a tendency to stick if I happened to push the outer part of the button, and it did not change the volume on the phone. This felt like an issue of poor alignment with the hole in the case, which could be a quality-control problem.

I also compared the sound of the DB12 with a direct connection to the iPhone using only the Lightning-to-headphone adaptor. As I had heard during my review of the hip-dac, the direct connection sounded a bit sharper and more brittle—not tremendously, but slightly. And on some tracks, the bass was a bit less distinct, and the sound was ever-so-slightly congested and veiled, especially in the low frequencies. This is probably due mostly to the iPhone’s headphone amp, since the DB12 (using the iPhone DAC) and hip-dac (using its own DAC) sounded nearly identical.

The Helm DB12 AAAmp claims to be the “world’s smallest portable hi-fi headphone amplifier.” I don’t know if it truly is the world’s smallest, but it is remarkably tiny, and it does provide exceptional sound quality. And of course, it’s THX certified.

My only real gripe is that the “+” volume button sometimes sticks if pressed in the wrong place. Also, the volume controls did not work reliably, though that might well have been because I was plugging and unplugging the unit frequently, which the average user wouldn’t do. And like the iFi hip-dac, the DB12 does not automatically power down after some period of inactivity, so it’s easy to run down the battery if you forget to turn it off.

Speaking of the hip-dac, it’s sound is virtually identical to the DB12, and it’s $50 less. It also has more robust build quality with a super-sturdy power/volume knob, and it doesn’t rely on the DAC in the device it’s used with. On the other hand, it’s larger and more awkward to manage with a smartphone.

At just under $200, the DB12 AAAmp is a bit on the pricey side, but it does offer a distinct improvement in the sound quality of mobile devices—depending on the quality of their DAC—in a super-convenient package.