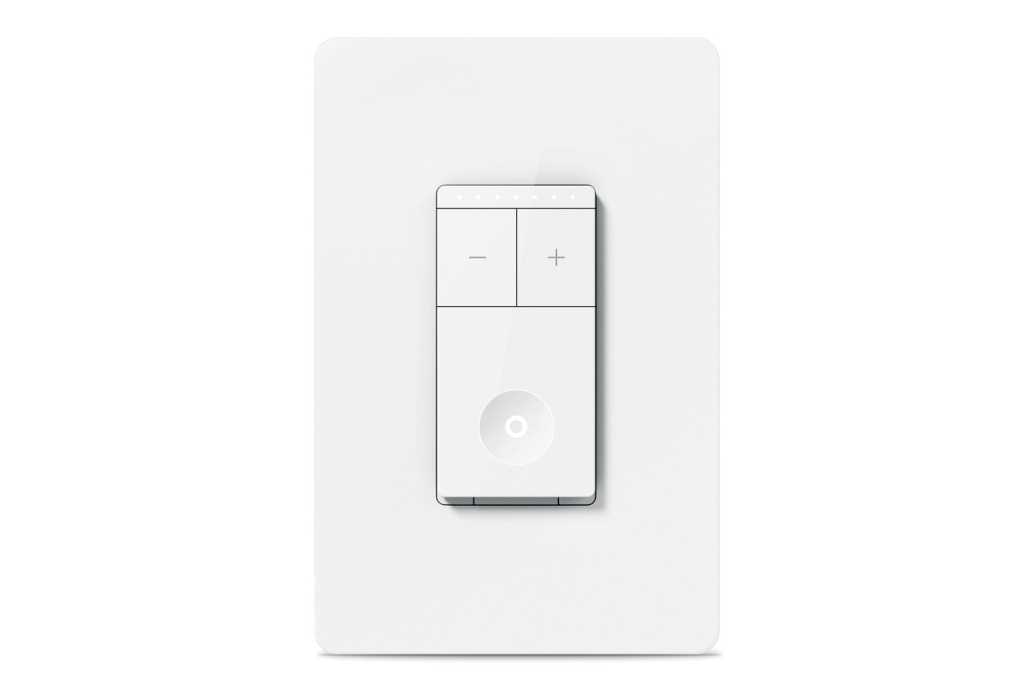 Image: Treatlife
At a Glance

Treatlife upgrades its dimmer with an improved design and three-way support.

In my Treatlife Wi-Fi dimmer switch review last April, I remarked that it was a basic and ultra-cheap but workable option for an in-wall smart dimmer. The company responded that it has been busy correcting the issues I noted in that review; specifically, that it was launching a new dimmer switch (reviewed here) that supports both single-pole and 3-way installations, and that it was making upgrades across its product line.

The new Treatlife 3-Way Smart Dimmer DS02 has a completely different design from the company’s single-pole dimmer, with a wide on/off paddle beneath two side-by-side buttons used for dimming and brightening. The 3-way dimmer has a busier appearance but it’s a more practical and intuitive one that, at the very least, is simple to understand, and it doesn’t require any awkward, touch-sensitive dragging to work.

This review is part of TechHive’s coverage of the best smart switches and dimmers, where you’ll find reviews of competing products, plus a buyer’s guide to the features you should consider when shopping.

The business end of the dimmer has five pigtails (line, load, neutral, ground, and traveler), and wire nuts are included for all your connectivity needs (there must be a neutral wire in the box you’re installing it in). In my case, this made for an extremely tight fit, and I had to strain to jam all the wiring back inside. On a side note, the first unit I received was dead on arrival and would not power up; the replacement the company sent worked fine.

One solid selling point is that you can use the DS02 with any standard switch at the second location. Most smart three-way switches depend a companion switch from the same manufacturer, which drives up the cost of a three-way smart lighting installation. Treatlife’s smart three-way can only be used with an ordinary switch as the remote, not another smart switch. Treatlife notes that its dimmer needs to be installed at the “input end of the 3-way line;” that is, it must be first in the circuit en route the line from the distribution box. Figuring this out might take some trial and error on your part, but Treatlife’s instructions are at least helpful on this front.

As noted in prior Treatlife reviews, users must use the generic Smart Life app to configure and manage the hardware. This app is very basic (and roughly translated from Chinese), but it’s easy to follow, and I had no trouble getting the dimmer up and running.

Smart Life separates devices into rooms, and drilling down into the dimmer lets you manually control power and brightness, or set up schedules or countdown timers to control power to the attached lights. The new addition here is that within these interfaces you’ll now find a brightness setting, so you can fine-tune brightness via your schedules instead of merely having the lights revert to the previously used brightness level whenever they turn on.

Other features, including a randomized vacation mode and the ability to disable the onboard LED via software, remain nowhere to be found on this device—although Treatlife says a vacation mode is (still) coming soon. The good news is that Alexa and Google Assistant support are still in the mix. Another plus: While the dimmer can sometimes be slow to respond to app commands, I didn’t encounter any of the disconnect problems I found with the earlier, single-pole dimmer.

At just $29, you’ll be hard-pressed to find another Wi-Fi smart three-way dimmer—particularly one that doesn’t require you to buy a special switch for the secondary location. Ultimately, this dimmer might not be jam-packed with features, but it is a very cost-effective way to get the job done.