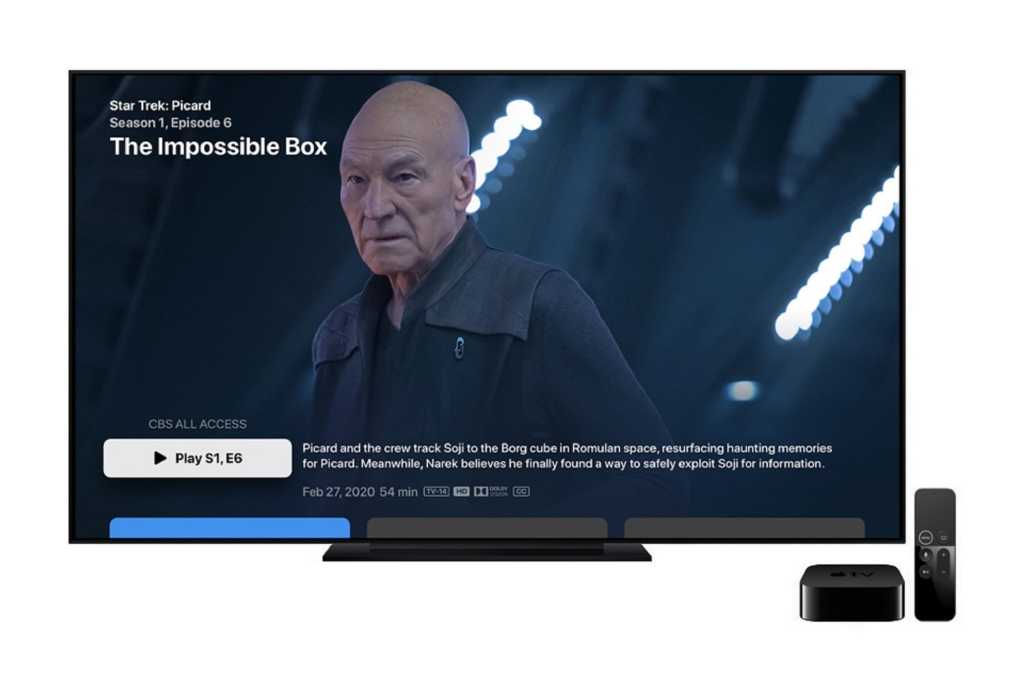 On Monday, Apple instantly transformed its Apple TV+ streaming service from an also-ran into a compelling Netflix alternative.

But it didn’t do so on its own. Instead, the company announced a new bundle for current Apple TV+ subscribers: For an extra $10 per month, customers can add both Showtime and the ad-free version of CBS All Access, which normally cost $19 per month together. (Apple TV+ itself costs $5 per month or $50 per year.) Those who subscribe to this bundle can then access it not just on Apple TV streaming boxes, but through the Apple TV app on Roku, Fire TV, LG TVs, and Samsung TVs.

Squint hard enough, and this offering looks like the beginning of a new kind of TV bundle, one that’s a lot better than bloated cable packages. While you’ll still have the option to pay for individual streaming services, you’ll also have some opportunities to string certain services together at a discount.

Why the Apple bundle works

Apple and ViacomCBS (which owns both CBS and Showtime) had good reasons to bundle their streaming services together.

Currently, Apple TV+ offers just a few dozen original series and movies, and Apple has mostly abstained from licensing older content to boost its catalog. As such, it’s dwarfed by the likes of Netflix, Amazon Prime, and Hulu, each of which offer thousands of movies and shows.

ViacomCBS’s services are in many ways complementary. CBS All Access provides the kind of mainstream network TV that Apple TV+ lacks, including news, talk shows, sports, and good old-fashioned procedurals. It’s also been getting more back-catalog shows from ViacomCBS cable channels such as Nickelodeon, Comedy Central, and BET. Showtime, meanwhile, provides a major source of Hollywood films along with the kind of prestige TV back catalog that Apple TV+ lacks.

The bundle also serves a more pressing need for Apple, which so far has been giving away a year of Apple TV+ to anyone who buys a new Apple device. In a few months, those free subscriptions will start to run out, and customers will begin questioning whether they should still pay for a service with so little to watch. The ViacomCBS bundle might compel them to stick around.

What’s in it for ViacomCBS is less clear, given that the total price is far less than the standalone pricing of All Access ($6 per month with ads, $10 per month without) and Showtime ($11 per month, or $9 per month when bundled with an All Access subscription). But like every other company in the streaming wars, ViacomCBS must now contend with a fickle subscriber base that can easily bounce between services based on whichever has the best shows at the moment. A bigger bundle that’s priced in the same ballpark as Netflix might be something people want to keep for longer than a month or two at a time.

Bring on the bundles

Of course, Apple and ViacomCBS can’t claim to have invented the streaming bundle strategy. Last year, Disney created a $13-per-month package for all the streaming services it owns, including Disney+, Hulu, and ESPN+. Subscribers saved $5 per month over the cost of getting each service individually, and that savings rose to $6 per month a couple weeks ago, when ESPN+ raised its standalone price by a dollar per month for new subscribers.

There are a few parallels between the Disney+ bundle and the new one from Apple. Both offer a trio of complementary catalogs, both keep people from churning through individual services every month or two, and both help prop up services whose content selections are still a bit thin.

Yet the Apple-ViacomCBS bundle is unique in that it combines services from separate companies. The idea is long overdue, and if it’s successful, maybe it’ll pave the way for other streaming services to follow. With all the add-on “Channels” Amazon sells to Prime subscribers, for instance, it’s easy to imagine some of them being rolled up at a discount.

More ways to save

Looking ahead, we’re likely to see even more novel ways of packaging streaming services together. Last week, Bloomberg’s Mark Gurman reported that Apple is planning another bundle that ties together its own services, including Apple TV+, Apple Music, Apple Arcade, Apple News, and iCloud storage. Google also has started giving YouTube Premium subscribers free trials to its Stadio Pro gaming service, hinting at the possibility of a bundled subscription in the future.

If you think this is starting to look like cable all over again, fret not. Instead of oversized bundles, what we’re getting instead is a patchwork of ways to save money, with each one appealing to different subsets of cord-cutters.

Best of all, these package deals are optional, so you can still pick and choose individual streaming services if that makes more sense for you. If these companies want you to subscribe to lots of different streaming services, they’ll need to earn it through bundles that are actually compelling. Kudos to Apple and ViacomCBS for figuring that out sooner than everyone else.