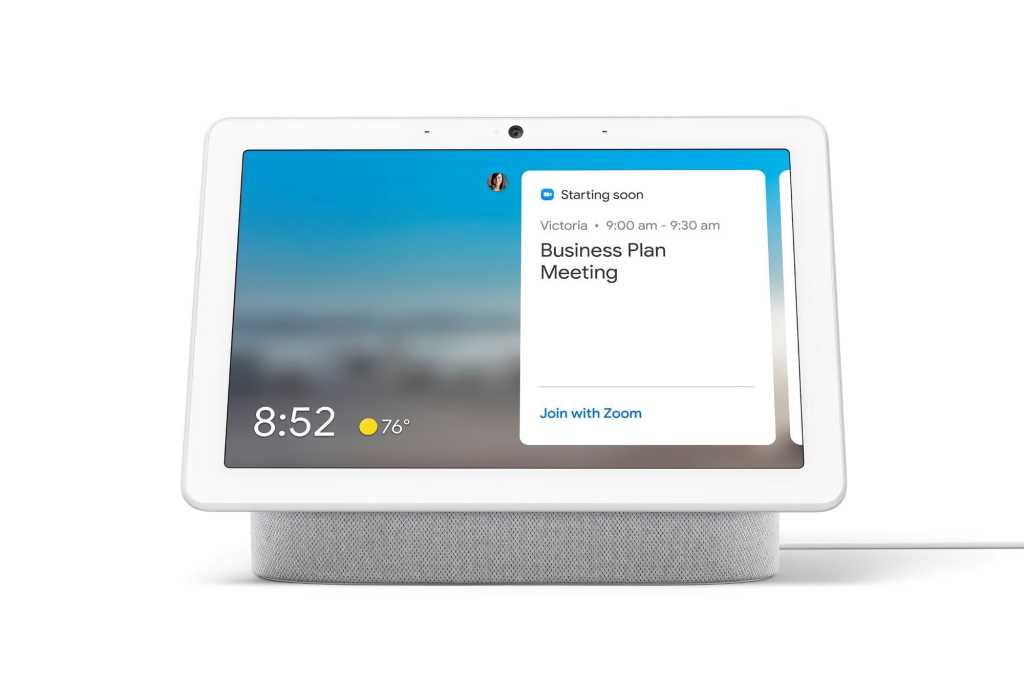 Zoom, the video conferencing app of the COVID era, is about to land on Amazon, Facebook, and Google smart displays.

In a press release, Zoom announced it will make its initial debut on Facebook Portal displays next month, while Zoom integrations for Amazon Echo Show devices and Google Assistant-enabled displays, including the Nest Hub Max, are due this fall.

The arrival of Zoom on the Amazon Echo Show (starting with the Echo Show 8) will be a major boost for Amazon’s smart display, which up until now was only capable of one-on-one video calling.

Google announced group calling on its Google smart displays via Google Meet and Duo in late June. Facebook’s Portal smart displays support group calls of up to 50 people with Messenger Rooms and Workplace Rooms. Separately, Facebook announced that it will also be adding BlueJeans, GoToMeeting, and Webex support to its smart displays next month.

Zoom on Portal devices will offer “one-touch join” along with digital whiteboarding, and it will be available on the Portal Mini, Portal, and Portal+, with support for Portal TV coming “in the future.”

On the Echo Show, users will be able to join Zoom meetings simply by asking Alexa, or Alexa can automatically launch a Zoom meeting that’s in your calendar.

In its announcement, Zoom didn’t mention how many participants will be supported for Zoom calls on smart displays. In Google Meet calls on Google displays, for example, you can chat with up to 100 people on the Google Nest Hub or Nest Hub Max, while Google Duo (which used to only support one-on-one calls on a Google display) can handle groups of up to 32 people.

Updated shortly after publication to add the news that Zoom will be arriving on Amazon Echo Show and Facebook Portal smart displays as well as Google smart displays. Also added more details about Portal’s group video calling features, as well as announcements of more video conferencing integrations for Portal.