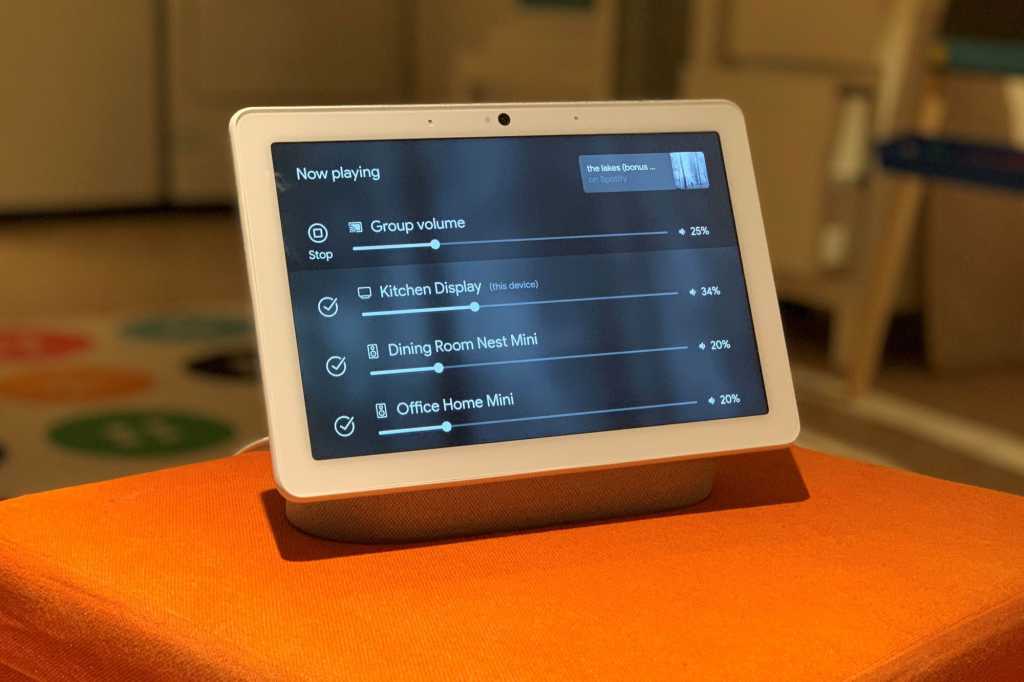 Creating speakers groups to play music on multiple Google devices simultaneously used to require help from the Google Home app, but now you can queue up multi-room audio directly from a Google smart display.

The new multi-room audio interface, which you can access from just about any Google Nest-compatible music app, is rolling out today to the Google Nest Hub, the Nest Hub Max, and other Google Assistant-compatible displays. The feature will also arrive in the Google Home app this fall, Google said.

Here’s how it works: Just start playing some (for example) Spotify music on your Google smart display, then tap the button in the bottom-left corner of the music interface.

When you do, you’ll see a list of all the Chromecast audio-capable devices in your home, including your Google smart speakers and displays. To create an instant multi-room speaker group, tap on the device names to add them to the group.

Once you’ve created your on-the-fly Google speaker group, you can adjust the volume for individual devices or the entire group. You can also remove speakers from the group, or tap Stop if you’re done listening.

Google says the new multi-room interface for Google displays should work with such Nest-compatible music apps as Spotify, Pandora, and YouTube Music.

While you can’t create instant multi-room audio speaker groups from a Google smart speaker such as the Google Nest Mini, you can ask Google Assistant to transfer your music to another speaker or pre-existing speaker group by saying (for example): “Hey Google, move my music to the bedroom speaker.” Google added that “music transfer” functionality to Google Assistant last fall.