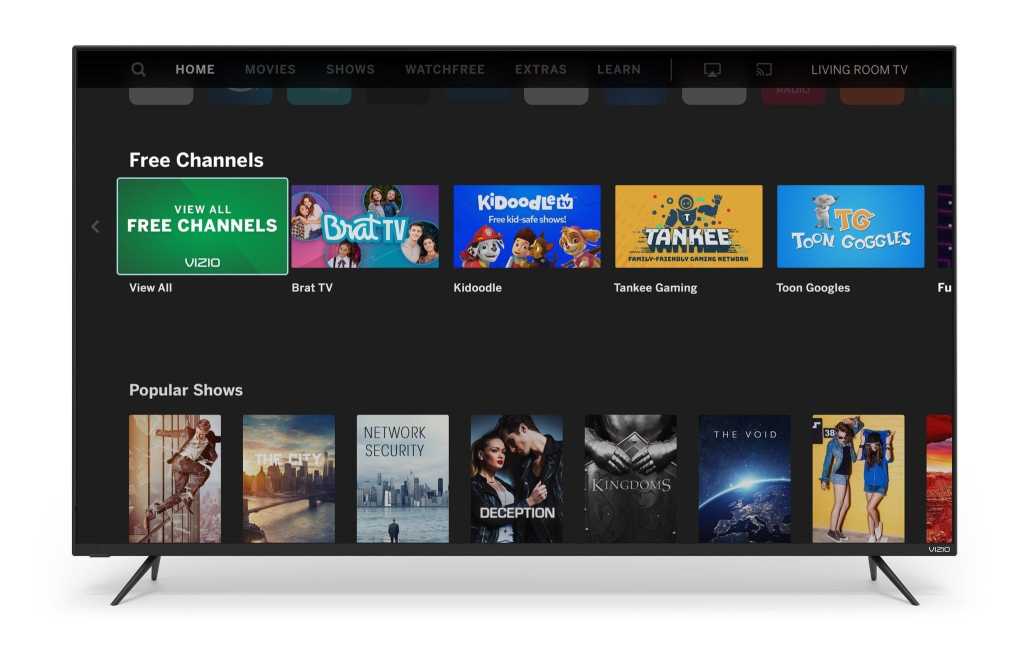 Among the new kid-oriented channels that just arrived on SmartCast are Ameba, HappyKids Junior, Kidoodle.TV, and The Official LEGO Channel.

The new streaming TV channels can be found in the “Free Channels” carousel on the SmartCast home screen.

With the addition of the 12 new family-friendly channels, Vizio SmartCast users will have access to more than 200 free linear TV channels, including those in the Pluto TV-powered WatchFree service and 30 other streaming channels that Vizio added in April.

Streaming linear TV channels, which allow cord cutters to channel surf—complete with advertising breaks—just like over-the-air and cable viewers do, have been quickly growing in popularity.

Roku, for example, now offers more than 100 free streaming TV channels through The Roku Channel, which recently added a DVR-like programming grid and the ability to flip directly from one streaming channel to another.

Here is a complete list of all the kid-oriented streaming TV channels that Vizio is adding to SmartCast: