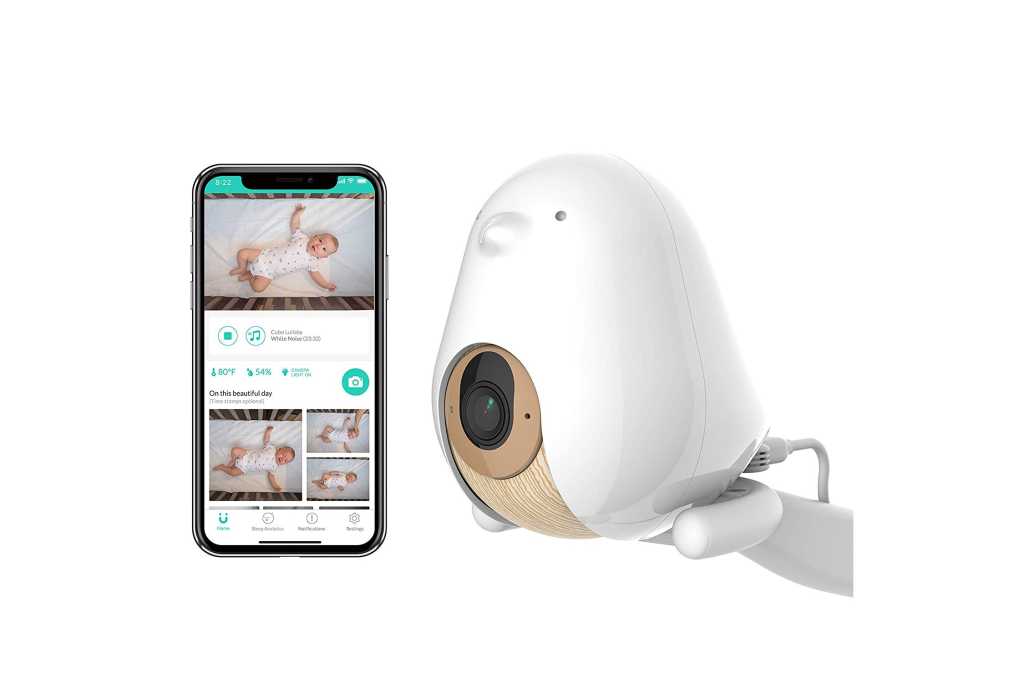 The Cubo AI Plus is an excellent AI-powered baby monitor with smart alerts that should help both child and parents sleep better.

The Cubo AI Plus has baby-welfare bona fides that should make the most anxious new parents sleep easier. The baby monitor’s proprietary technology was co-created by a mom and a pediatrician. As the brand story goes, the mother one day found her newborn sleeping with his face accidentally covered. After a half-dozen baby cameras failed to ease her anxiety—or her insomnia—she took matters into her own hands and with pediatric guidance, set about creating a camera that would.

This camera’s marquee feature addresses the issue that gave its creator so many sleepless nights: Safety detection alerts that notify parents of a covered face, stomach sleeping, and other sleep risks. But it’s also chock full of the wish-list items that make modern parents squee with joy, including night vision, temperature and humidity monitoring, sleep tracking and analytics, and automatic photo capture.

The Cubo camera earns cute points right out of the box. The enclosure has been sculpted into a plump little bird, one that tweets to let you know it’s detected noteworthy baby activity. Set into its belly is a wide-angle Sony lens that captures video in 1080p resolution. This is flanked by a light sensor and a high-sensitivity microphone. The infrared light set above the lens to enable night vision doesn’t emit any visible red light, so there’s little risk it will wake your baby.

The camera enclosure also includes a night light and a built-in speaker. A multi-purpose button on the bird’s back is ringed with a status light that can be turned off if you find it’s disruptive.

Parents have some flexibility in setting up the Cubo AI. The simplest is to attach the camera to its mobile stand and set in on a shelf or dresser. If that’s not logistically possible, you can mount the camera to a floor stand or attach it directly to the baby’s crib. All the necessary parts and detailed directions are supplied with the camera; assembling either of these apparatuses is a two-person project, though, so plan accordingly.

It’s also worth noting that the floor stand requires you to insert a full plastic water bag (supplied) into the floor base to weigh it down. The camera needs to be continuously plugged into an electrical outlet and the power cord threads through a cutaway at the back of that same base. It all looks safe enough—the water bag’s lid is on the opposite side from the cord, and the cord never comes in contact with the water bag—but I still wouldn’t be comfortable with this setup in my child’s nursery, and I’d bet a lot of nervous new parent wouldn’t either. Might a bag filled with sand be better?

I didn’t encounter any issues connecting the camera to my network. You need to download the Cubo app and register an account. From there, the app takes the reins and guides you through pairing the device and logging into your Wi-Fi.

Cubo has put configuration tips right on the app’s launch page, and that is no small mercy for addled new parents. Rather than having to hunt through a cryptic menu, users are directed to the appropriate settings for enabling covered-face and rollover alerts and setting detection zones. Parents of infants will be most interested in the crib-detection zones, which define an area over the crib for the AI to monitor for motion, and crying detection, which sends an alert when the AI recognizes crying among the baby’s other sleep sounds. 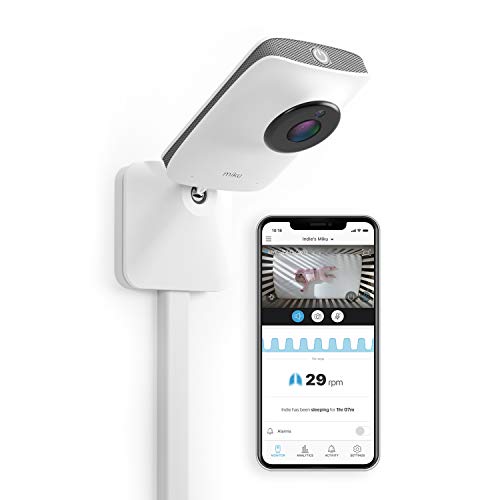 A feature I don’t recall seeing on another monitor, or at least not presented as Cubo has, is a danger-zone setting. This works like the crib-detection zone, except you set this area outside the crib to be alerted if someone enters it. Though “danger zone” evokes images of late-night intruders, this feature has a much more practical application: Ensuring a toddler or errant pet doesn’t disturb or hurt the baby while they’re sleeping. It will also come in handy when the baby is mobile, as you can set zones around un-baby-proofed areas in your home.

Viewing your child with Cubo AI Plus is much like using a Wi-Fi home security camera. The app streams a live feed to your phone and presents you with controls for activating the microphone—great for soothing a stirring infant—and capturing video and screenshots on demand.

The image quality is an order of magnitude greater than what you’d get with an old-fashioned VGA baby monitor. The camera leverages that by automatically taking photos when the AI recognizes your baby is smiling, sitting up, or doing something else notable. These pictures are organized by age and saved in a digital scrapbook called the Moments Wall.

Each morning, the app presents you with a sleep analytics report, an aggregation of the baby’s nighttime activity. The data is presented in graph form along with highlights such as the total amount of sleep, number of awakenings and caregiver visits, and the longest stretch of uninterrupted sleep.

The camera normally comes with one day of sleep tracking and analytics, 10 days of Moments Wall history, and the ability to view 18 hours of live video footage and all alert-based videos. You would need to purchase a Premium account ($8 for one month, $45 for 6 months, and $80 for a year) to be able to download video and get 30 days of analytics and Moments photos. Cubo, however, is currently offering a year of Premium service free with the purchase of the Cubo AI Plus. That’s a pretty sweet deal for parents who will see much of their disposable income redirected toward myriad baby needs during that first year.

All told, the Cubo AI Plus is an excellent baby monitor and it promises to get even better—the company has said that lullabies and smart home integration are coming later this year. At $350, it’s priced comparably to other AI-enabled cameras, such as the Miku Smart Baby Monitor. Still, it’s a relatively small price to pay for better, safer sleep for the whole family.

Note: Cubo AI is offering a limited-time product launch discount of $100 whether you purchase the camera on Amazon (check the coupon box) or at http://www.getcubo.com (enter the code CUBOPLUS).