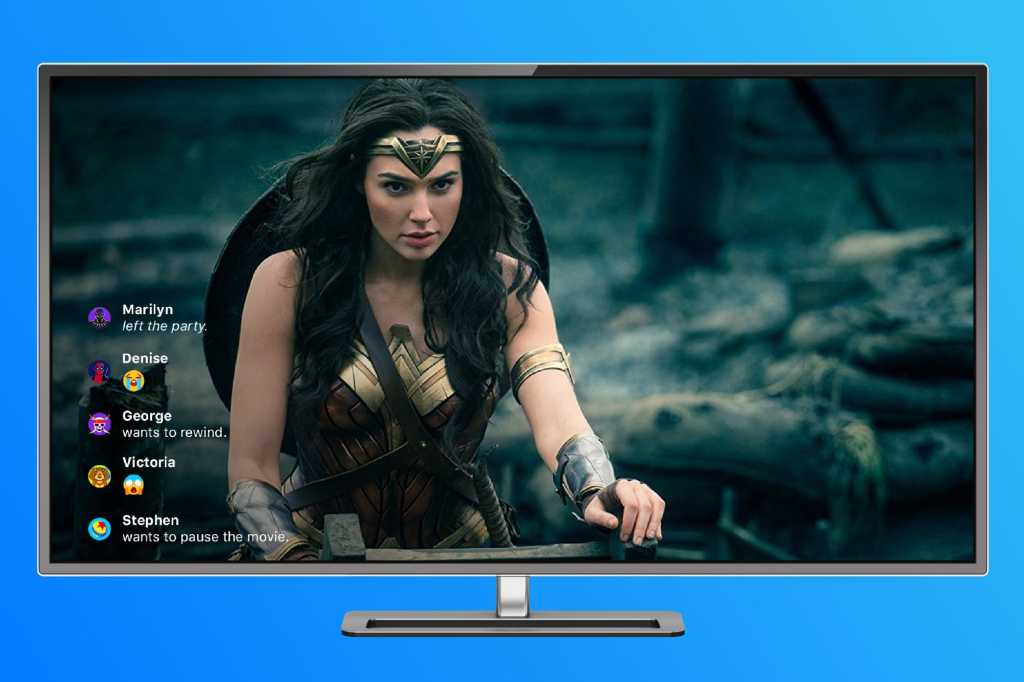 Following in the footsteps of such video streaming services as Hulu and Plex, Movies Anywhere’s new Watch Together feature is compatible with any movie in your Movies Anywhere locker, and it works across all of the service’s various apps, including those for iOS, Android, and smart TVs.

Up to nine viewers can join a Movies Anywhere watch party at a time, and those in the group can react to the action with emojis, although (unfortunately) not with text chat. The Watch Together host gets to control movie playback, while guests in the room can request that the host pause, rewind, or fast-forward the video.

While you can invite anyone to a Movies Anywhere watch party by sending them a room code or a URL, your guests will need to jump through a few hoops before they can start watching.

More importantly, you and all your guests must—in one way or another—have access to the Movies Anywhere title you want to co-watch.

For example, you and your friends can join a Movies Anywhere watch party if everyone in the group has either purchased the movie through Movies Anywhere or unlocked it via a redemption code (typically from a Blu-ray disc).

Another option is to lend a movie to up to three guests using Movies Anywhere’s new Screen Pass feature. Those who receive a Screen Pass will have up to 14 days to access the movie and 72 hours to watch once they press the “play” button. Only “select” Movies Anywhere titles are eligible for the Screen Pass program, however, and for now, the list of ineligible movies include Marvel films and the Star Wars saga.

Speaking of Screen Pass, Movies Anywhere just announced a new feature that allows Screen Pass recipients to browse the eligible movies in the lender’s collection and pick for themselves the title they’d like to borrow.

For those who aren’t aware, Movies Anywhere essentially lets you take your digital movie collection (or most of it anyway—neither Paramount nor Lionsgate participate in Movies Anywhere) to services such as iTunes, Amazon Prime Video, and Vudu, along with any purchased DVD or Blu-ray movies that include digital codes. All you need to do is sign up for a Movies Anywhere account and connect it to your favorite (and participating) digital video retailers.