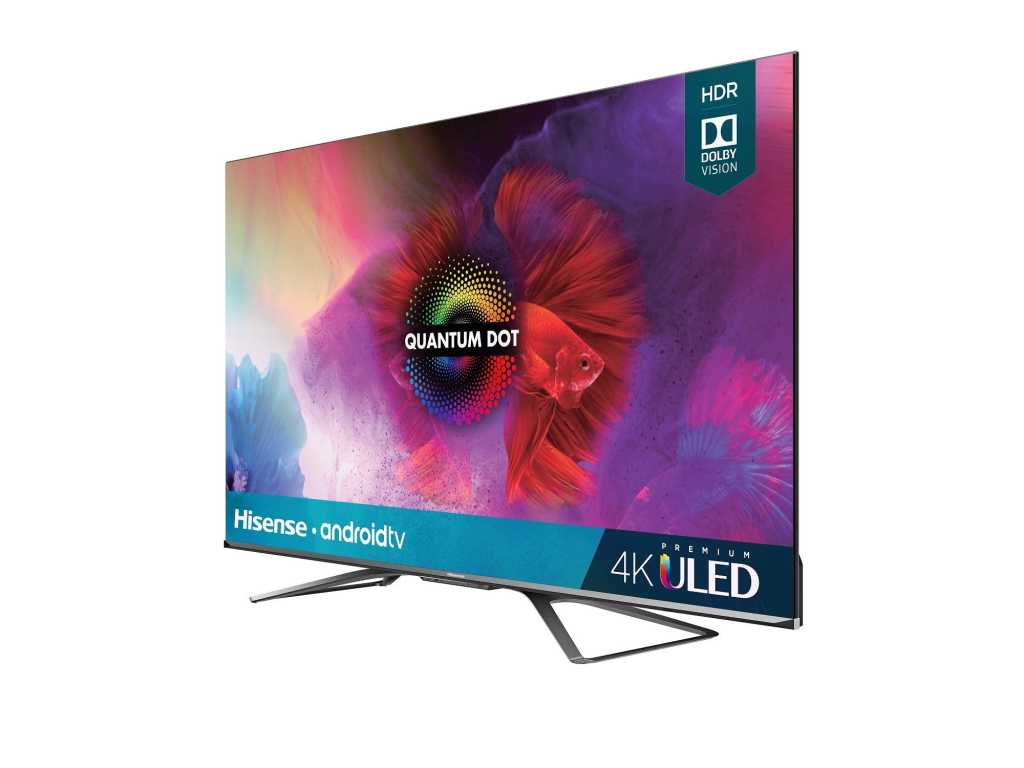 Hisense’s H9G delivers as good a picture as just about anything in its price range, including models from the more famous vendors. The sound is middling, but Android TV sweetens the pot.

With this year’s H9G, Hisense continues its trend of delivering more than competent TVs at more than reasonable prices. While this latest revision offers relatively mild improvements over last year’s H9F, that’s simply making what was already a very good TV better.

The H9G sports a 10-bit, 3840 x 2160 (4K UHD), 120Hz panel with array backlighting and is rated for 1000 nits of peak brightness. That allows it to do justice to the Dolby Vision and HDR10 content it supports. Google Assitant is on board, and the Android TV operating system means lots of smart functionality via apps. The H9G I tested was a 55-inch class (54.5-inches diagonally); a 65-inch class H9G is also available for $950.

The H9G is a fairly standard design with the electronics housed in a bustle at the lower back of the rear of the unit. It has a thin bezel, but in person, it’s not quite as thin as the images make it seem. If such things bother you, watch more compelling content.

When it comes to connectivity, the H9G has the average user more than covered. There are four HDMI ports (ARC is supported, but not eARC), two USB ports, coax for an over-the-air antenna or cable/satellite set-top box, plus RCA inputs for stereo audio and composite video, as well as a Toslink optical digital audio and 3.5mm headphone outputs. The Wi-Fi is 802.11ac and there’s a Bluetooth radio onboard.

The H9G is solidly constructed, and because of its relatively thick lower portion, it doesn’t exhibit a lot of flex. Despite that, it weighs in a little less than 40 pounds. I had no issues wrangling it myself, but you might want to enlist a friend just to be safe.

The H9G is an Android TV with all the goodness that now entails. The crash-happy Android TV operating system of a few years ago is gone—the multimedia app that I used to play videos stored on USB sticks was rock solid. Indeed, I’ve gone from hating Android TV to being quite fond of it. And geez, if you want apps, you can’t beat it.

The H9G’s remote is generic in design, albeit efficient where the rubber meets the road: your fingers. The keypad, rocker cursor and selection buttons, and especially the dedicated transport controls (play/pause, fast-forward, etc.) are sensibly laid out. There are also four special function buttons (RGYB) that enable the remote to control cable/satellite TV set-top boxes and other devices. Voice commands via Google Assistant are also supported, for those who like talking to their tech. If you prefer Alexa, you’ll need an outboard smart speaker or the Alexa app on your mobile device.

I hear from users who love the advertising/shortcut buttons are are increasingly common on these types of remotes, and I’m guessing if I used any of those services, I might as well. Actually, I do use YouTube, but I can’t help but think that this somewhat large remote would be more comfortable without them. That’s an extremely minor gripe and I expect disagreement. It’s fine. I never thought twice about it, but I’m paid for my opinions. 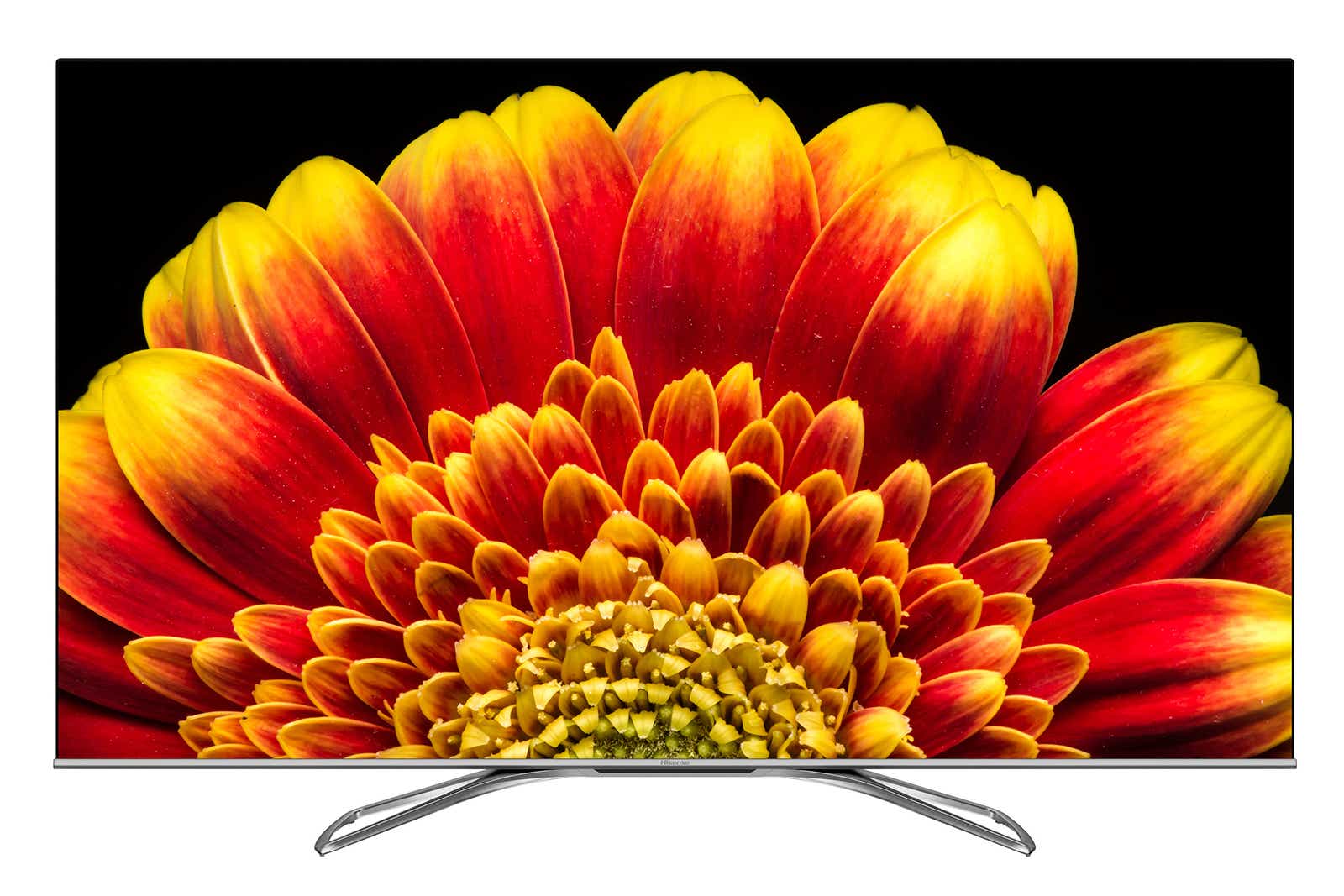 With the introduction of array backlighting in the H9F iteration, the H9’s image became far more capable in terms of usable brightness and HDR rendering. The claim of 1000 nits is just about on target. That’s enough, combined with the decent blacks the H9G renders, to deliver a pleasing HDR effect most of the time.

In fact, the array backlighting algorithm (there are approximately 130 to 140 zones), proved very effective under the majority of circumstances. It did great on the Sony Las Vegas nighttime skyline video, and that’s not something I can say about many TVs in this price range.

The only test where the zone dimming methodology proved slightly suspect was in rendering a starfield, where the bleed produced an ever-changing, mutating gaseous cloud effect. But that’s like saying trees have branches. No LED-backlit LCD TV handles starfields well—that’s OLED territory.

Beyond that, the colors are accurate and rich (par for the course with quantum dots), motion compensation is excellent even at moderate settings, and there was little in the way of distortion or cloudiness with an all-white background.

If I were to complain about anything, it’s that fine detail—even when pushing the sharpness setting—was not particularly impressive. On the other hand, there was little moiré or shimmer in pans. Personally, I appreciate the trade-off; even detail-obsessed Samsung has backed off a notch with its 2020 TVs.

The H9G’s audio output won’t blow you away; however, it’s fine for casual listening. If you’re using it in the living room or for extensive movie viewing, you will want to plug it into something with more clarity and oomph. At least for the blockbusters.

The H9G also supports Bluetooth headphones, which is the cheapest way to solve its audio shortcomings. The latency between lips moving and dialog was quite livable, albeit noticeable if you find such things irritating. It didn’t bother me in the least, and is infinitely better than hearing my neighbors pound on the walls.

I wouldn’t complain at all if the H9G was sitting on my TV stand. Okay, the dresser that serves that purpose. For the money it’s an excellent HDR TV that suffers no glaring weaknesses. Good job, Hisense.