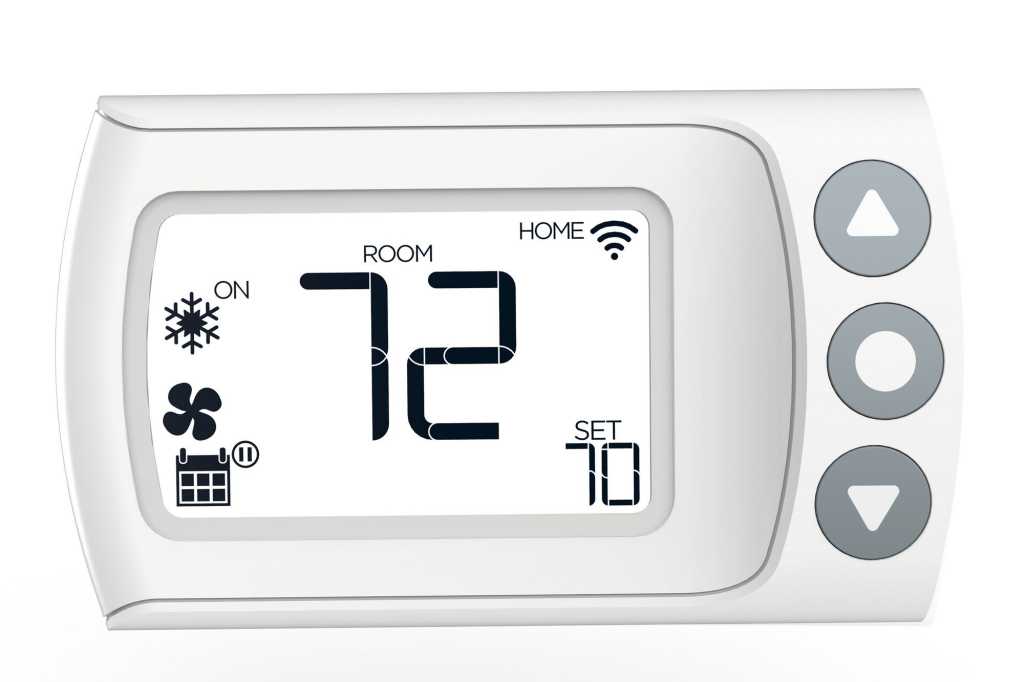 Image: Johnson Controls
At a Glance

The Lux CS1 doesn’t stand out in the crowded market of smart thermostats, but it might be a good choice if your home doesn’t have a C-wire in place.

Johnson Controls acquired smart thermostat maker Lux Products in late 2018, and the Lux CS1 follows in the footsteps of that company’s affordable GEO and Kono products, which are still available. The $99 Lux CS1 looks more conventional than either of those two, but all three thermostats rely on the same app.

Smart thermostat manufacturers all seem to have settled on the same installation routine, asking the user to label the wires coming out of the wall as they detach them from the existing thermostat, push them into the labeled holes on a new backplate, and then snap the front piece with the display on before dealing with the user interface and app to finish setup.

A series of quirks, however, led to the Lux CS1 being one of the more troublesome installs I’ve dealt with. Once I had the thermostat wired and powered, for instance, the display just showed the word “boiler.” As it turned out, you’re supposed to use the up and down buttons to cycle through all the types of furnace the thermostat might be connected to until you find the one appropriate for your home. But starting with what is probably the least likely type of heating system isn’t exactly intuitive.

What’s more, nearly all the thermostat’s system options are accessible only via the thermostat itself and not the app. No explanations are provided for most of the thermostat’s options, and the four-inch monochrome LCD display’s font style makes some of the text hard to read. Turning to the paper user manual didn’t help much, thanks to typos and poorly written and illustrated instructions.

Most smart thermostats depend on the presence of a C-wire to ensure they receive enough electrical power. The Lux CS1 offers two workarounds if there is no C-wire in your wall. The first has you partially rewire your furnace’s control panel, moving the G wire from the panel’s Fan terminal to its Transformer terminal, and then plugging one end of the included “power wire” into the control panel’s Cool terminal and the other end into its Fan terminal. This procedure, however, isn’t compatible with electric furnaces or heat pumps (the thermostat is compatible with those devices otherwise).

The other method is to install the $18 Lux Power Bridge, which is sold separately. This accessory also requires that you access and perform some rewiring of your furnace’s control panel. (This YouTube video from the manufacturer shows you how to install the Power Bridge with a Lux Kono smart thermostat, but the process is the same for the Lux CS1.) 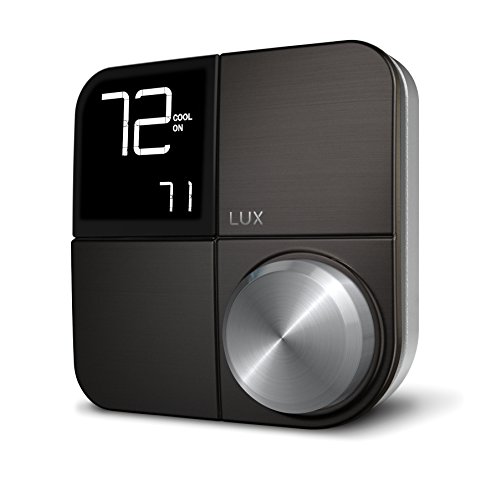 Once I had the thermostat physically installed, I found that most of the rest of the setup required me to be in front of the thermostat with the app walking me through the steps. None of this process felt as clear cut as it should have been, and the thermostat’s limited display couldn’t adequately show all the numbered steps I needed to follow. Once set up, however, the Lux CS1 works as expected, and the bright, backlit display does a good job of communicating the current temperature and temperature target.

Johnson Controls bills the Lux CS1 as a “learning” thermostat, similar to the Google Nest, but it’s hard to tell what, if anything, it was adjusting to. I didn’t really see any evidence of AI-controlled changes after a couple weeks of usage. Perhaps a busier household with more people coming and going would have a different experience than I did.

The Lux CS1 supports Amazon Alexa and Google Assistant, so you can use your smart speaker, display, or phone to query the state of your HVAC system and make comfort adjustments with voice commands. The thermostat also supports IFTTT for homeowners who like to program more elaborate automation routines. I liked its ability to create custom notifications of temperature changes (especially for dangerous freeze or high heat conditions), and the manner it conveys the cost of energy consumption based on temperature targets you set. It’s also compatible with public utility demand response programs.

The Lux CS1 isn’t the best budget thermostat we’ve tested, and I encountered some quirks during installation, but it’s serviceable enough for homes with more modest needs—particularly ones that don’t have a C-wire in the wall.