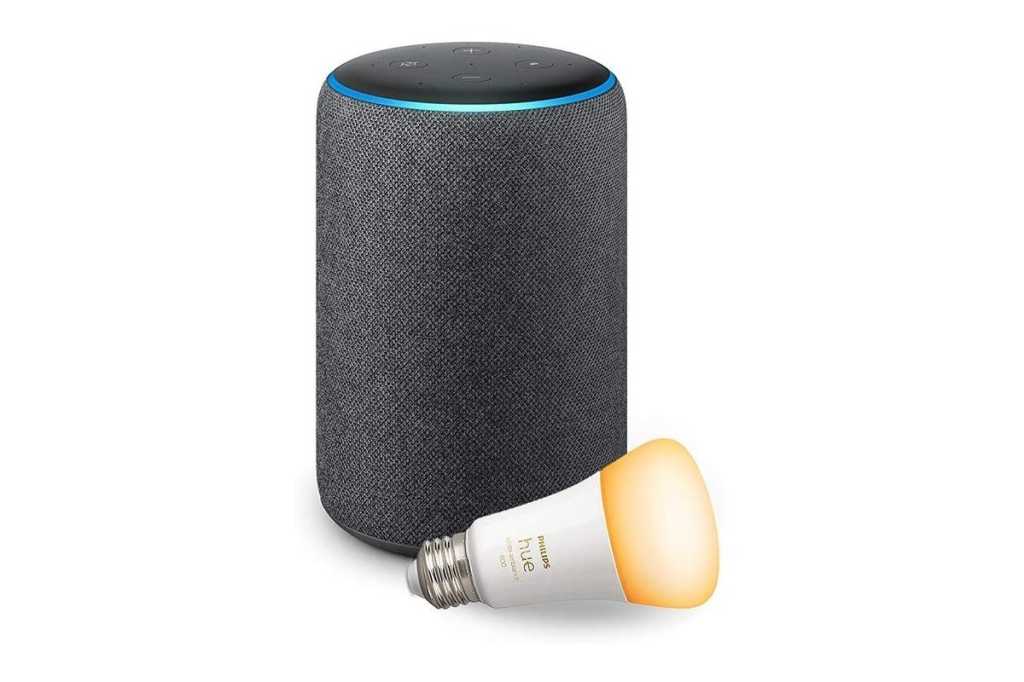 If you’re still watching the smart home revolution from the sidelines, Amazon’s got a nice starter pack right now. The online retailer is selling the second-generation Echo Plus and a Philips Hue bulb for $80. That’s $70 cheaper than the $150 this bundle usually sells for, and the same price that the Echo Plus goes for on its own.

We haven’t reviewed the second-generation Echo Plus, but we did give the original a paltry two out of five stars. That’s a pretty damning score, but our objections were largely about the value of the speaker at its $150 asking price. The second-generation Echo Plus offers better sound quality than its predecessor, and includes ZigBee hub support as did the original device.

ZigBee is a smart home wireless standard that many devices use, including Philips. It’s not the only standard, however, and the Echo Plus doesn’t work as a controller for Z-Wave smart home devices.

Still, you get the always-excellent Alexa personal assistant in a capable speaker, and a free smart light bulb. Overall, it’s an excellent value at $80 and a good bundle for dipping your toe into the world of the smart home.

[Today’s deal: Echo Plus and Philips Hue Bulb for $80 at Amazon.]