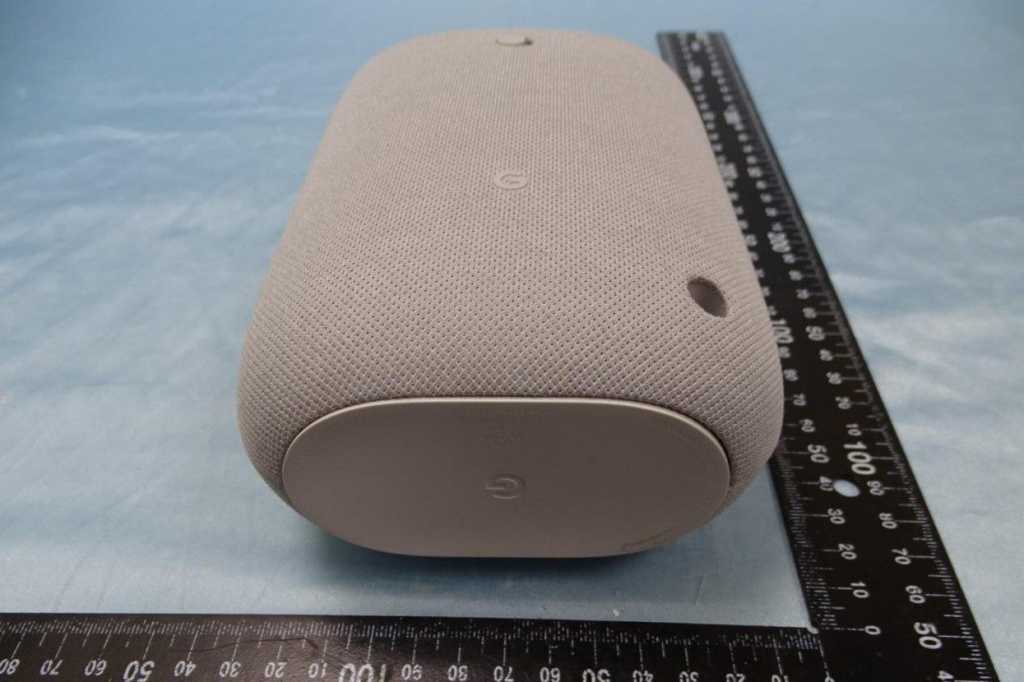 We’ve been hearing rumblings about a successor to the Google Home smart speaker ever since Google put the original on ice several weeks ago. It now appears we might have our first glimpse of the new device.

Android Police reports that a new Google device just popped up on the FCC’s website, and while the details of that device are sketchy, Android TV Guide found a similar entry with the same ID number on a Japanese regulatory site, but with pictures this time.

While the images aren’t labeled (beyond a model name, GXCA6), the fabric-covered device in the snapshots sure look like a new Google smart speaker, complete with a telltale Google logo on the side and what appears to be a mic-mute switch.

As Android Police notes, the “interactive media streaming device” in the images appears to be considerably taller than both the original Home speaker as well as the Google Home Max, a premium $300 Google smart speaker that’s still available. Additional images show the (presumed) speaker next to a pair of AC power cords with proprietary charging connectors.

The Japanese regulatory filing also reveals that the device will have Wi-Fi and Bluetooth capabilities.

Meanwhile, rumors have been circulating that a successor to the Google Home speaker—code-named “Prince”—is indeed in the works, and that the new speaker would bear “Nest” branding and arrive in an “unassuming and familiar” design.

It’s not clear when exactly Google might announce a new version of the Home smart speaker. One possible venue would have been Google’s since-cancelled I/O conference in May, while a “Hey Google” smart home event earlier this week came and went without any new hardware announcements. Google does generally hold a fall event to show off new hardware, but the ongoing pandemic makes future events hard to predict.