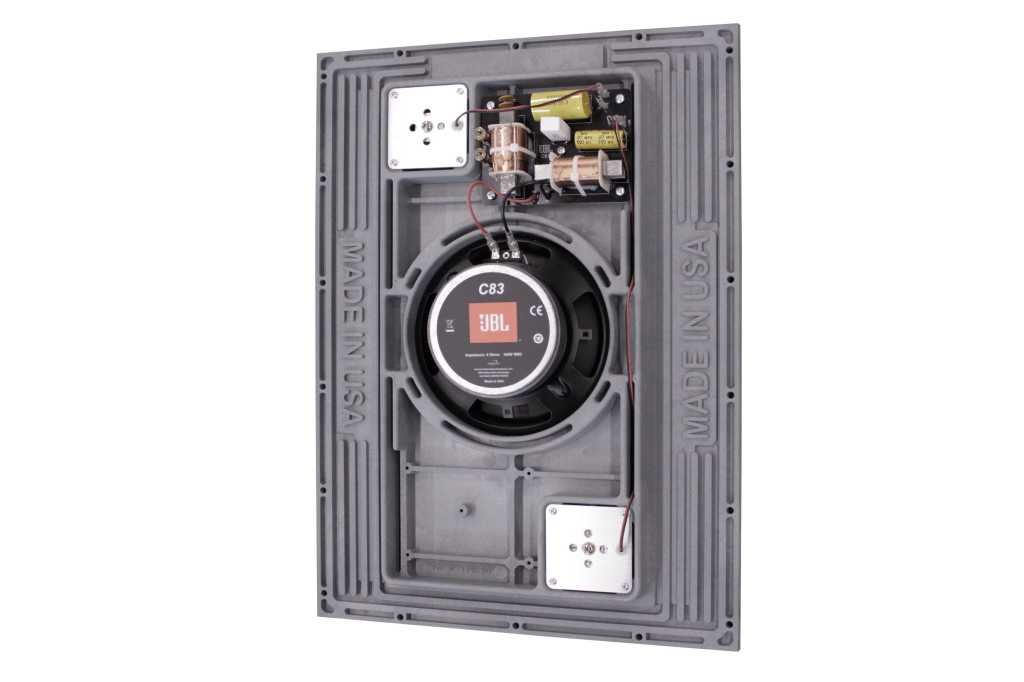 Harman Luxury Audio’s new JBL Conceal Series loudspeakers, shipping in July, are major problem solvers. When building out an audio system for a home theater, the best way to get true surround sound is to strategically place discrete speakers around the room. If you or your spouse don’t find that approach aesthetically pleasing, the traditional solution has been to mount the speakers in the room’s walls and—for Dolby Atmos or DTS:X—in the ceiling. Until now, the only way to do that was during new construction or extensive remodeling that exposes the studs.

Unlike the typical architectural speaker, Harman says its new JBL Conceal Series speakers can be installed “like a drywall patch.” They consist of a compression-molded baffle skinned with Fidelity Glass acoustic panels, which can be painted to match the wall or ceiling, so they virtually disappear. They can also be installed outdoors, under a home’s eaves. The biggest challenge will be to pull speaker wire to the locations where you want to mount the speakers, but that’s much less difficult than tearing a room down to the studs.

Cone woofers attached to the baffle acoustically couple to the Fidelity Glass, while mid-range and high-frequency transducers are attached directly to the panel. Combined, Harman says these acoustic elements create a 180-degree dispersion pattern with realistic dynamics and low-frequency extension.

The JBL Conceal Series consists of three full-range speakers and a passive subwoofer. The top-end model C86 ($2,000 each) consists of a dual-panel, six-element design with a 1-inch high-frequency transducer, four 1.2-inch mid-range transducers, and an 8-inch woofer with a 1.5-inch voice coil. The dual-panel design separates the mid- and high frequencies onto separate acoustic panels.