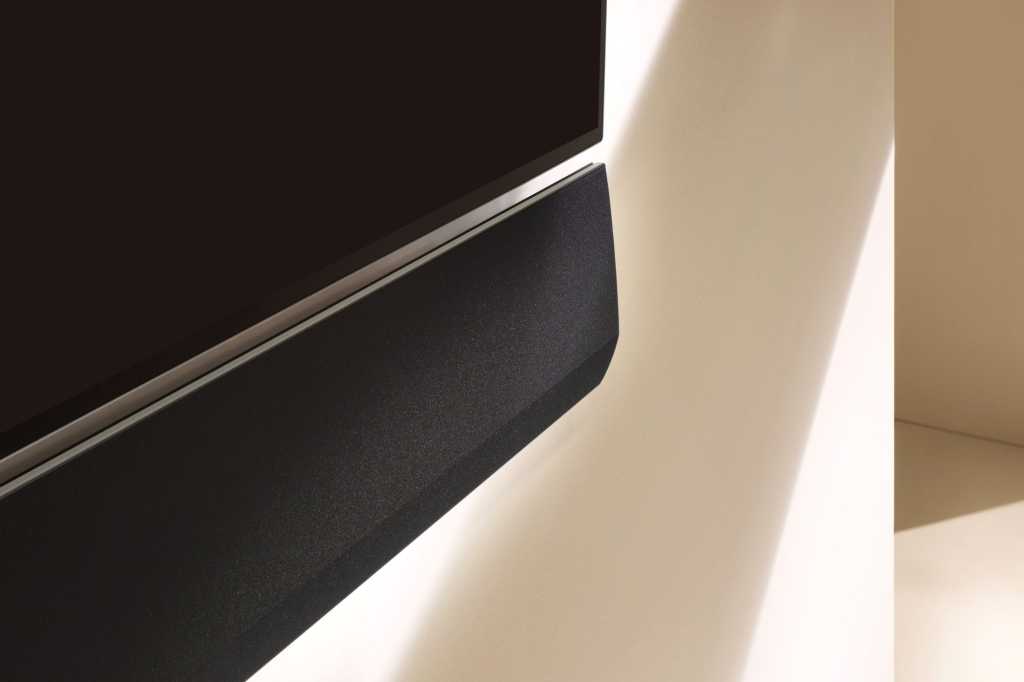 LG’s sleek, slim-bezeled GX Gallery OLED TV is designed to blend in with the decor of your living room, so it’s fitting that the just-announced GX Soundbar boasts a similarly thin profile, not to mention support for the immersive Dolby Atmos and DTS:X audio formats. 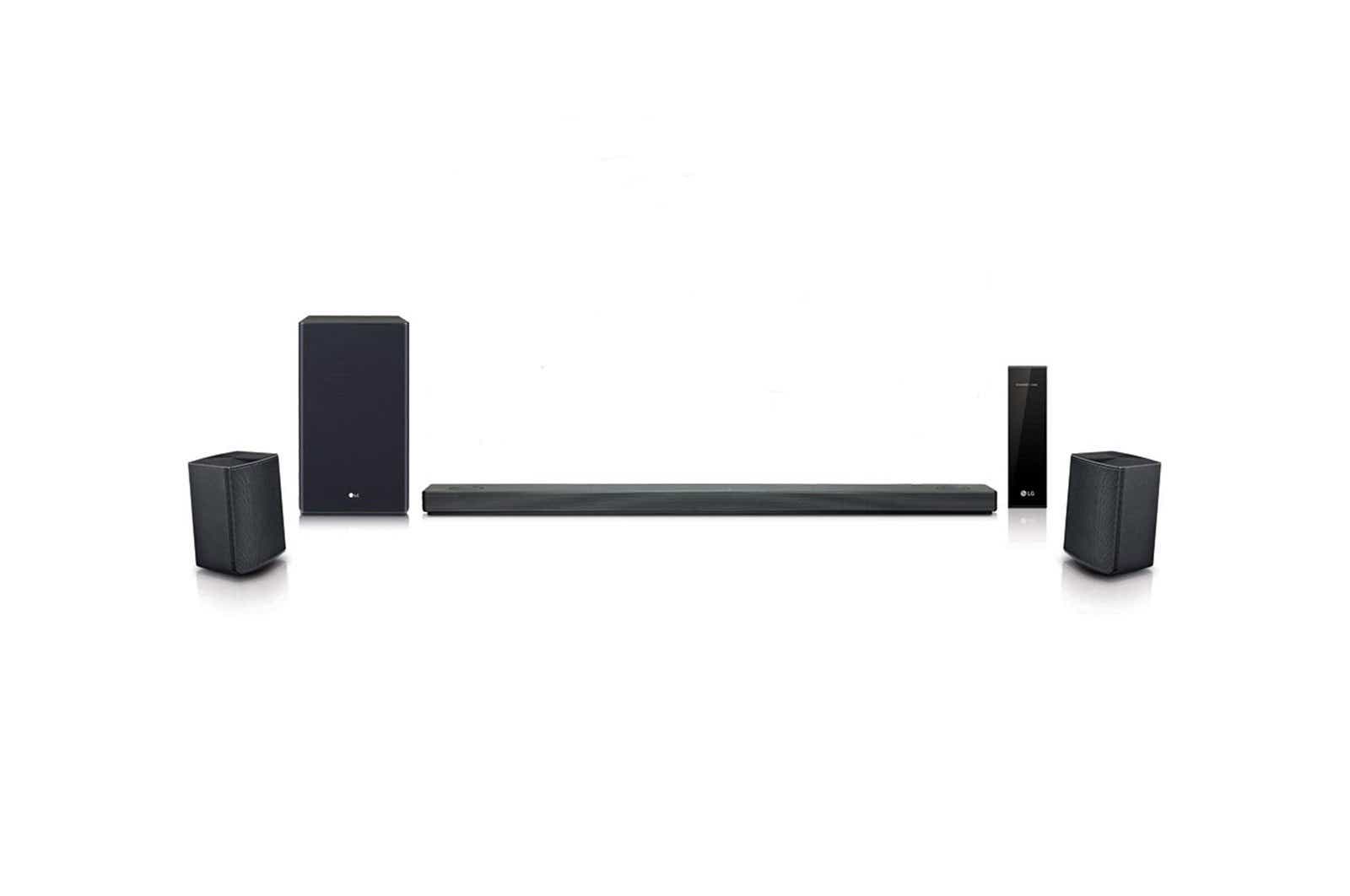 Slated to go on sale in the U.S. later this month for $999, the LG GX Soundbar’s angular, fabric-covered design is a departure from LG’s existing, boxier-looking soundbars.

The 57 x 6 x 1.25-inch housing of the main soundbar unit has the same finish as the GX Gallery OLED TV series, and it’s the same width as the 65-inch GX Gallery model. The soundbar can be mounted flush on a wall directly beneath the TV, or you can place it on a flat surface using the included steel stand.

Bundled with a wireless subwoofer, LG’s 3.1-channel GX Soundbar supports object-based Dolby Atmos and DTS:X audio formats, with virtualized height and surround channels delivered via “a combination of proprietary technologies provided by Meridian, Dolby and DTS,” according to an LG rep. You can also upgrade the GX Soundbar to a full-on 5.1 system by adding LG’s optional SPK8 wireless surround speakersRemove non-product link.

The GX Soundbar features 4K HDR passthrough (including Dolby Vision) for those wishing to connect a video source directly to the soundbar’s HDMI input.

If you’d rather connect video sources to the TV’s HDMI inputs and transmit audio to the soundbar via the GX’s HDMI-ARC port, good news: the soundbar supports eARC, an “enhanced” version of ARC that allows for lossless Dolby TrueHD and DTS-HD Master Audio soundtracks. (The standard version of ARC lacks the bandwidth for these lossless codecs.)

You can wirelessly stream music to the GX Soundbar from an iOS or Android device over Bluetooth, and the Hi-Res Audio-certified soundbar supports lossless 24-bit/96kHz audio playback. The soundbar also boasts LG’s AI Sound Pro mode, which automatically analyzes the audio and “applies the best sound settings” for whatever is currently playing, LG says.

The LG GX Soundbar is set to arrives in stores on the week of July 20.

Updated shortly after publication to change the retail price of the LG CX Soundbar to $999. An LG rep said that the $1,299 price included in LG’s pre-brief materials was incorrect.